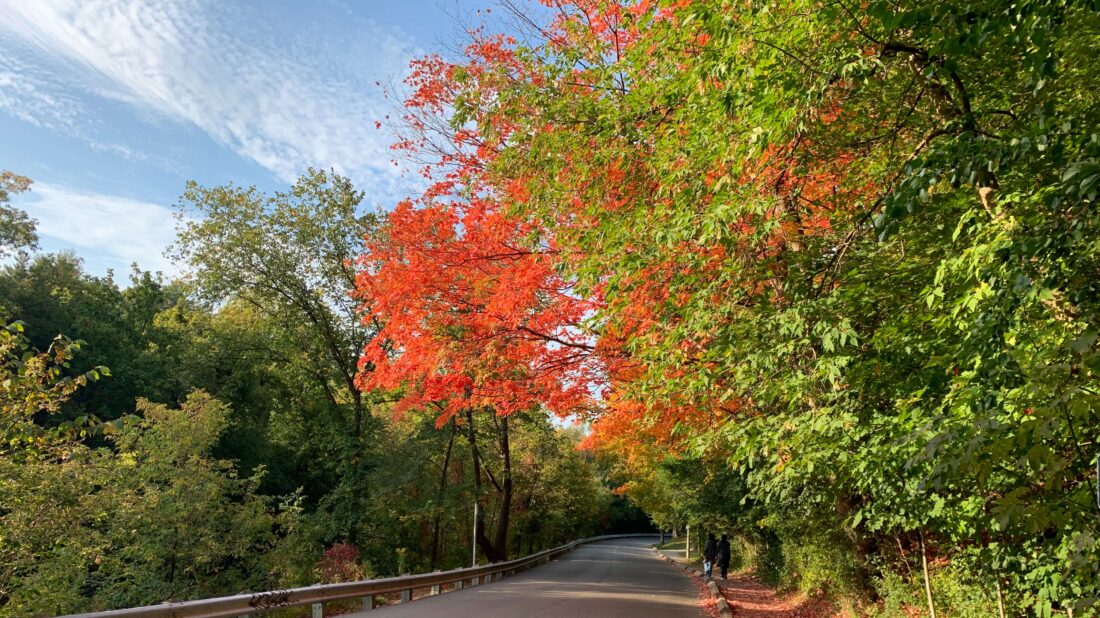 The leaves are starting to turn at Sunnybrook Park.

With local COVID-19 numbers rising and winter coming, no wonder people are feeling more anxious than ever. What better reason to get outside for some physically distanced exercise and fresh air? In this series, I explore some of the city’s parks and streets. This week: the popular Sunnybrook Park and its elegant neighbour, Sherwood Park. The six-kilometre route takes you from Eglinton and Leslie to just below Lawrence and Yonge.

Currently, access to Sunnybrook Park is limited because of the construction of the Eglinton Crosstown line. It’s best to enter at Leslie and Eglinton. If you take the TTC, eastbound Eglinton and Lawrence buses from Eglinton station will let you off steps from the park entrance.

If you enter off Leslie and travel north, the paved main path is wheelchair accessible. But keep in mind that the road gets quite busy (I went on a Saturday) and for picnics, some of the grounds are hilly. Sherwood Park is far less accessible, with lots of stairs and some steep cliffs. 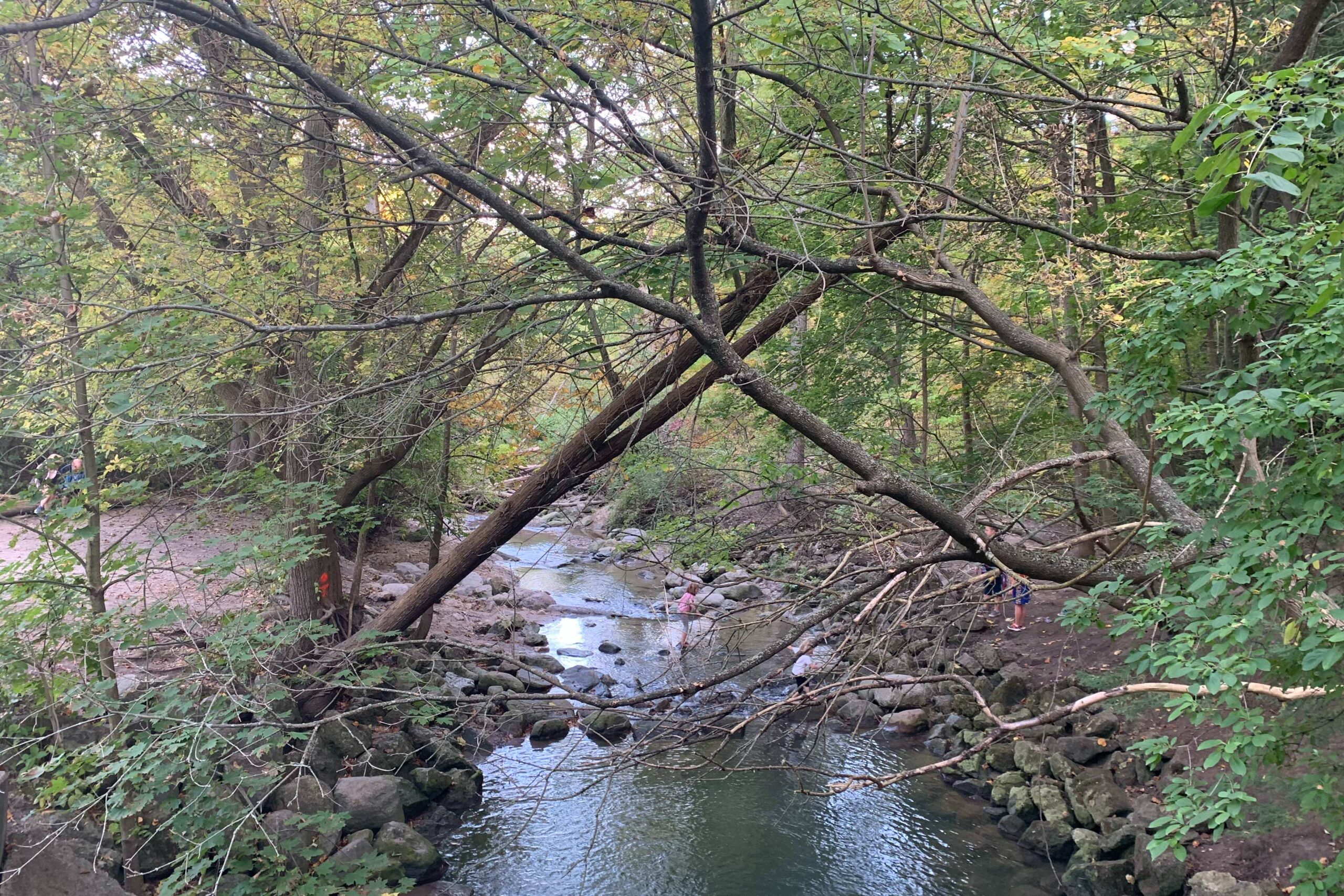 Glimpsing the western part of the Don River is a trail highlight.

What will you see and who’s there?

Since the main road is heavy with cars and cyclists, Sunnybrook Park doesn’t seem like much of a park at first. But keep walking and you’ll encounter several pleasant picnic areas. (To the south, you’ll connect with E.T. Seton Park, which I covered on a previous walk.)

I went late on a weekend afternoon, and large groups of people were taking advantage of the barbecues, tables and the chance to be out in nature. One group had even strung up lights on a tree to give them mood lighting come evening.

There are plenty of public washrooms. If you keep on the main road, you’ll find various sports fields. And if you travel north along Wilket Creek Trail by foot, you’ll find the sumptuous Edwards Gardens.

Travelling northwest in Sunnybrook Park, there’s a nearby ravine with many places to sit and take pictures. There are also little nature trails to take you deeper into the surrounding forest. 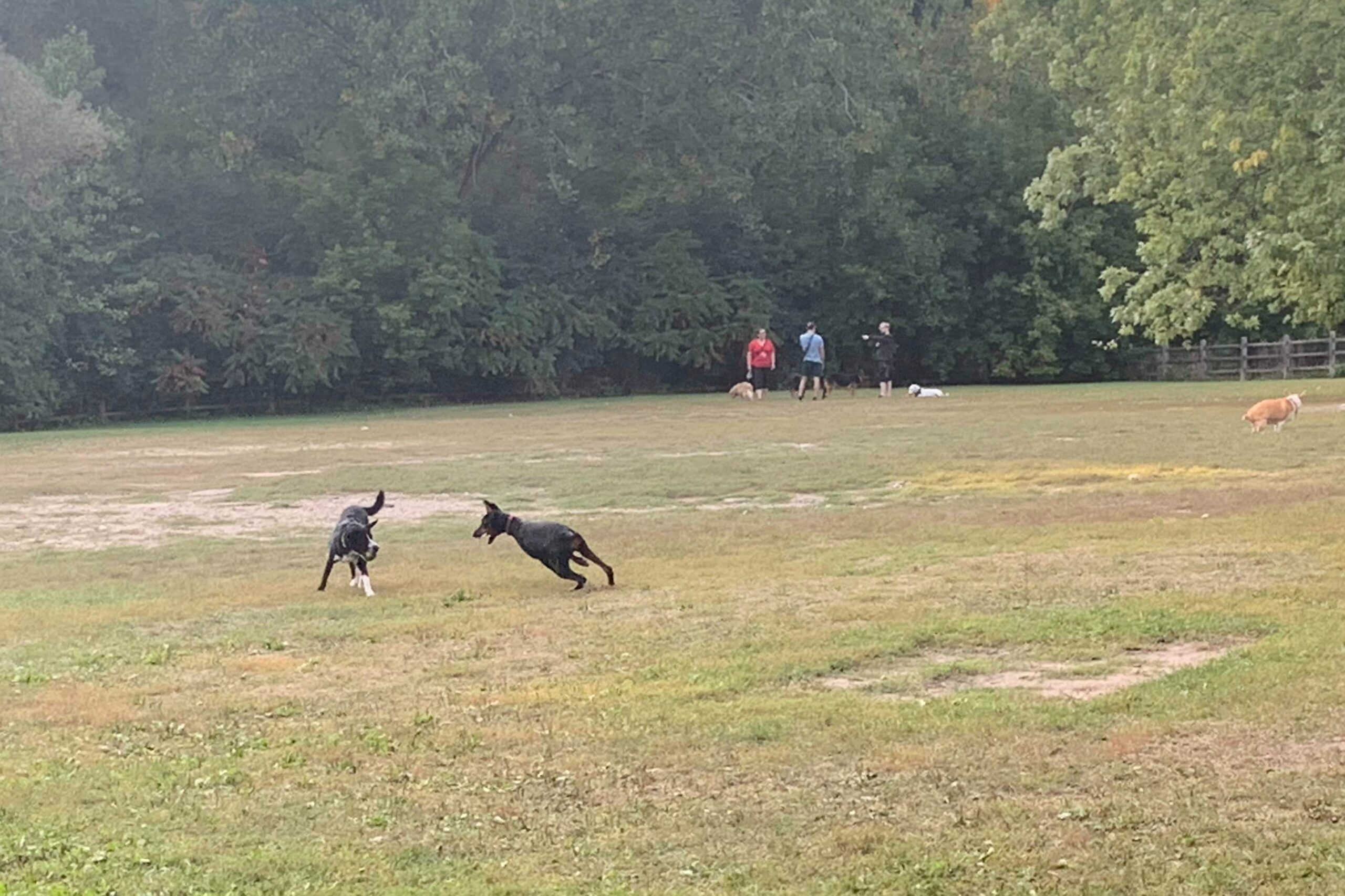 One of the highlights of Sunnybrook Park is its enormous dog park. If you’ve got some restless canines, it’s worth the trip to let them loose there. Latched gates ensure the animals don’t get out.

From the dog park to Sherwood Park you’ll encounter a Robert Frost moment, although the diverging roads aren’t in a yellow wood. (Some signs would have helped.) You can travel along the ravine, which I assume takes you right into the next park. Or, like me, you can take the high road, an extremely steep path that will work your glutes.

After passing what I assumed was the Don River, I hugged the forest, passing by the Toronto Rehabilitation Institute. This path was private but a little scary, even during daylight. Gee. If a journalist falls in a forest and no one is around to hear him, does he make a sound? 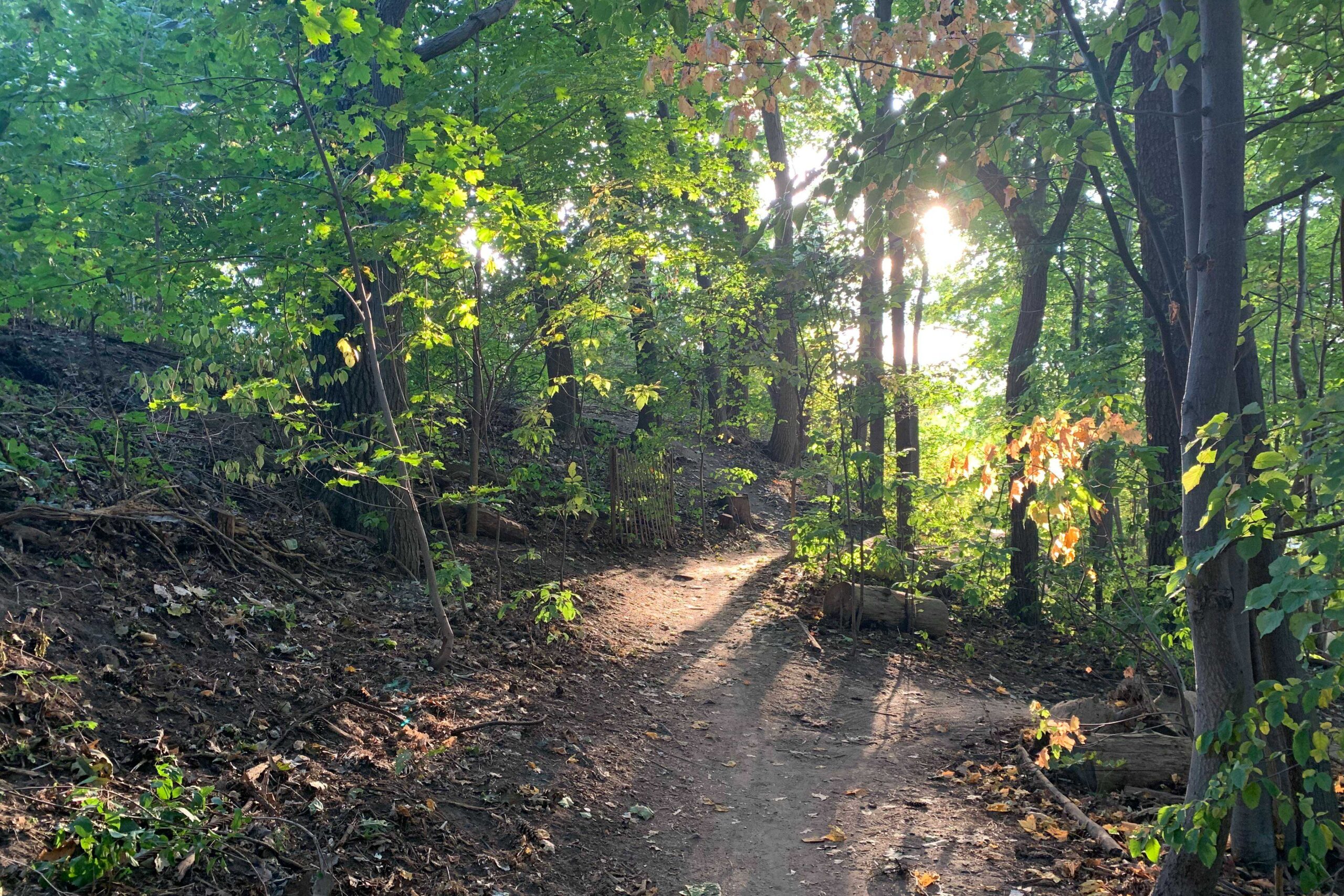 After being a bit lost, I saw the light, which led me to Sherwood Park.

Eventually, I made it to a clearing, which led me to Bayview; across the street was the Sherwood Park entrance.

Somehow, I stumbled upon a nature trail, which gave me privacy and lots of space. Eventually, I made it down to the main path, which led to a big playground. Sherwood Park has so much character you could spend hours exploring different areas. 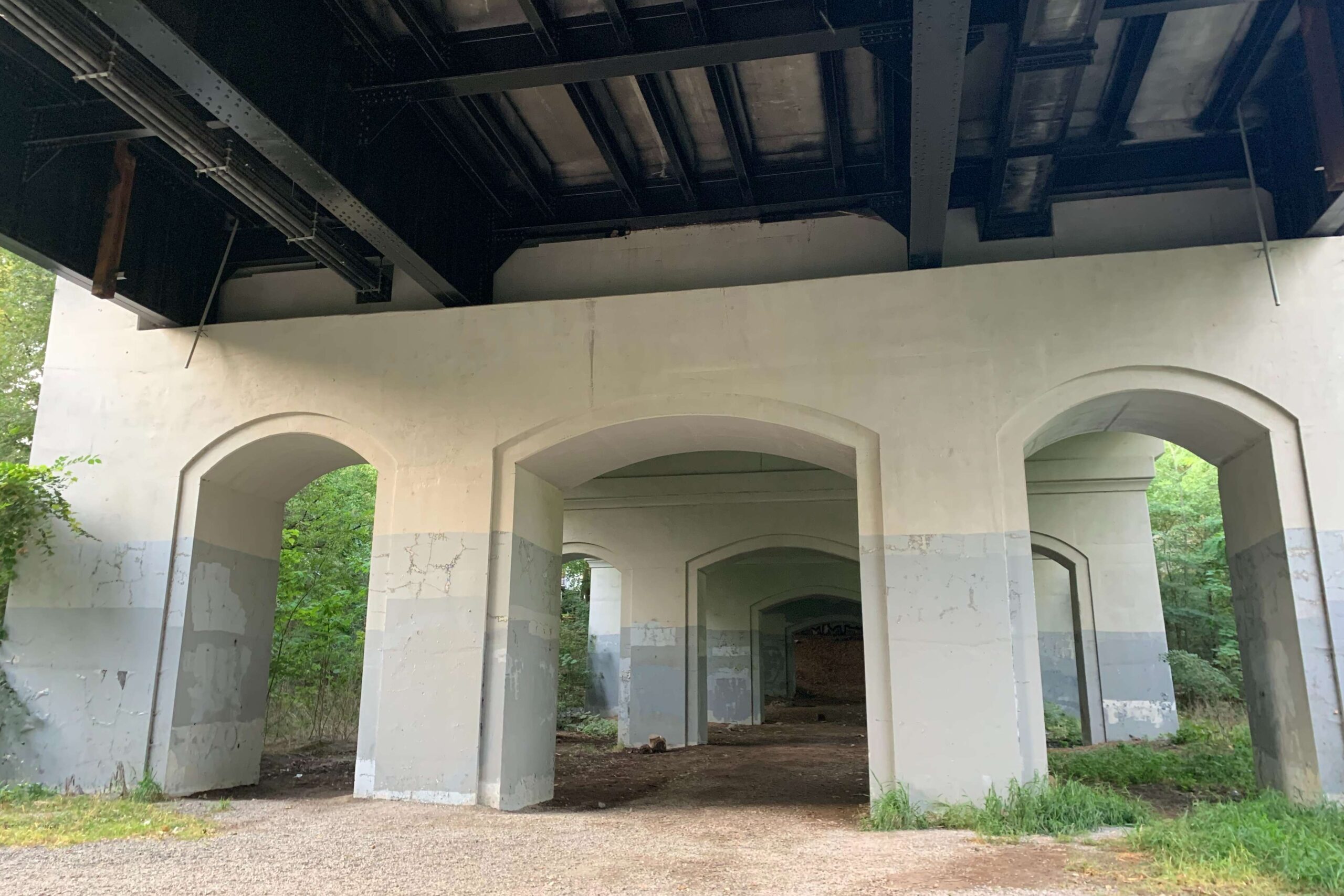 Wouldn’t this make a great venue for outdoor theatre?

This was one of my strangest, most circuitous walks yet. I wish there were clearer signs connecting one park to another. Then again, sometimes it’s nice to get off the well-worn path and make some discoveries.