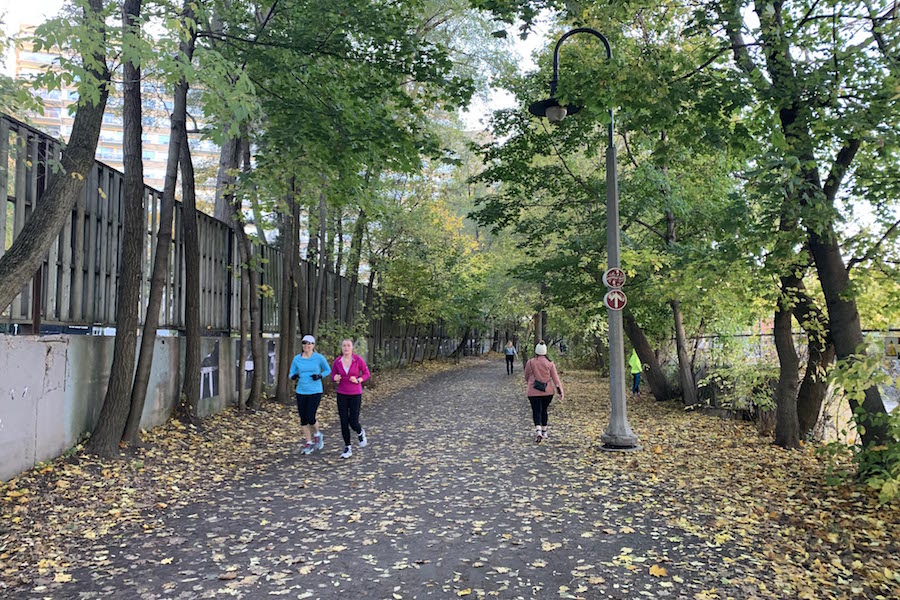 Whether you’re a seasoned walker or a couch potato, a bit of outdoor exercise – with something interesting to look at – will do you good during the pandemic. In this series, I explore some of the city’s parks and streets. This week’s walk: the Kay Gardner Beltline Trail, a leaf-strewn midtown jaunt that is so pleasant it could act as a gateway walk to longer outings.

The entire beltline trail – so named for the Toronto Belt Line Railway, built in the 1890s – covers about nine kilometres, from Caledonia in the west to Bayview in the east. But the middle section, which goes from Merton and Mount Pleasant west to the Allen Expressway (just north of Eglinton), is the most popular part. It’s named after Kay Gardner, a former city councillor. 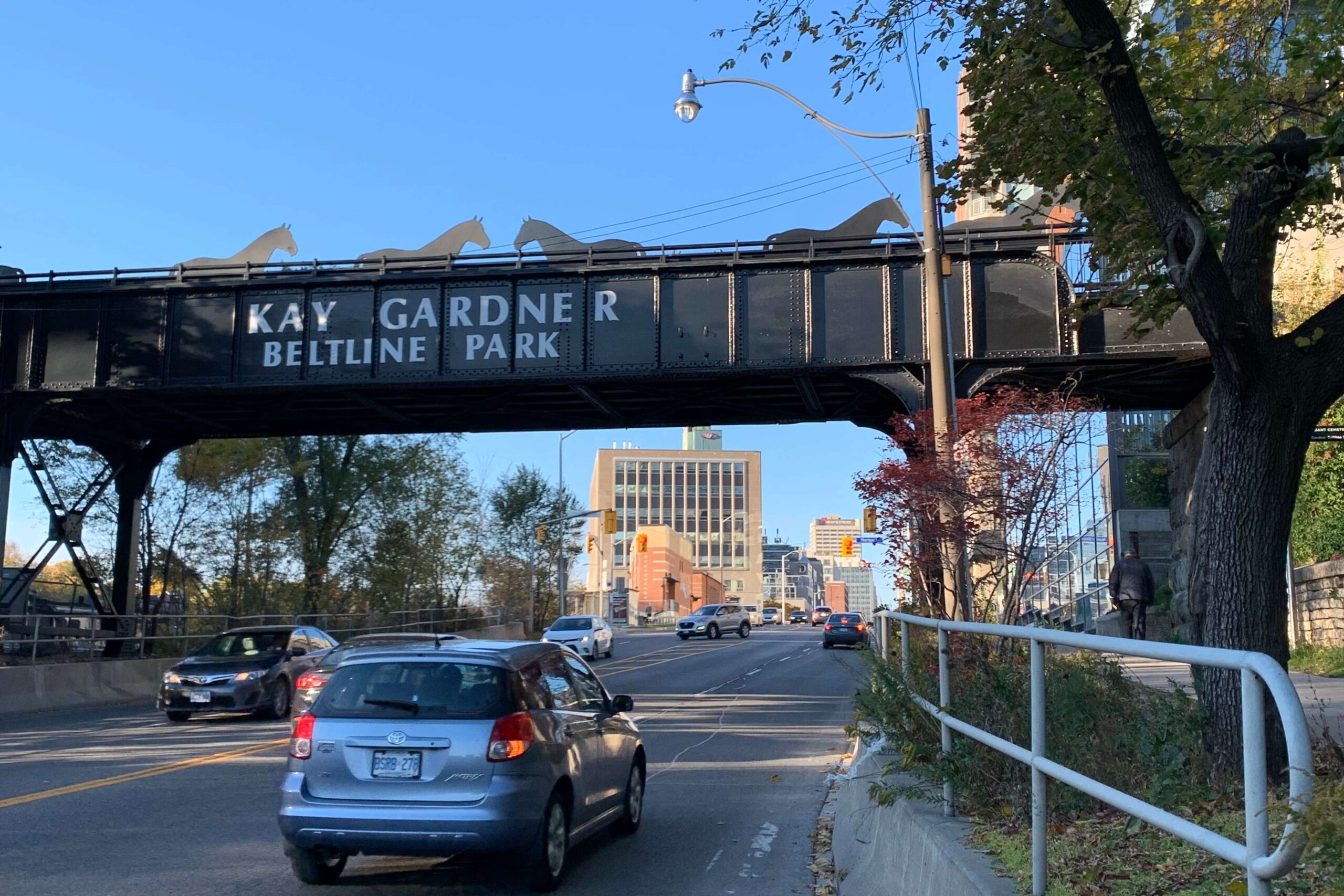 Join the horses on the Kay Gardner Beltline Trail entrance off Yonge.

I joined at the Yonge entrance, just north of Mount Pleasant Cemetery, which I covered in a previous walk. (It’s just south of the Davisville subway station.) The four-kilometre walk took me about 40 minutes.

Although the Yonge entrance – it’s hard to miss, because of the advertising on the bridge – is by staircase, there are more accessible entrances from intersecting roads along the way. Try Avenue, Oriole Parkway or Russell Hill. The path itself is wide and fairly flat, though, so once you’re on you should be fine.

After admiring the cut-out metal horses atop the bridge over Yonge, you can walk west and check out the Davisville subway yard below and do some TTC trainspotting.

After that, it’s basically a mile or two of walking under a tree-covered canopy. The route must be especially nice in summer, with the foliage offering shade even at high noon. Just past Avenue, there’s a little area indicating Upper Canada College Station, one of the stops on the original belt line. 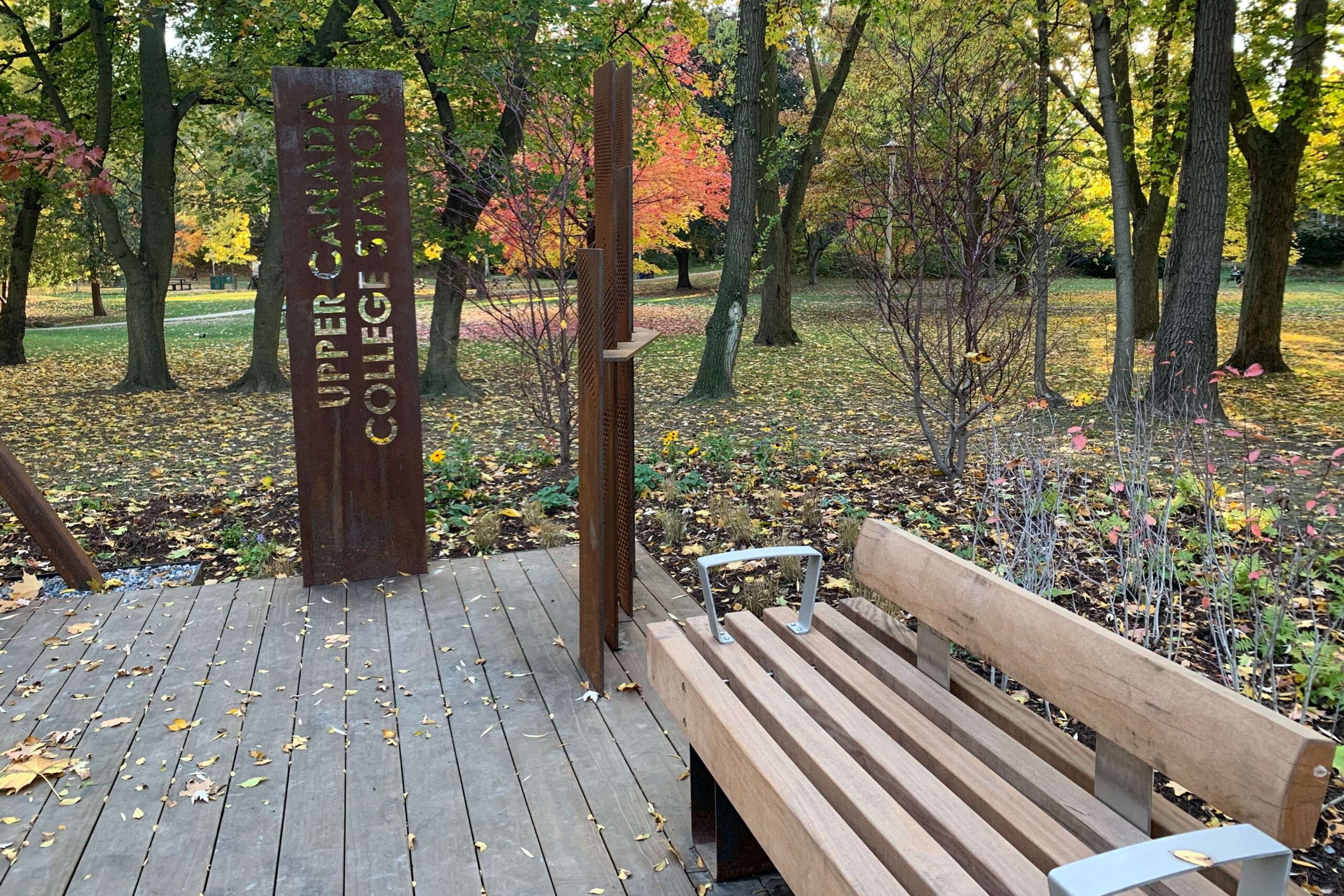 A little area indicates the Upper Canada College Station stop from the original rail line in the 1800s.

Speaking of those homes, most have erected fences for privacy, but a few remain open, meaning strangers could conceivably walk into their backyard and stare in their windows. Haven’t the owners watched any scary movies?

This leg of the Beltline Trail is probably busier than the other two combined. That’s partly because of its proximity to two subway stops – Davisville in the east and Eglinton West in the west – and the many entry points. Some home owners have even installed ramps to their backyards for easy access. 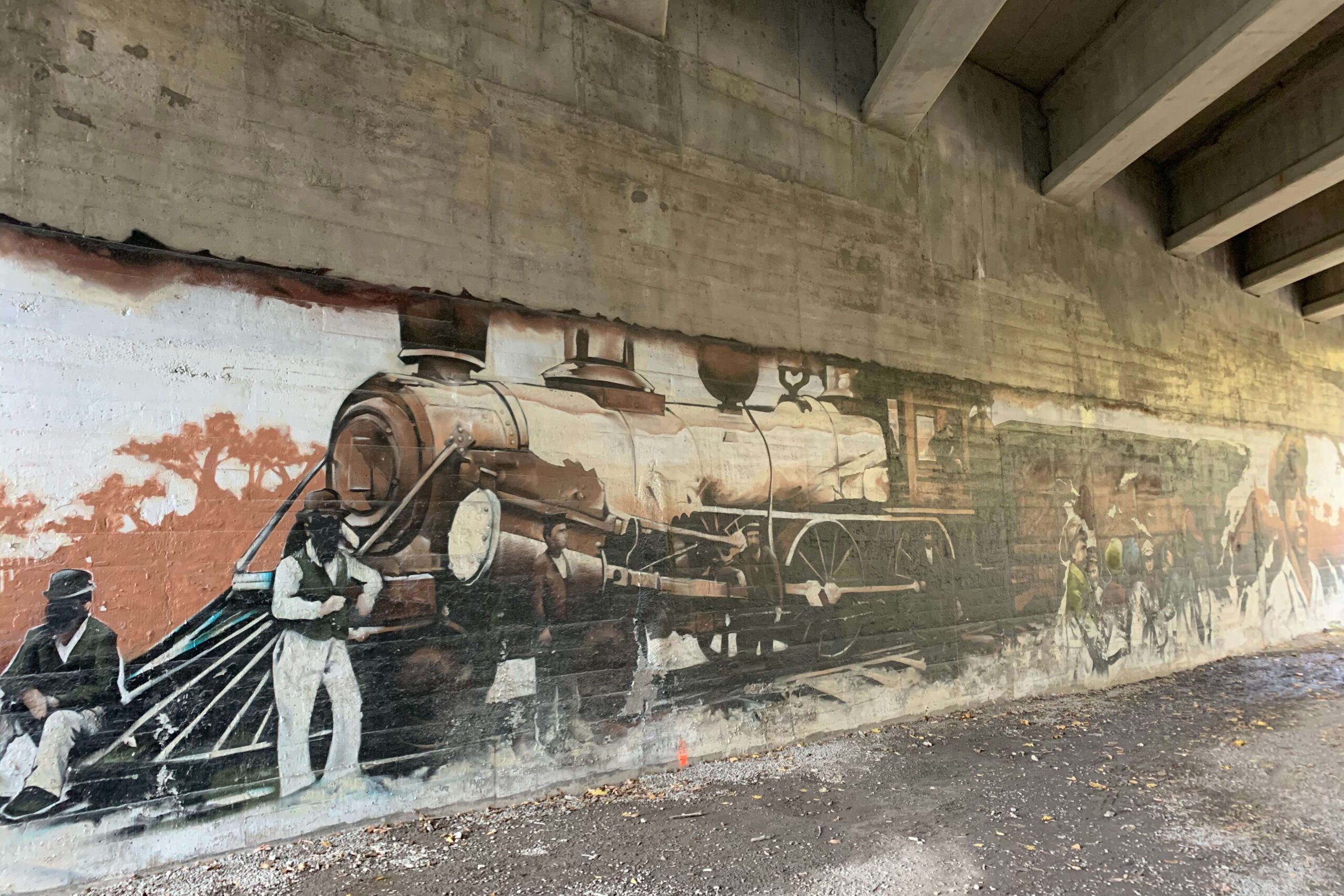 Murals on an underpass illustrate the belt line’s history.

At the end of a weekday, the path was busy but not overwhelming. The trail itself is fairly wide. Apart from pedestrians, there are a lot of joggers. That makes sense, because the smooth soil surface is easier on the joints than asphalt. (It might not be so nice in spring, when the path is muddy.) There are also cyclists, most of them going faster than the 15 km/hour limit.

The main shortcoming of this trail is that it’s a little same same. And there are sections where you have to cross busy streets like Avenue – with no traffic light to give you the right of way. Good luck getting across in a wheelchair during rush hour.

Still, because of the flatness and easy accessibility of the Kay Gardner Beltline Trail, this could be a suitable walk for beginners. And as I neared the end of the path, the late sun peeking through the branches, it was quite lovely. 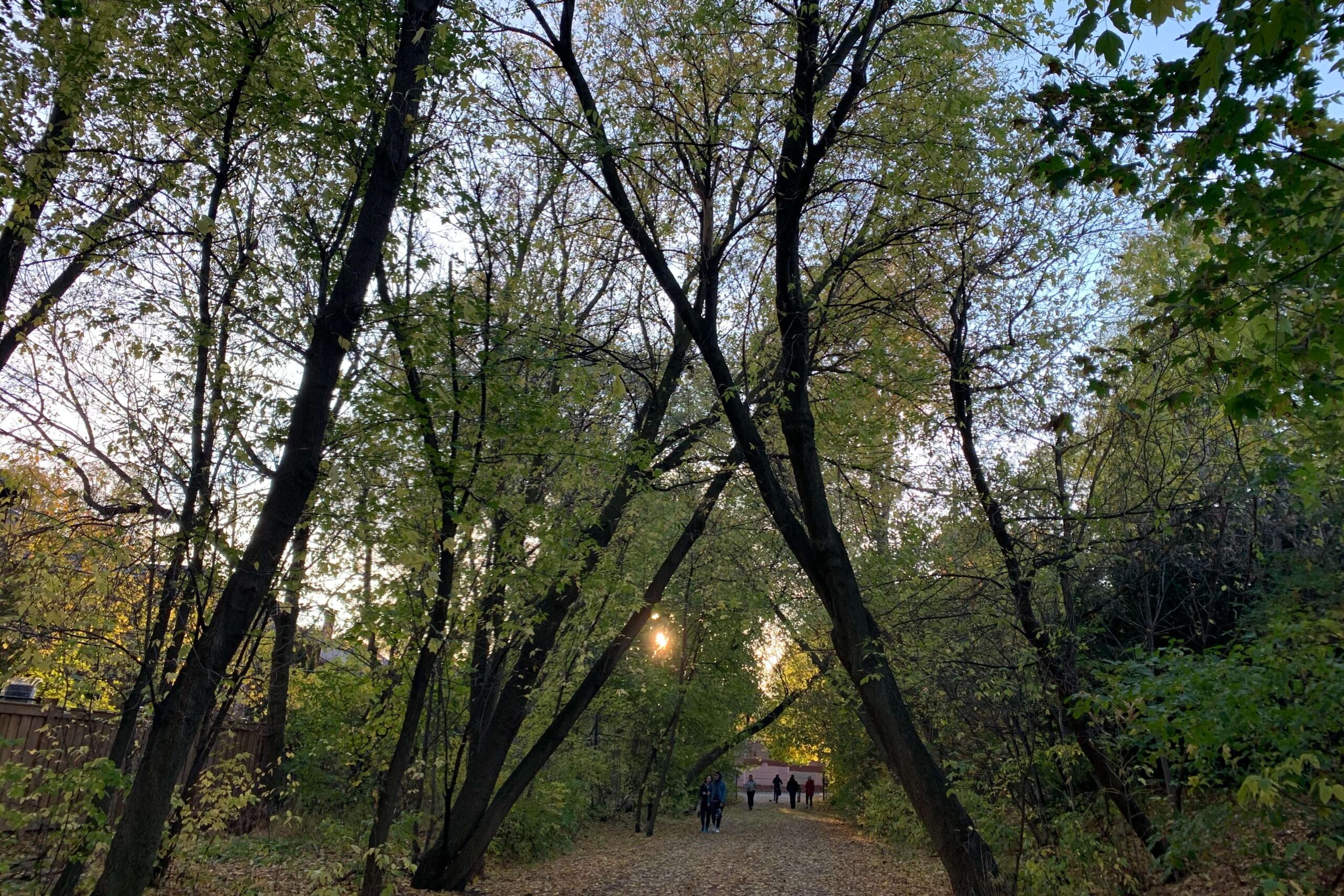 The railpath is quite lovely as the late afternoon sun peeks through the trees.

Unfortunately, there wasn’t a good sign telling me I could keep going west and join the York Belt Line by crossing Elm Ridge. But the sun was fading, and I had to head back downtown. And it turns out I wasn’t very far from one of my other walks: Cedarvale Ravine. Maybe next time I’ll do the whole thing.