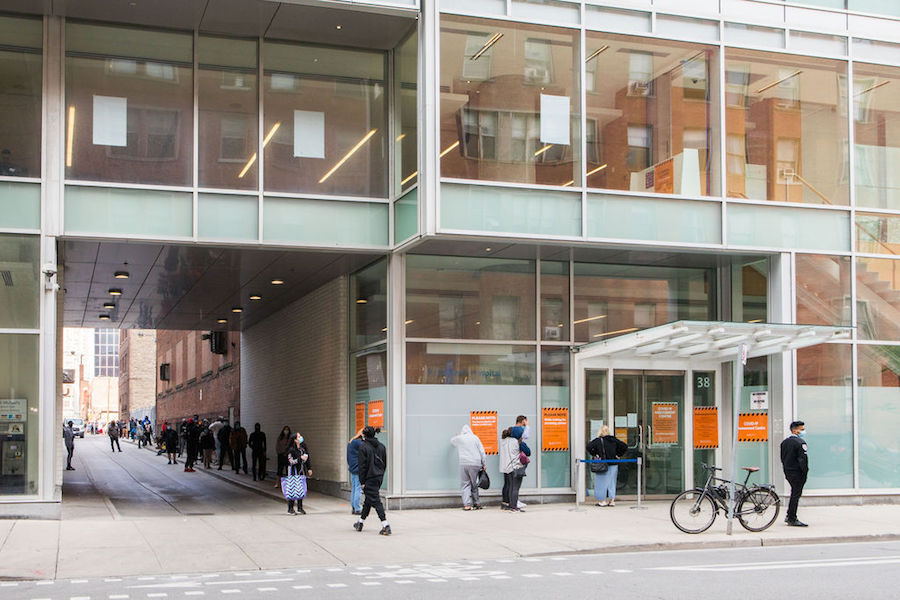 Since global protests in response to the police killings of unarmed Black people swept the world in June, many institutions are being forced to grapple with systemic racism.

In just one example, Black health-care workers in Canada have voiced concerns about how the health-care system fails Black Canadians.

Throughout the pandemic, research has shown that Black people are more likely to be hospitalized and face negative outcomes from COVID-19. Data from Toronto Public Health found that even though Black people are only nine per cent of the city’s population, they make up 23 per cent of COVID-19 cases, prompting calls to collecting race-based provincial data on the virus.

Numbers like these demonstrate a failure of the system to account for race and racism in health-care treatment and research, experts say.

Aisha Lofters, the chair in implementation science at the Women’s College Hospital, researches the impact of gaps in diversity and representation in health sciences. Not only should there be more explicit federal and provincial funding for race- and racism-focused research, she says, but there should be explicit support for Black and Indigenous researchers.

“Without researchers from those communities, there might be no work and research done to develop initiatives that can benefit the communities,” she says. “The other thing that can happen is that people do come in and do research, but it can be tokenistic and lead to further stigmatization and develop distrust.”

Lofters notes there is a long history of distrust in Black and Indigenous communities due to data being used to further stigmatize or harm communities. Without research that specifically addresses marginalized communities, Lofters says, existing gaps in health care could get worse.

“If you focus on the margins, that will actually benefit everybody. If you create a system that benefits the marginalized, others won’t get left behind,” she says.

Jennifer Bernard, president and CEO of the Women’s College Hospital Foundation, says prevention is key. If people avoid the health-care system out of distrust, then they will show up at hospitals only when they are incredibly sick.

“Which is what happens with Black women in particular because they distrust the system or they don’t have access to it,” she explains. “It takes so many more resources to get them better, or try to save their lives. And we’re all paying into that system.

“Keeping people healthy, giving people access to health care, throughout the continuum of their life is far more effective from an economic point of view,” she adds.

Bernard says part of that battle is combatting the systemic racism within health care.

“When you’re sick and you don’t have a family doctor, especially if you’re Black, you’re not being recommended to specialists. When Black people are dealing with a mental health issue, instead of medical support showing up, it’s often the police who show up,” she says.

Bernard says these compounding issues create a “perfect storm” for a community to be in constant crisis.

“If we solved it in advance, instead of it becoming a crisis, we will see less people in the emergency department, fewer people with chronic diseases, and our whole entire healthcare system would benefit.”

Inclusive education a necessity for change

“Although there’s been this outcry for support from the Black community, it got stopped,” Bernard says. “At some point, there’s a bottleneck where it doesn’t get to the front of the line.”

She says it’s critically important to have Black leaders who are able to keep moving the agenda forward.

“Having advocates and allies who are both racialized and from the dominant culture is important, but it’s so important to have Black leaders able to speak for ourselves and speak with authority on our lived experience,” she explains.

Marissa Joseph is one of only six Black dermatologists in the country. Many skin and hair conditions and diseases show up differently on Black skin, but medical schools typically use white skin as examples in class. This means doctors may be unfamiliar with what certain conditions look like on Black skin, she says, leading to misdiagnosis or a lack of diagnosis.

Joseph says education around cases specifically dealing with Black skin and South Asian skin has to start early, during medical school in order to address racism in health care.

“Family doctors and essentially all doctors that are going to encounter patients with skin issues. So even as a non-dermatologist, we need to increase their teaching and exposure,” she says.

Bernard stresses that with any changes to address systemic racism in health care, Black people need to be involved in the decision-making.