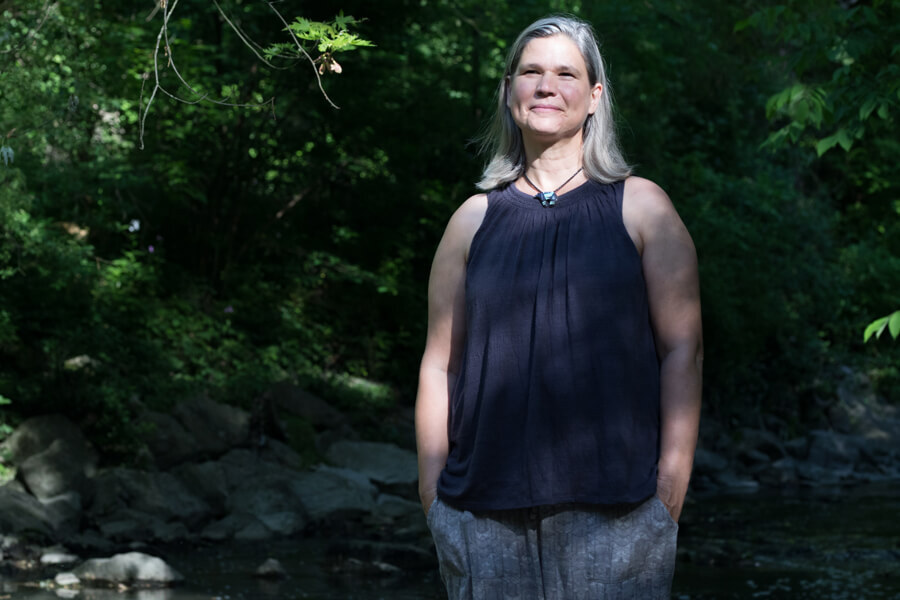 The centre was established as a response to the disproportionate effect the virus has had on Indigenous communities. It offers case management, contact tracing, outreach support and referral services to Indigenous community members.

There is already a mobile testing centre in Toronto that operates out of an RV. Located in a Na-Me-Res (Native Men’s Residence) building, the new centre’s name, Auduze Mino Nesewinong, means Place of Healthy Breathing.

Steve Teekens, the executive director of Na-Me-Res, says the centre will start out with shorter hours than other testing sites. There will be four four-hour blocks of time throughout the week: Monday from 1 to 5 pm, Tuesday 4 to 8 pm, Friday 10 am to 2 pm and Saturday 11 am to 3 pm.

Responding to a need in the community

Teekens says the idea for an Indigenous-led COVID-19 testing centre came after the Na-Me-Res shelter dealt with a COVID-19 outbreak in late March.

“There wasn’t a heck of a lot of help at that time, and we navigated our way through that basically on our own without much outside assistance,” he says.

After that experience, Teekens says one of the shelter’s managers suggested they offer up one of their vacant buildings for a COVID testing centre. Teekens reached out to community partners to collaborate to create the centre.

The centre is a collaboration between Na-Me-Res, Seventh Generation Midwives Toronto (SGMT), Well Living House at St. Michael’s Hospital and the Centre for Wise Practices in Indigenous Health at Women’s College Hospital.

“We know that Indigenous people face a lot of inequities when it comes to social determinants of health, and ‘for Indigenous, by Indigenous’ is one way to eliminate racism within the health-care system,” he explains.

Pre-COVID data from Statistics Canada has shown that there are higher risk factors for urban and rural Indigenous people.

For those living in remote communities, health-care services are less accessible. There are also high levels of pre-existing health conditions among Indigenous people, along with inadequate or multigenerational housing situations leaving them vulnerable to infection.

“It’s common for some Indigenous people to not even want to go to a hospital. So we offer this testing centre in a non-hospital setting and in a culturally safe setting,” Teekens says.

He says that many of the people involved in the testing centre have taken cultural competency courses. Additionally, he says some of the physicians and one of the nurses are Indigenous.

The Indigenous-led testing centre is launching alongside the We Count COVID-19 Indigenous database, a research project meant to bridge the gaps in data on the pandemic’s impact on Indigenous communities.

We Count COVID-19 is being led by Well Living House, the Indigenous health research unit at St. Michael’s Hospital, and Janet Smylie, the unit’s director, is the project’s principal investigator.

Smylie has been involved with investigating and tackling health-care disparities in Indigenous communities over the years, such as Our Health Counts Toronto, which she describes as “by community for community Indigenous health assessment in Ontario cities.”

“We’re basically doing what Toronto Public Health is doing for everybody else. But we’re doing it parallel to TPH, because the TPH system doesn’t allow us a safe opportunity to self-identify as Indigenous,” Smylie explains.

Aside from collecting basic data about testing positivity among Indigenous people, the research project will ask respondents for other necessary information during a public health epidemic, including access to testing and COVID-19 risk factors such as chronic disease and multigenerational housing situations.

“To get counted as Indigenous and infected with COVID in Toronto, you’d have to feel comfortable going to get tested. You have to have a fixed address or phone number where somebody could reach you with your positive diagnosis,” she says. “Then you would have to be willing to pick up the phone from Toronto Public Health. And then you would have to feel comfortable sharing your Indigenous identity with a stranger.”