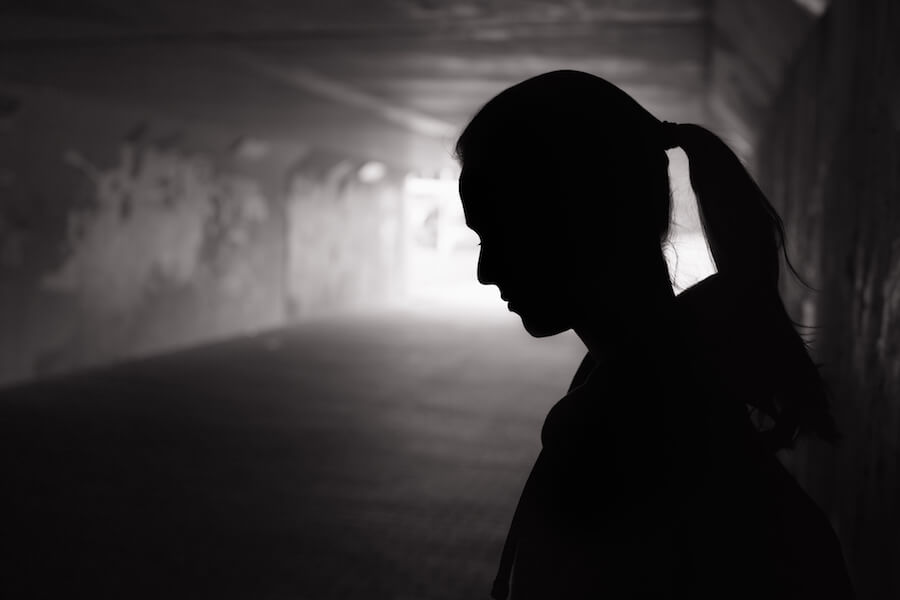 When Tiffany McCue was hospitalized after a suicide attempt, she doesn’t remember anyone coming to speak to her about her experience. Instead, she just spoke to a psychiatrist.

“It’s way different than speaking to someone about what you’re going through,” she explains. “A psychiatrist is there just to diagnose you, give you some pills and send you on your way.”

McCue’s experience with suicide prevention and response came later, as she learned more about her Indigenous culture and roots.

“It’s definitely given me a sense of belonging and a sense of purpose – a sense of identity,” she says.

She started to learn about the history of Indigenous people, as well as the culture. “That’s when I really started to get involved in Indigenous organizations and started seeking out knowledge keepers and Elders to share information with me and answer the questions that I have.”

That journey eventually led her to the Feather Carriers: Leadership for Life Promotion, a community mobilization strategy that focuses on Indigenous concepts of life promotion.

“It’s kind of the opposite of suicide prevention, right? It’s more about wanting to promote life rather than prevent death,” McCue says.

Looking at the numbers – and beyond

Discussions and research around suicide prevention often focus on “high-risk” groups and communities that have higher overall rates of suicide in Canada.

Indigenous communities are often one such group. Between 2011 and 2016, Statistics Canada reported the suicide rate among First Nations people was three times higher than among the non-Indigenous population. Among Métis, the rate was twice as high, and for Inuit it was nine times higher.

As the coronavirus pandemic enters a second wave, all Canadians are grappling with an evolving set of mental health concerns.

But mental health professionals warn that simply knowing the stats can’t be where the work ends.

Juveria Zaheer, a CAMH researcher who specializes in suicide prevention, says the conversation around who is at risk is often limiting.

“When we say this is a high-risk group, the implication sometimes is that the risk lives within someone; that there’s something inherently different about them,” she says. “Really, I think the risk comes from differences in access to care, or experiences of trauma or oppression, or the way we’re socialized.”

McCue says she sees media reports on statistics about suicide in Indigenous communities all the time. But rarely is there a deeper well of information to provide context.

She says that connection was also missing from her experiences with the health-care system as an Indigenous person – and all people dealing with mental health and suicidal ideation.

“If someone goes to the hospital for help because they want to die, and then they get sent to a mental health institution where they’re isolated in a room with strangers, and they’re locked away,” she says. “They have to wait for their appointment. They have to get in line for dinner. It’s so humanly disconnected.”

From suicide prevention to life promotion

In Ontario, any doctor can, upon psychiatric assessment, decide to admit a patient involuntarily to a mental health facility. To do so, police or other authorities will detain the person.

But Zaheer notes that when a history of trauma is coupled with the trauma of dealing with suicidal thoughts, forced detainment and the presence of police can compound the problem further.

“Taking away people’s options can make it very difficult to engage in care and can reproduce feelings of incarceration, discrimination and oppression,” she says.

“What we found is there’s a tremendous amount of variability,” she says.

At some institutions, young people are handcuffed no matter what; at others, students can go to the hospital with a friend or a nursing team. Or the student health centre will try to avoid sending students to the hospital completely.

“In showing how things can be otherwise, we can create a more humane and dignified system,” she says.

McCue says the life promotion concepts she has learned through Feather Carriers make more sense to her than more mainstream “suicide prevention” strategies. “Learning that life is good, and life is worth living – that’s what spoke to me,” she says.

The idea of suicide prevention has shifted and changed over the years. It started, Zaheer explains, through medical treatments that address the underlying mental health conditions often connected with suicide. Once doctors found treatments that worked, the next focus was on ensuring everyone could access these mental health treatments.

But Zaheer says that the idea of suicide prevention could and should encompass more than just the prevention of death.

“Another way of looking at it is creating a world where every life feels worth living. That means access to high-quality mental health care, understanding communities and co-creating interventions with communities,” she says. “It means tackling social determinants of health, racism, inequality, housing – all of those pieces.”

Suicide prevention should look different for different so-called high-risk groups. And knowing how risk manifests differently in different groups is essential to that, Zaheer says.

“When we’re doing our research, the question is pretty simple. When you were experiencing suicidal thinking, what did you need? What would you have wanted the system to do for you?”