With British Columbia facing a potential second wave of COVID-19 cases, public officials in Ontario are watching the westernmost province closer than ever 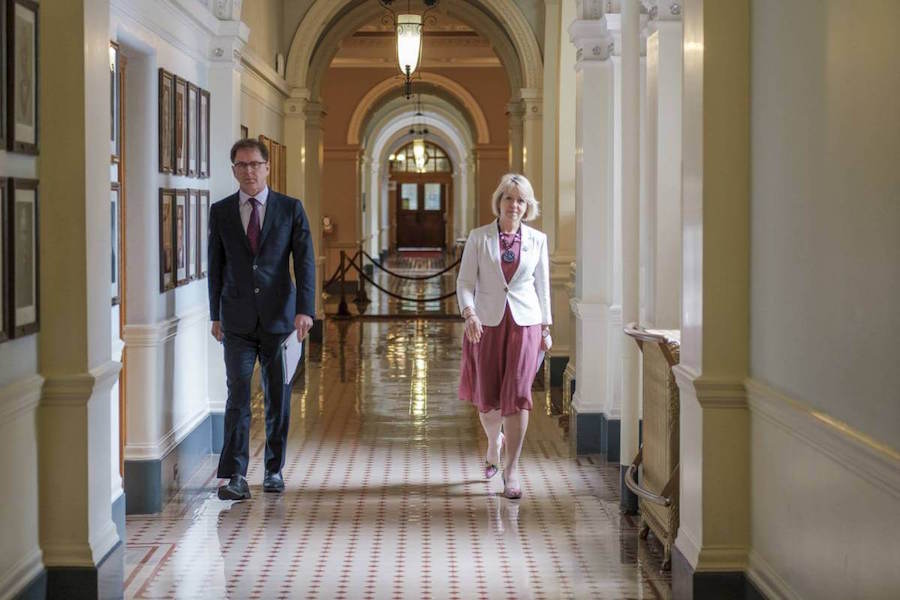 With its trans-Pacific travel routes, population demographics and nearness to Asia and Washington state, many experts anticipated the COVID-19 pandemic would hit British Columbia hard.

What happened there defied many expectations, however.

University of Ottawa health sciences associate professor Raywat Deonandan was among those who believed so, based on those reasons plus the opioid epidemic and what BC physicians had told him.

“The rate at which it got under control was a little shocking to me,” Deonandan explains over the phone from Ottawa.

Like how some of the earliest-hit locations close to China – including Taiwan, Vietnam, Thailand, Australia and New Zealand – responded more effectively than some farther-flung places (Iran, Italy, Spain, the U.S.), BC got the curve under control faster than Ontario and Quebec. While parts of Ontario entered Stage 3 on July 17, Phase 3 began in BC about a month earlier – on June 24.

Most of Ontario’s 34 public health units will be in stage 3 of the provincial reopening plan this Friday. Toronto, Peel Region and Windsor-Essex will remain in stage 2.

Though BC’s “surge” of 102 confirmed COVID-19 cases since Friday is lower than Ontario’s daily increases – 203 on Tuesday, 135 on Monday, more than 160 on Sunday and Saturday – modelling numbers suggest BC numbers could rise.

And public officials are watching. Toronto Mayor John Tory recently called on Premier Doug Ford to place added restrictions on dine-in restaurants and bars ahead of the city’s move into stage 3 of the reopening plan.

With BC now facing signs of an upward curve, the westernmost province could provide some hint of what may be to come for Ontario, while what it has done effectively so far may offer some suggestions of howOntario could benefit over the long term.

BC’s school spring break, from March 15 to 26, took place later or lasted longer than those of Quebec (March 2 to 9) and Ontario (March 16 to 20). Prior to spring break, Henry had approved of people visiting outdoor-oriented locales, such as Whistler. However, large numbers of infected travellers returning to Quebec from abroad prompted BC’s warning not to travel.

Deonandan credits BC with testing quickly and effective data-sharing (BC used its own test while other provinces had to await federal confirmation). And, after health-care staff working at multiple long-term care or assisted-living facilities were found to be virus transmitters, BC implemented a single-site strategy for workers earlier than Ontario and Quebec.

However, Deonandan feels that all regions failed in hunting cases down as they arose, and that even B.C. was slow to start that process.

“Given that it’s an asymptomatic pandemic, you can’t just rely upon symptomatic people to present themselves – you’ve got to go out and find the asymptomatic ones,” he said.

However, Dix said the early testing in B.C. was “essential” in breaking transmission chains and slowing virus spread, such as identifying a case from Iran and those from Washington state, which recognized new sources of incoming cases not from China.

Dix said that within this province, the places closest to the I-5 transportation corridor and Metro Vancouver struggled the most. Consequently, being early advocates for the closure of the Canada-U.S. border, he said, proved crucial.

Although Dix said that B.C. already had a “fairly good stockpile of PPE” before the pandemic took root, the usage rate increased “exponentially in February and March.” As supply chains from traditional sources like 3M collapsed because of demand, Dix said B.C. had to seek out non-traditional sources, independent of the federal government.

He added that this will remain an issue, as the province has to continue to build up supplies for both the coming period and the long term, increase capacity for testing and contact tracing, and establish a plan for influenza season. 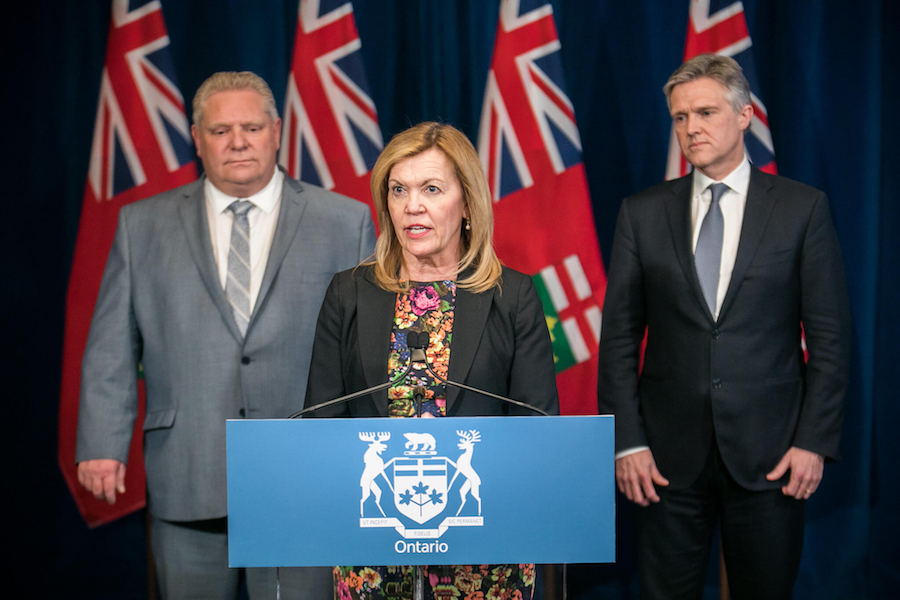 Of course, there are major geographic and population differences between the two provinces.

Dix had also previously stated at a briefing that he thinks BC’s health authorities – five regional health authorities, the First Nations Health Authority and the Provincial Health Services Authority – worked effectively together on a coordinated response, whereas Ontario has to work with a much greater number of health jurisdictions: 34.

In addition, BC’s population (5.1 million) is smaller than those of Ontario (14.7 million) and Quebec (8.6 million) and distributed differently. Also, BC only has one major metropolitan centre, compared with a few in Ontario, as Deonandan pointed out.

Although Dix acknowledged that B.C. didn’t always get everything right, he said he believes that the province’s willingness to adapt is a strength.

While Deonandan noted how Henry has previous pandemic experience, including SARS, to draw upon, he said he admires how she responds to and incorporates new developments.

Both Henry and Canada’s chief public health officer Dr. Theresa Tam previously didn’t recommend masks, but they changed their advice after increased understanding of the virus. And Henry remained consistent in advising that masks protect others, not the wearer, which Deonandan said is accurate, whereas in the U.S. mask-wearing is portrayed as protecting oneself.

While the great mask debate rages stateside, Metro Vancouver citizens may have benefited from being well-acquainted with its sizeable Asian population customarily wearing them and stores selling them. In addition, Chinese Canadians, taking cues from and paying attention to China’s situation, became an advance-warning system in the Lower Mainland by taking precautions such as vacating Asian restaurants and malls – a foreshadowing of what was to come.

In addition, B.C. proved to be innovative as well.

Dix said that the self-isolation system for returning travellers was unique in Canada, and B.C. also implemented a system for quarantining temporary foreign workers (24 of whom tested positive while in quarantine).

Overall, Dix also credits the leadership of Henry, deputy health minister Stephen Brown, and “outstanding [regional] medical health officers,” as well as Premier John Horgan for not intervening as much as other premiers.

Needless to say, Henry’s communication abilities have been widely lauded as crucial in galvanizing the public.

“Enough can’t be said around the singularity of the vision and consistency in messaging and the sobriety of that messaging,” Deonandan said of Henry. “She answers questions quickly and always in a consistent voice and a nonpolitical voice at the same time.”

UBC psychiatry professor and The Psychology Of Pandemics author Steven Taylor also approved of Henry and Dix’s briefings, stating that they have established themselves to be “trustworthy sources” and consistent, in contrast to unreliable or non-science-based political figures.

“They’ve been straightforward; they don’t sensationalize things; they acknowledge uncertainties; their advice is generally sound and practical,” he said by phone.

When asked why Henry was allowed to take centre stage rather than the government, Dix explained that Henry led daily briefings from the outset because he thought medical announcements should come from medical professionals.

“I personally felt it was important to not have… too many spokespeople,” he said, “that we had to give clear messages, that they always had to come from the same place at the same time.”

The differing approaches have led to similar political results. Ford is enjoying a healthy lead in polls a year after getting booed at the Toronto Raptors victory parade. However, B.C. Premier John Horgan’s approval rating has surged to record highs during the pandemic.

In B.C., Dix opted to cover “system announcements,” such as surgeries and strategies, and backed up Henry, often providing stronger stances on political issues including border control and anti-Asian attacks. He explained that their on-camera presentations reflect their organizational structure behind the scenes.

In contrast, Deonandan pointed out how Ontario’s COVID-19 presentations made things unnecessarily complicated, had inconsistent messaging, were unclear about who was in charge and focused on message management more than message transparency.

“We made so many mistakes that we’ll be rewriting the textbook on how to manage this in the future,” he said of Ontario, “but it looks like the B.C. playbook will be one of the positive ones that we will look to rewrite that textbook.”

Nevertheless, he believes that all of public health, including B.C., can learn how to improve messaging and conduct it in a more nuanced and strategic manner as we continue into new stages of the pandemic, with new challenges to face.

This story originally appeared in the Georgia Straight. With files from Kevin Ritchie.