NOW MagazineLifeLearning to be a Black man without knowing my father

Learning to be a Black man without knowing my father

To grow up a fatherless Black boy is to yearn constantly to fill a void – in my case, I sought him in books 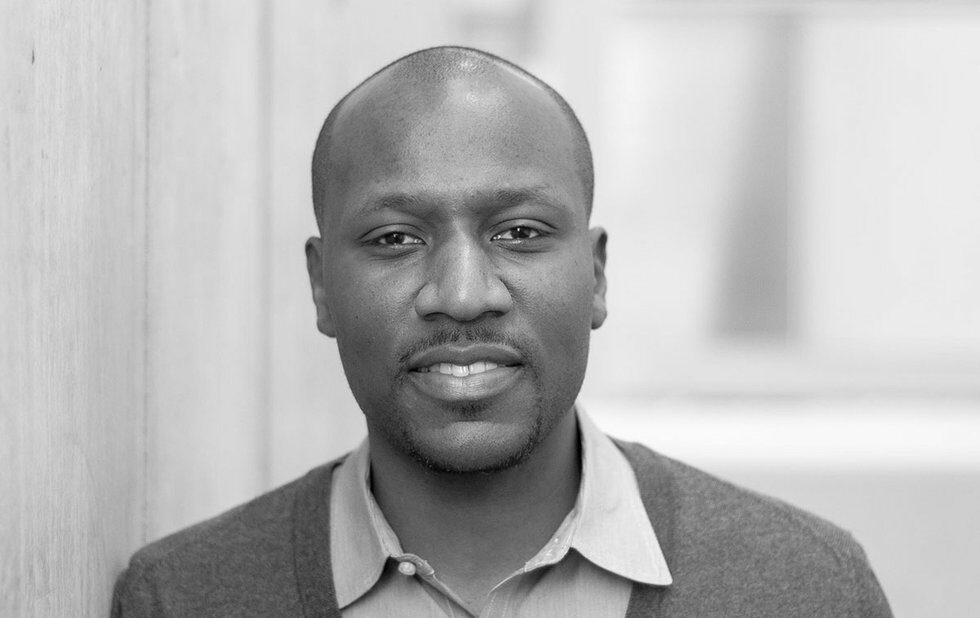 The great thing about absent fathers

Several years ago, I was wrapping up a vacation in my mother’s homeland of Barbados when a phone call interrupted my packing. It was my cousin.

“You’ll never believe who wants to see you off,” she said, her voice dipped in conspiracy and excitement.

I had already made my obligatory farewells in the village, and all of my close relatives would be at the airport later on to say their goodbyes.

Your father. The phrase was foreign to me. It rang slightly untrue.

I had only known of my father in snatches – an old wedding photograph, bits of my mother’s conversation, polite comparisons from relatives about our resemblance as I grew older. He was more apparition than memory, more figment than absence.

The great thing about absent fathers is that you get to invent who they are. The words “your father” were my introduction to fiction, and now, at the most unexpected of times, they threatened to turn upside down all that I had left to the imagination.

To grow up as a fatherless Black boy is to yearn constantly to fill a void in whatever way possible. I’ve heard some say they sought to do this by claiming the love of an uncle. For others, it was an OG on the block or an older brother. We were the lucky ones. For far too many, there is only that void.

In my case, I sought my father in books, particularly biographies of Black historical figures. The Autobiography Of Malcolm X was invaluable in this regard. From Malcolm I learned the importance of discipline, the possibility of self-transformation and race pride. For five consecutive years following my 11th birthday, I re-read his story annually, relying on it as a guide to Black masculinity.

Then I discovered James Baldwin, who challenged my intellect and my homophobia. Baldwin showed how language could heal and displayed a deep humanity through truth-telling and bearing witness.

By university, other men were added to my father-lit: Toussaint L’Ouverture, MLK, Marcus Garvey, Nelson Mandela, Kwame Nkrumah, to name a few. Through accounts written about or by these men, I tried to fashion what I thought manliness was meant to be. Achieving what they had achieved was impossible outright emulation was not an option. But they provided a basic road map, and I scarcely felt the absence of lessons from my actual father because of it.

Of course, books can only take you so far. They cannot console you when you’re really struggling, and they don’t always have the answers. Thankfully, mothers can and often do. And that is what happened, just like that famous line from George Lamming’s In The Castle Of My Skin, I was fortunate that “my mother fathered me.”

Father of my imagination

I approached the airport bar where a smallish man standing off to the side was smoking a cigarette, a tumbler of rum on the table beside him. We caught each other’s eyes. And even though I rehearsed how I would remain straight-faced and nonplussed, I broke into a wide grin. I shook his hand, which was soft and had a kind feeling. He was smaller than I had pictured him, diminutive almost. He looked as though he was being swallowed up by his surroundings. But I was definitely his son. We shared the same receding hairline, broad nose and little black spots on the forehead.

What does one say? It’s in moments like these where we learn the limits of language. I could not manage any words.

“I guess you would like an explanation,” he said, still grinning. I noticed a small tremor in his right hand. He reached for his drink. I shook my head slowly and looked away.

“Can I get you a drink?” my father asked. I was conscious it would be the first – and perhaps last – thing he would offer me.

“I’ll take a beer,” I said. And then he wrapped his knuckles on the counter.

“My son would like a beer,” my father said proudly. “Make it two.”

The bartender nodded as if this prodigal father-son thing had played out before him many times before.

We stood and said nothing. The sun beat fiercely on our faces. Planes roared overhead, their thunderous echo raining down.

Finally, I said: “I heard you lived in England. I didn’t expect to find you here.”

My father frowned. He put his glass down and looked me straight in the eye.

“I didn’t want to meet you like this. My life did not go as planned.”

Then he put his hand on my shoulder and pulled me close. I could smell the rum on his breath. The grin reappeared.

“One day you’ll learn how difficult it is to be a man,” he said. “One day you may even find it in your heart to forgive me.”

But I had already forgiven him.

For what my father did not know – could not have known – was that I had been fathered many times by men who had faced their responsibilities without flinching, men who had demonstrated that their measure was determined through struggle and resilience. Because of their example, I could see my father for the defeated and broken man that he was, and this knowledge would not allow me to harbour any ill will against him.

Time passed. We exchanged some more pleasantries and then it was time to go.

My relatives who were there to see me off enveloped me in hugs, kisses and well wishes. A wave of loving faces carried me to the check-in area. I caught a glimpse of my father through the crowd, standing in the distance, a plume of cigarette smoke snaking above his head.

I wanted to call out to him, to let him know I was happy we had met. I decided to wave instead. He seemed surprised by this, waving frantically with the same hand that held the cigarette. In that instant I knew I would never see him again, that he would once again return to the imagination.

Read our cover story on how Canadians are redefining what it means to be a man here.