How millennials turned owning a rescue dog into a social cause

Purebred pups were once the norm, but socially aware millennials are driving rescue dog adoption 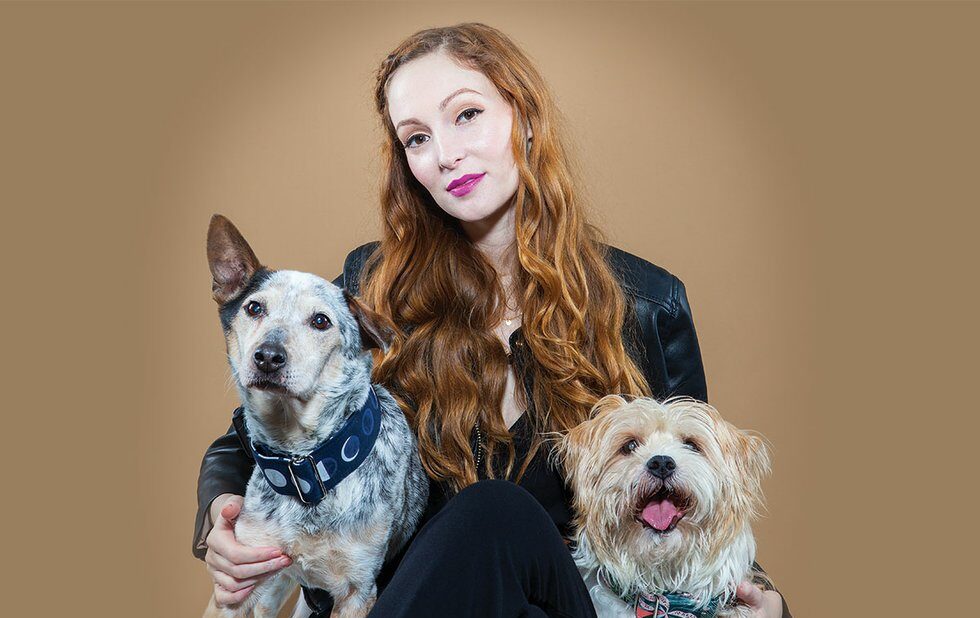 To help the overwhelmed shelters, Simone decided to arrange a van to bring back 10 dogs to re-home in Toronto. Her GoFundMe campaign for the trip went viral and Simone raised enough money to make four trips down to Houston. Since early September, over 120 of the hurricane dogs have found homes here through her rescue organization, Redemption Paws.

Purebred pups from breeders were once the norm, but take a stroll through any dog park downtown and you’re bound to encounter just as many rescue dogs. Over the past five years, dozens of new rescue groups like Redemption Paws have cropped up, specializing in every niche imaginable: dogs saved from the South Korean meat trade black dogs, which are less likely to get adopted small breeds or ones from countries with stray dog epidemics like Mexico, Dominican Republic and Greece.

Although Simone founded Redemption Paws in reaction to Hurricane Harvey, the 32-year-old has been working in dog rescue for over a decade. She first started volunteering at a kill shelter in Aurora, where she had the difficult task of finding homes for dogs destined for euthanasia.

“Back then, when you tried to get someone to rescue a dog, they’d say, ‘Why would I want someone else’s problem? That’s a damaged dog,’” says Simone. “In 2018, it’s like if you don’t get a rescue dog, what are you even doing with your life? It’s been totally flipped on its head.”

I’m not a baby boomer, but I’ve always had a soft spot for purebreds. Like many suburban families, I grew up with a happy-go-lucky golden retriever. For years, I’ve praised the breed’s gentle temperament, loving disposition and adorable perma-smile, proclaiming that one day when I’m older, I will get my own golden retriever puppy.

And yet, an internal moral dilemma arises when I think of the global homeless dog population or see viral photos of a pup cowering in a shelter.

Is it unethical to get a “breeder dog” – which, in some rescue social circles, is practically a derogatory term – when so many other dogs are desperate for a second chance? 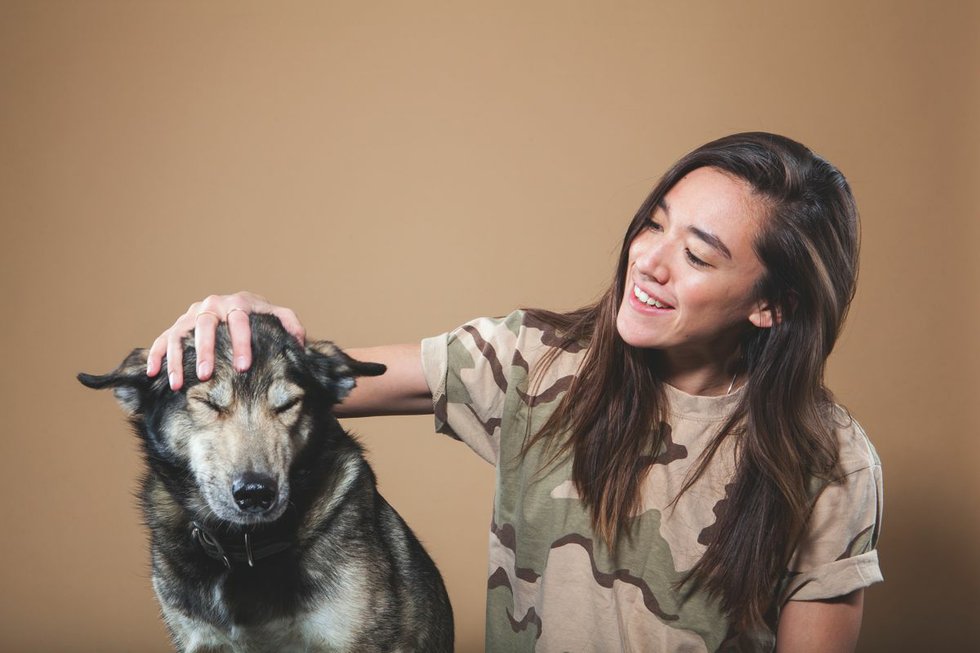 Three years ago, 29-year-old Jen Brailsford drove 13 hours to New Hampshire to pick up her rescue, Pond, a retired sled dog. She found Pond on Petfinder, which she jokingly calls “the Amazon of dogs” because it amalgamates the listings of various shelters and rescue groups and then sorts them by breed, age and location.

When Brailsford adopted Pond, the husky was eight. She decided on a senior because older dogs tend to have a harder time finding homes and she didn’t want to deal with potty training or a puppy chewing up her shoes. She’d also decided that taking in a rescue was the morally responsible thing to do.

“It doesn’t make a lot of sense to be breeding dogs when there are so many dogs that need homes,” says Brailsford, who grew up with family dogs adopted from the humane society.

For many millennials like Brailsford, choosing to adopt from a rescue organization rather than buying from a breeder or an independent seller on Kijiji is an ethical stance. There’s been a growing awareness regarding the horrific conditions of puppy mills and the health consequences of inbreeding pedigree pooches.

In 2011, city council banned pet stores from selling dogs and cats unless the animals come from the Toronto Humane Society or a registered rescue group. For a generation passionate about causes like eating locally produced foods and supporting sustainable fashion, it makes sense millennials would approach pet ownership with a similar social-justice zeal.

“We’re at this point in our lives where we don’t want or can’t afford to have kids, but we might have these maternal or paternal instincts,” says John Semley, a 32-year-old writer and former NOW online editor who recently wrote an article in Toronto Life about making the hard decision to give up his rescue dog. “We might be struggling with how to do things in the world that feel ethical or moral, and adopting a dog seems like a good thing to do.” 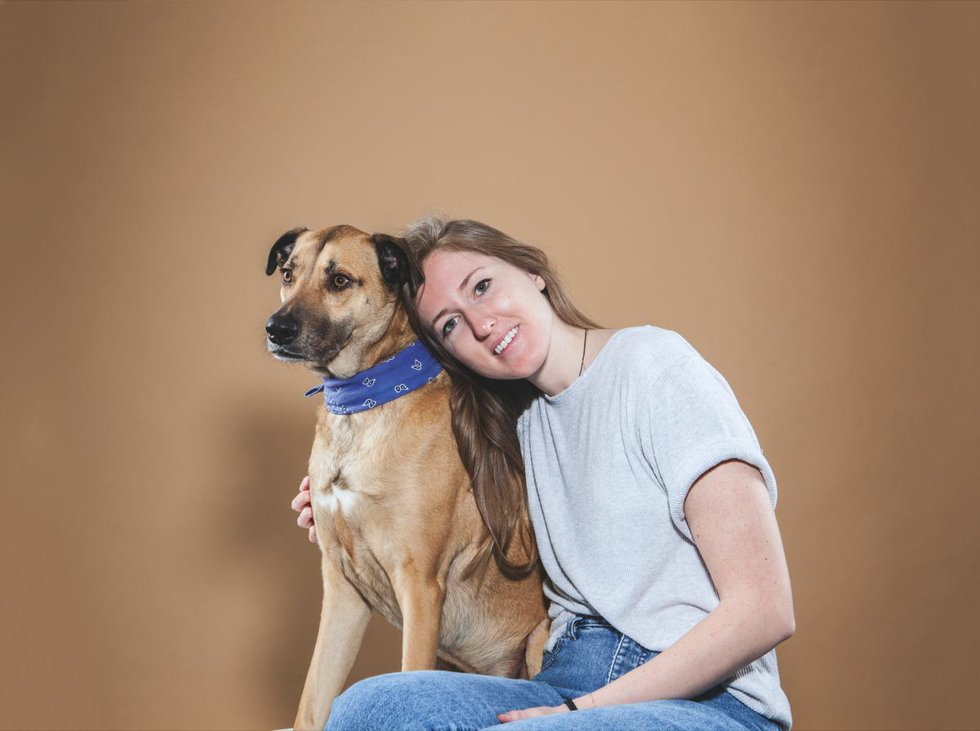 Save Our Scruff’s Jenna Bye with Micke, who was rescued after he was abandoned as a puppy in the Dominican Republic.

Save Our Scruff (SOS), one of the city’s biggest dog rescues, relies heavily on Instagram and Facebook to share photos of available dogs, find potential adopters and fosters and solicit donations to cover expensive vetting.

Founded in 2014 by 29-year-old Laura Bye, SOS now has over 25,000 Instagram followers. “Our rescue does so well specifically because of social media,” says Bye in her Davisville apartment, where dog crates double as side tables and SOS’s mascot, a big mutt named Micke, rests his head in her lap.

Larysa Struk, who co-founded TEAM Dog Rescue in 2012, notes that while the old guard of rescue groups has its loyal, long-time set of adopters and fosters, these platforms have been a boon for newer organizations.

“Social media has become an accessible way to learn what’s happening in animal welfare. It’s something that people started to follow and people started thinking about how they could help,” Struk says. “We learned that in order for us to get attention, we had to find a way to get through to people in a fun, informative way.”

Like dating profiles, there’s an art to writing a dog’s rescue bio: too dull and it won’t elicit an emotional response. Too impassioned and you’ll come off as preachy. Successful rescues like SOS, Redemption Paws (2,797 Instagram followers) and TEAM Dog (44,000 followers on Facebook) have perfected how to tell a dog’s story, which is critical to adoption.

Even after a dog is in its new home, storytelling plays an intrinsic role. Some owners happily regale their dog’s history like it’s a status symbol. They see it as prime fodder for conversations at house parties or at dog parks when strangers ask, “Is your dog a rescue?”

Semley says the renegade appeal adds to a rescue dog’s charm. “With a purebred dog, you can get certificates and trace their genealogy. Rescue dogs have a mysterious past, like the guy with no name who blows into town in a western movie.”

I’m guilty of this, too. When I’m walking my friends’ rescue dog, Tulip, a sweet cocker-spaniel-border-collie mix, I’ll tell anyone who asks about her early days living on the streets of Cancun, begging for enchiladas.

“You’ll talk to someone and they’ll proudly say, ‘My dog’s from Chile’ or ‘My dog survived being chained up’ or ‘He was once a fighting dog,’” says Simone. “The downside to that is the dogs who aren’t interesting or don’t have sad stories get ignored.”

Take Redemption Paws’ Carson, an affable white shepherd and golden retriever mix with a goofy grin and pointy ears. Rescued from Houston, he’s completely healthy and well adjusted to life in Toronto, but there haven’t been any applications to adopt him.

“We had a dog who had no eyes and everyone wanted him because he had no eyeballs,” says Simone. “You come across two types of rescuers: those who want to make an impact in the global homeless dog population and those who just want to show their friends and colleagues what a great person they are.” 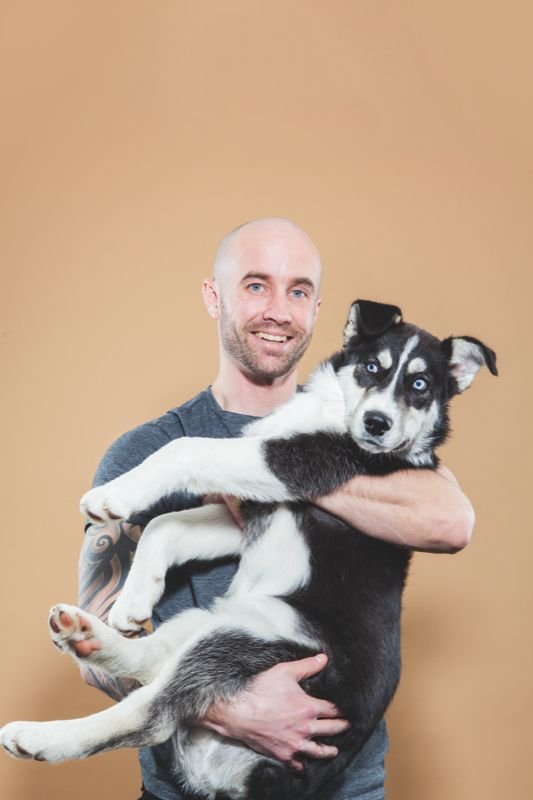 Kyle Swanson, 32, adopted his husky puppy, Otis, from TEAM Dog Rescue. Otis’s parents were rescued from Syria during the conflict.

Social media has also created an unexpected by-product: guerrilla rescuers, aka people who re-home dogs without the assistance of a reputable agency. Struk recalls seeing someone on Bunz Pet Zone – an offshoot of the popular Facebook bartering group – ask for advice about bringing back a puppy they found on a beach while on vacation, to which someone else suggested getting falsified vaccine documents to ease the process.

“Everyone is trying to play the part of the rescuer now,” says Struk. “It’s not just something someone else does. It’s something you can do, too.”

She worries these guerrilla rescuers could accidentally bring back unvaccinated dogs with diseases that could infect the local dog population or cause Canada to tighten rules on importing dogs from foreign countries.

Indeed, galvanized by the rallying cry “Adopt, Don’t Shop,” the dog rescue movement has entered the mainstream. Simone sells stylish pro-rescue merch like “Mutts are Limited Edition” T-shirts and “Senior Dogs Snuggle Better” mugs. On the most recent season of This Is Us, an emotional turning point revolved around adopting a dog. In nearby King City, there is a festival this August celebrating all things rescue dogs. DNA research companies, like local outfit DNA My Dog, are becoming popular with owners eager to know the origins of their pooch. Even Meghan Markle has a rescue dog, acquired from A Dog’s Dream Rescue in Oakville.

There will always be pet owners who gravitate toward the breed du jour – the adorable French bulldogs, the Cavalier King Charles spaniel made famous by Sex And The City – or those who have a weakness for specific breeds.

Lucky for us in the latter group, it turns out you can have a golden retriever and a clear conscience. Organizations like SOS frequently take in purebred dogs, and Ontario boasts a plethora of rescues that focus on specific breeds, like pugs, dachshunds, chihuahuas, Pomeranians, Cavalier King Charles spaniels and, yes, even golden retrievers.

And while 2018 feels acutely like the year of the rescue dog, these pooches represent the future, too.

“Once you’ve rescued a dog and you’ve seen the reward, you’ll want to rescue another one,” says Struk. “Rescues have taken hold as a culture, and they’re here to stay.”

Don’t miss the rest of our dog issue:

Finding Dexter: how a stray dog was rescued in Toronto

Isle Of Dogs is a glorious, layered stop-motion classic