Where are all the Indigenous fashion models? 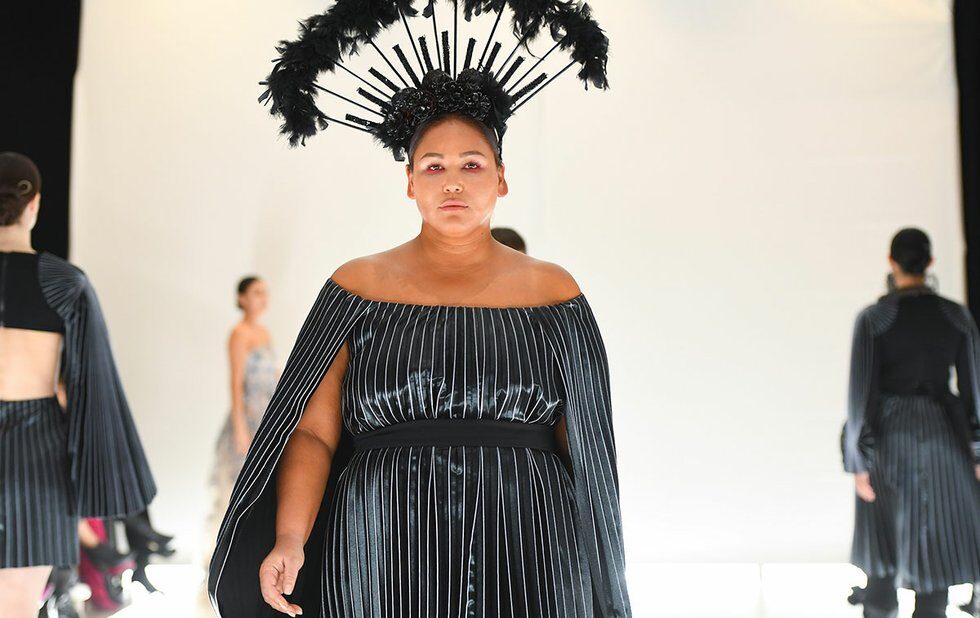 After fashion editors and style influencers were seated at the Gardiner Museum on February 6, Juno-nominated singer Iskwe emerged to kick off designer Lesley Hampton’s Toronto Fashion Week debut, encouraging the crowd to sing along to the Ojibwe refrain from her track The Unforgiven.

The musical performance was just one element of a show that Hampton says was “centred around the Indigenous story of identity and Indigeneity.” The collection’s name, Eighteen Seventy Six, was the year the Indian Act was enacted in Canada, and the deliberate choices of blue and red for the evening dresses, symbolized residential schools and Missing and Murdered Indigenous Women, respectively.

Hampton aimed to have a roster of entirely Indigenous models walk in the show – to both accompany the theme of the show, but also increase representation in the industry – but modelling agencies didn’t have enough Indigenous models to fulfil her request.

“There’s a lack of representation for agency models who identify as having Indigenous heritage, so I think roughly around a third of this show was agency-cast,” says the Anishinaabe and Mohawk designer. “I do it all myself because I’m very connected to the story that I tell, with the models and the body size that I show.”

The rest of the models were found through local Indigenous communities. Many were unsigned models and actors, including a makeup artist and a second-year medical student from Niagara Falls.

The absence of Indigenous models today can be chalked up to the lack of representation in the past, says Hampton. “Indigenous models of age now didn’t see themselves in magazines or media, so they didn’t strive for that career.”

Representation was something that spurred Charm Logan to produce three seasons of TFW’s showcase of Indigenous designers, called Fashion Nation, in 2004, 2006 and 2007. To find those models, there was a casting call. Ford Models provided some Indigenous models, and Logan scouted the rest from First Nations communities across the country.

“I would write letters to their First Nations, letting them know that I would give them this career opportunity if they’d help with the travel costs,” Logan says.

The difficulties in finding Indigenous models then are mirrored over a decade later – Logan says that making it in the industry comes down to money and opportunity, which is lacking in some Indigenous communities.

“A lot of people who do have the talent, determination and drive, some of them live in fly-in communities that are so isolated,” she says. “As sad as the reality is, there are a lot of statistics that hold a lot of our young people back from opportunity.”

Hampton’s inclusion in TFW, and her inclusive casting choices, made Logan’s heart swell. 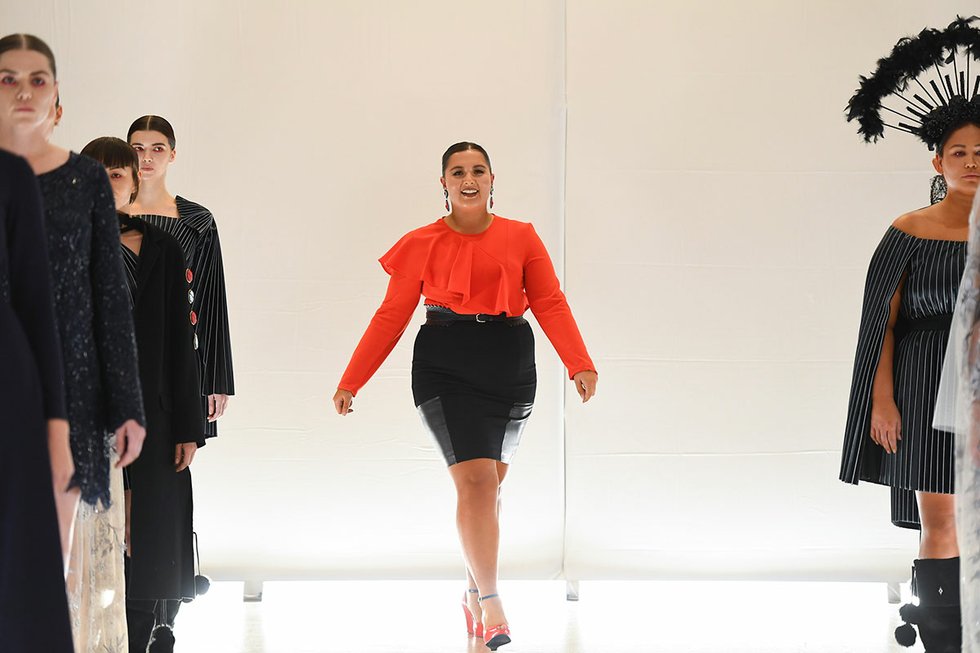 One model from Hampton’s show, Rachelle White Wind, walked in the early 2000s Fashion Nation shows. This was part of a very recent return to modelling, as she also participated in Hampton’s show during last summer’s inaugural Indigenous Fashion Week Toronto (IFWTO).

“Coming out of retirement for the second time is amazing and to represent my culture and my people and wear her designs means a lot to me,” she says.

The statement among many of the non-professional models was clear: they were participating in Hampton’s show purely because of who she is as a person and to support the vision of her designs.

“I did it to be a part of it. I don’t have eyes on walking down the runway all the time, but it’s really cool to do that for a friend,” says actor Kaniehtiio Horn, who participated in the show.

Medical student Yotakahron Jonathan added, “All of us in her show are Indigenous or have Indigenous heritage and I feel like it was really important for people to know that and see the many different types of Indigenous people, how we look differently, not the stereotypical idea that people have in their minds.”

Jonathan found the whole experience to be meaningful and empowering.

“I think a lot of places aren’t really designed for us, so we have to disrupt and make space for our own people, and for me, that show is another way to do that,” says Jonathan. “We’re going to be in Fashion Week, we’re going to have models who are up to size 18, and we’re going to have people who look differently than the industry standard.” 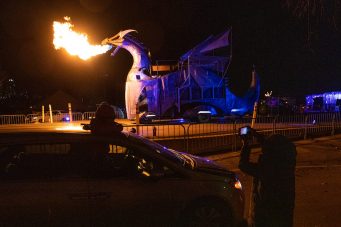