Looking back at my year of pandemic walks

A year of traversing Toronto paths and trails has kept me moving, taught me to appreciate nature and made me see the city in a whole new way 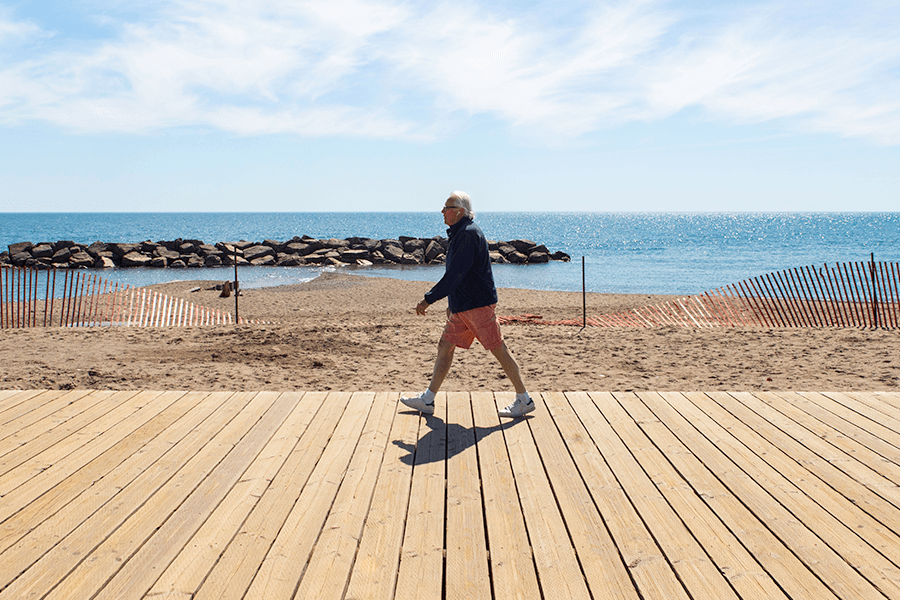 A year ago this month, I began writing a series of articles on Toronto walks. I called them Pandemic Walks because, while the pandemic had caused so many things to shut down, walking was something I could do safely and cheaply. Although we were cooped up indoors, we were also encouraged by public health authorities to exercise outdoors, and walking seemed like the easiest way to do that.

The story behind the project is simple enough. One evening I was sick of staring at my walls and screens so I travelled down to the Harbourfront to walk along Lake Ontario. Over the years I’d done that occasionally to clear my head. But what I encountered this time was shocking. This part of the Martin Goodman Trail – the 22-km path along Toronto’s waterfront – was so crowded with cyclists, joggers, boarders, skaters and pedestrians that I didn’t feel safe. Any comfort I got from moving my limbs and staring out at the water disappeared with each sweaty guy exhaling down my neck or spandex-clad cyclist whizzing by.

So I went on Twitter and asked people about their favourite walking routes that “weren’t too crowded.” Some clever people didn’t want to reveal their secret places, thinking that if I wrote about them they’d no longer be secret. But dozens of others gladly shared them. Some suggestions, like High Park and the Don River, were obvious. But most were new to me.

When I brought up the idea of quarantine walks with my editor, he suggested compiling a list of Toronto’s best walks. Fine. But how, I wondered, could I do that if I hadn’t walked them myself? Why not sample these suggestions and try them out? They would inevitably lead to other discoveries. And that’s exactly what ended up happening. (Here’s that list of best walks.)

The first walk I attempted was the West Toronto Railpath, which I vaguely remembered hearing about before. When I performed a quick Google search, I discovered some of the path’s fascinating history. Only when I parked my BikeShare bike at the entrance at Sterling and Dundas, however, did I realize I had walked by this place half a dozen times without even knowing it was there.

The Railpath offers another way to cross Bloor West.

Putting one foot in front of the other, I started out on the 2-km path (see photo, above), jotting things down on my iPhone notes app and taking the occasional photo. What kind of people were using it? How easy was it to walk? What was there to see? Were people wearing masks? Did walkers and cyclists comfortably coexist?

After I wrote up my walk, a couple of readers pointed out things I’d missed, like additional seating areas. And thus began a conversation about Toronto walks that has lasted a year.

My favourite walks have been ones with a choose-your-own-adventure feel, a sense of discovery. This happened in places like Tommy Thompson Park and Humber Bay Park East (see photo, below), where it’s possible to go several times and not repeat the same steps. I want to be in the city and yet not there, as well. Walks offer the ultimate staycation.

Seeing the Toronto skyline from Humber Bay Park is humbling.

I’ve spent most of my time at NOW writing about plays and shows, and to some extent I approached writing about walks in the same way. What is this walk trying to do? Are people enjoying it, or just doing it because it’s in their neighbourhood? Like the best works of art, the most memorable walks are those where you can simply immerse yourself in the experience. Breathe in the fresh air, listen to the sounds of birds, insects, water. Until writing about these walks, I had forgot about the restorative nature of… nature. And during the uncertain early days of the pandemic, being surrounded by centuries-old trees and waterways gave things a much-needed sense of stability.

And yet at the same time, like a live play, there’s something ephemeral about a good walk. It’s never the same experience. The season might have changed, so there’s more or less foliage on the trees. There are different people walking it and therefore responding to it. You’re a different person every time out.

One of the things I most love is when I’m on a walk and I see something I recognize – but from a different angle. For instance, on that first West Toronto Railpath walk, the path turned into a bridge over Bloor West, which I have passed beneath many times. Seeing this forced me to perform a little calculation: Oh, so this is where we are. I had no idea these things connected.

New map of the city

After a few walks, a new map of Toronto began appearing in my head, one that wasn’t about streets and roads but ravines, clearings, unused spaces beneath highways or next to hydro lines. A week ago, I was riding the Bloor-Danforth subway line between Broadview and Castle Frank stations, and I looked down to see if I could spot Duane Linklater’s gargoyle sculptures just north of the viaduct. They they were (see photo, below). I felt connected to the city in a way I hadn’t before I began these walks.

Duane Linklater’s installation of concrete gargoyles is one of the most popular parts of the Lower Don.

The real test of this series has been how often I’ve returned to these walks. Some, like the Bentway and Garrison Common or Nordheimer Ravine, I use frequently, because they get me from one place to another in a much safer and more interesting way than the car-clogged Toronto streets. Last fall, I made a special trip out to Glen Stewart Ravine to see how it looked with the autumn colours. It was stunning, and the walk there was a great workout.

As things start to return to normal – we’ve even changed the name of this series from Pandemic Walks to Toronto Walks – I’m going to do my best to keep exploring Toronto nature. This month, the Dream in High Park brings back live performances. I’m going to check out a few shows. But I’ll be sure to visit the pond and some trails and give them some love as well.

See the complete list (so far) of Toronto walks here. And if you have any suggestions of walks I’ve missed, please add in the comments.