"If there’s one thing I tell women, it’s push for the mammogram, because you know your body better than anyone else." 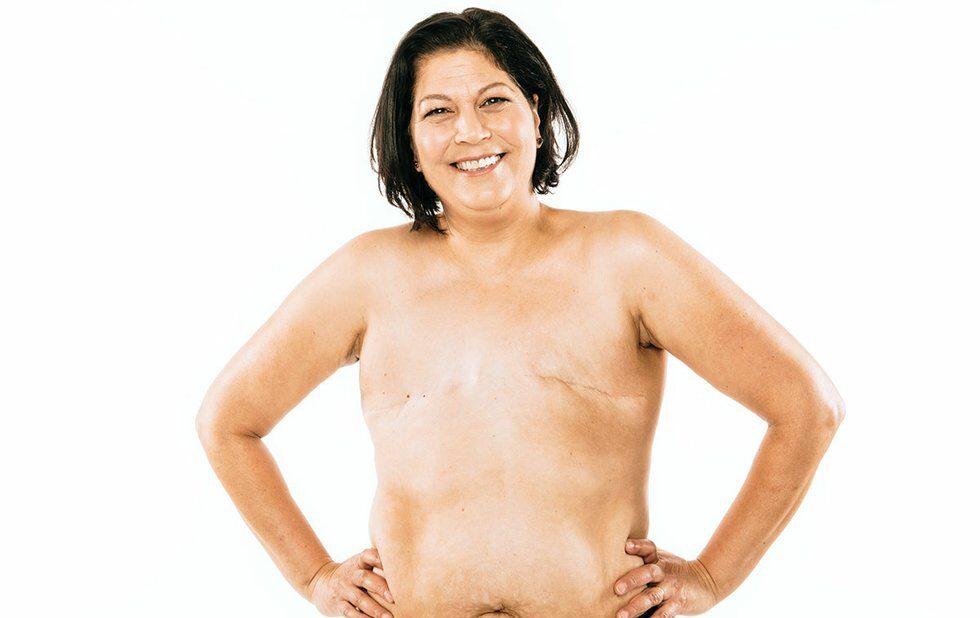 I was a teacher with three kids and happily married – I had the perfect life. Then it was like a bomb went off: I was diagnosed with Stage 3 breast cancer in 2013 when I was 51.

I had been having pain in my left breast, and for three years, my doctor said it couldn’t be breast cancer because breast cancer doesn’t cause pain. She wouldn’t allow me a mammogram. It was negligent, but I can’t focus on that. We all must speak for our bodies. We all have to be our own advocates. If there’s one thing I tell women, it’s push for the mammogram because you know your body better than anyone else.

I had 18 months of treatments – chemo, surgery, radiation, followed by two more surgeries. It was a lot of assault on my body, and at various points, I thought my body would never be my own again.

It wasn’t until I started getting some psychosocial help that I became in charge of my own story about my body instead of a victim. For me, your body is your story and how you choose to tell that story is infinitely important.

The whole experience of having cancer was very pivotal in developing an articulate and deliberate approach to survival, to my body and to integrating experiences and expressing them. When you have cancer, a lot of people say things like, “Everything happens for a reason.” I don’t think so. It was such a bad experience. No one could possibly want to lie in their own vomit and lose their hair and say that was something meant to happen.

I decided to have the double mastectomy because I found it very off-putting to be asymmetrical. I knew I had a greater chance of getting cancer in my other breast, and I had tried wearing a prosthesis but it was so uncomfortable. I also didn’t want to pretend that I had breasts when I didn’t.

Society wants me to have breasts even though I don’t, and that’s what makes people feel uncomfortable. So this is reclaiming who I am and how I feel. Authenticity is really important to me, and most of the time, I forget that I don’t have breasts.