"The most offensive thing would be for someone to assume I’m a cis man. I want people to see my chest and know I’m not." 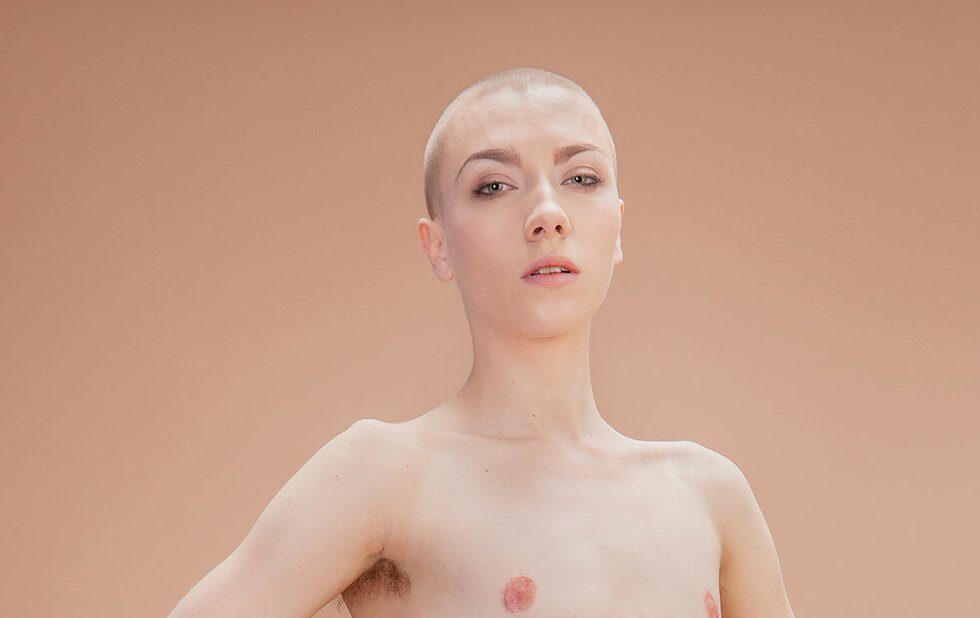 My body is now beyond the binary. If you looked in an anatomy textbook today, you wouldn’t see my body because I don’t have breasts but I still have a vulva. A lot of people are confused by trans folks. They assume that they hate everything about their body. But for me, changing my bottom half never factored into my transition. Even as I become more masculine-presenting as the testosterone does its job, my pussy isn’t going anywhere. In my generation, my body is still going to be new for most folks, but I think for the kids coming up, they’re going to be like, “Whatever, grandpa has a vagina.”

My relationship with my body has always been a dichotomy. I like drag so when I would put my femme body into an hourglass dress with very high heels, I thought, “This is great. I look nice.” But then when I got home and I took my clothes off but I couldn’t take my boobs off, that’s when I would feel dysphoric. The day before I had surgery, I shaved my head. I felt like my hair, which for several years was a highly styled curly pompadour, was holding me back. I wanted something that would visually mark the end of a femme presentation.

I’m learning how to relate to my body again and other people’s perception of me. I’m mourning the loss of being a safe space for femmes. The day is going to come when people aren’t going to think to ask me for a tampon and that bums me out because there’s a sisterhood in that. I run in queer circles where people are guarded around white men and I don’t want to cut conversations short when I enter a space. I’m always going to be a small, unthreatening dude, but I’m going to be a dude and it’s different. The most offensive thing would be for someone to assume I’m a cis man. I remember asking my surgeon, “I want my scars to heal well, but will they still be there?” I want people to see my chest and know I’m not cis.

I have the privilege of being openly trans and being very loud about it. I think it’s really important for trans bodies to be out there, especially as a performer whose body is my business. When people see my photo, I want them to understand there are any number of options for beauty and anyone can be a model. I want them to remember that your parts are not your gender.