... and what would provide peace of mind 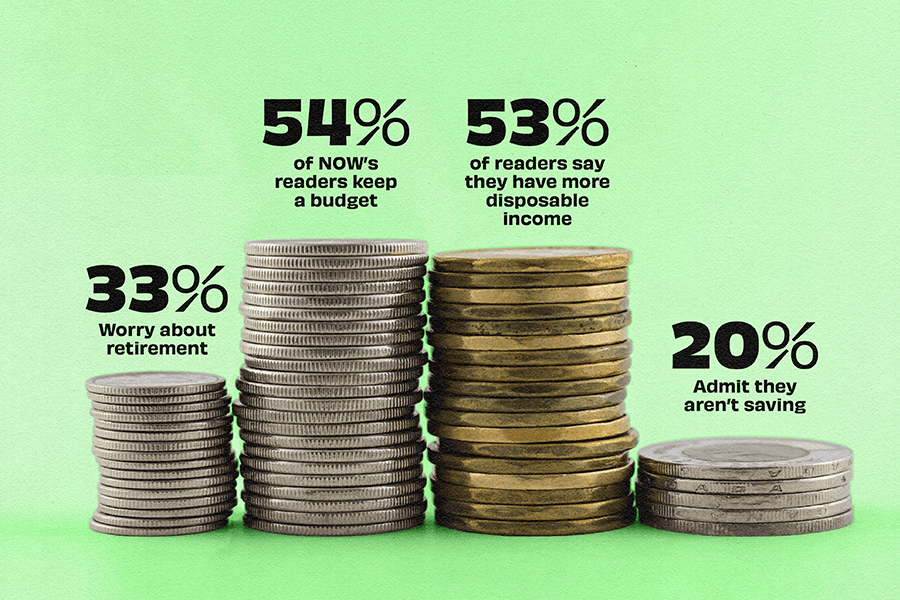 Retirement and paying rent/mortgage are the biggest financial concerns of NOW readers.

As far as keeping a monthly budget, things are split. Fifty-four per cent of NOW’s readers keep a budget, compared to 46 per cent who don’t. And on the subject of saving, 33 percent invest their savings in stocks and ETFs, 24 per cent put them in mutual funds and seven per cent put them in real estate. Twenty per cent admit they aren’t saving.

Our most open question – “What, besides winning the lottery, would ease your mind about your personal financial situation?” – got the most interesting replies. Here are a few:

Over the next few months, we’ll be following up with some respondents to find out in more detail how NOW readers feel about their personal finances.