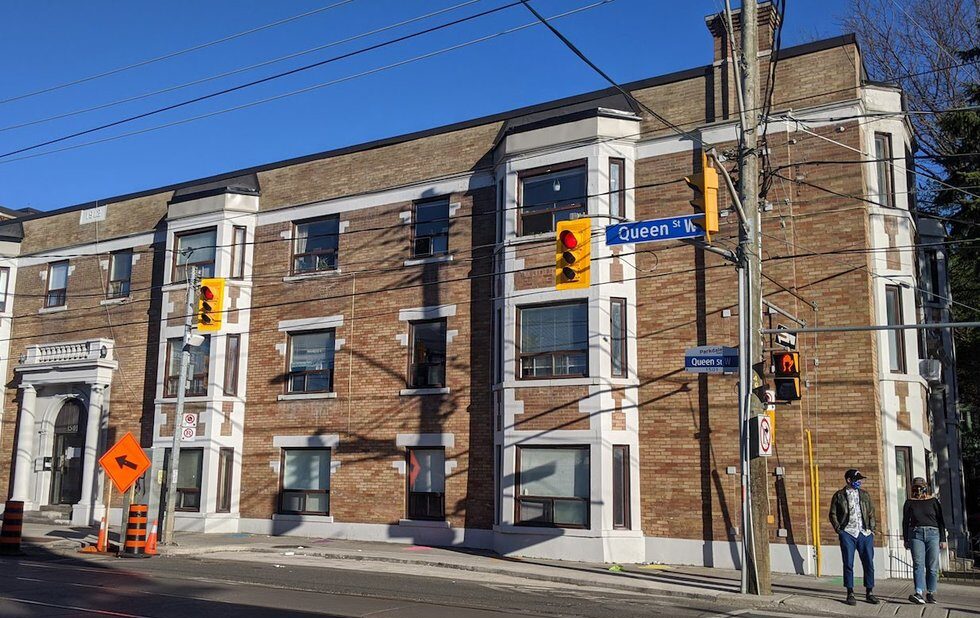 Last week PARC announced it had acquired 1501 Queen West, bringing the total number of affordable units the non-profit owns to 110 in south Parkdale.

In Parkdale, nearly 90 per cent of residents are renters. The increasing number of condo developments, the rise of renovictions and the conversion of rooming houses into single-family homes are threatening one of the last affordable neighbourhoods in Toronto.

“For PARC, the acquisition of more housing carries profound meaning, as our goals are set with the purpose of ensuring safe, adequate, well-maintained, dignified homes for the people in our community,” said PARC’s executive director Victor Willis in a statement.

The $7.2 million was paid via investments from the city’s Affordable Housing Office, the ECHO Foundation, the Sheila Koffman Fund, individual donors and the Parkdale community. The Parkdale Neighbourhood Land Trust helped facilitate the acquisition.

Since 1991, PARC has purchased and operated five housing facilities in south Parkdale.

Originally built in 1912, 1501 Queen West was designed as a mirror image of 194 Dowling, which PARC also owns. Together the two buildings were called the Parkdale Mansions.

“Landlords are increasingly deciding to sell either to developers who want to upgrade to higher rents or condos, or to international investors who take revenues out of our economy,” a press release states. “When this happens, there is nowhere else for our neighbours to go and we lose local community benefits.”

Later this year, PARC will launch the PARC Building Fund, a new investment fund that will help the non-profit purchase and operate more affordable housing.

In its main building at 1499 Queen West, PARC operates a drop-in centre, a community meal program, outreach services and peer-support programs. The original idea for PARC surfaced in 1977 as the Queen St. Mental Health Centre and the Lakeshore Psychiatric Hospital began discharging “ex-psychiatric patients” into local rooming houses. A group of volunteers in the neighbourhood started noticing a growing population of adults, many of whom were survivors of the mental health hospitals and had little money, were living in Parkdale rooming houses without support.

During the pandemic, PARC has continued to operate it’s drop-in centre and meal program, offering take-out breakfast and lunch daily.