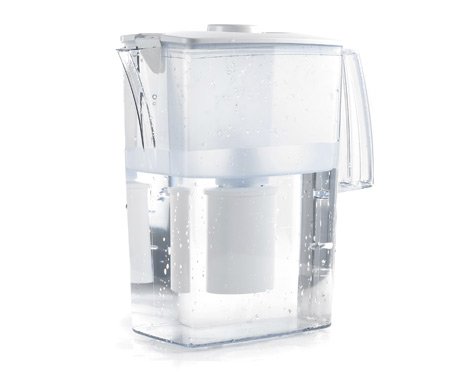 Toronto may be an hour from the nearest farm, but environmental groups say unsafe levels of a top-selling herbicide used on cornfields for the last 50-odd years are turning up in our tap water.

Tests commissioned by Environmental Defence and Équiterre have found atrazine in both Toronto and Montreal’s drinking water at levels that would flunk European safety standards.

Research around atrazine, manufactured by agrochemical giant Syngenta, has found endocrine-disrupting properties connected to hermaphrodite frogs and feminized fish, as well as low sperm counts and reproductive problems in humans living in agricultural areas. The EU banned atrazine in 2003 because of widespread pollution of groundwater from farm runoff.

A 2013 lawsuit filed by Ecojustice, the David Suzuki Foundation and Équiterre triggered a review by Health Canada of 23 ingredients found in 383 pesticide products banned in other countries, including atrazine.

As part of its assessment, Health Canada tapped groundwater monitoring data and found the chemical in 20 per cent of 14,455 groundwater samples from Canada and the U.S., but its research says levels detected “did not exceed the Canadian drinking water guidelines for atrazine (5 micrograms/litre).”

Navarro notes that 99 per cent of the 2,500 Canadians aged three to 79 tested in a Canadian Health Measures Survey “had levels of atrazine metabolites that were below laboratory detection levels, indicating no or very low exposure to the general population.”

Maryse Bouchard, associate professor at Université de Montréal’s School of Public Health, says, “Even at concentrations close to the European standard, several effects of atrazine on amphibians and animals have been demonstrated, including impacts on reproduction and development.”

Bouchard says some studies “also suggest harmful effects on human reproduction and development at concentrations in water similar to those analyzed in the Montreal and Toronto tap water samples.”

Environmental groups say Health Canada’s reassessment was far too narrow, limited to groundwater and failed to consider surface water sources like Lake Ontario and the St. Lawrence River, from which Toronto and Montreal, respectively, get their drinking water.

Considering what researchers have already found with endocrine disruptors like atrazine, Malas says that even exposure at very low levels can be harmful. “There’s no safe level of exposure. The only solution is to ban atrazine so it doesn’t contaminate our water in the first place.”