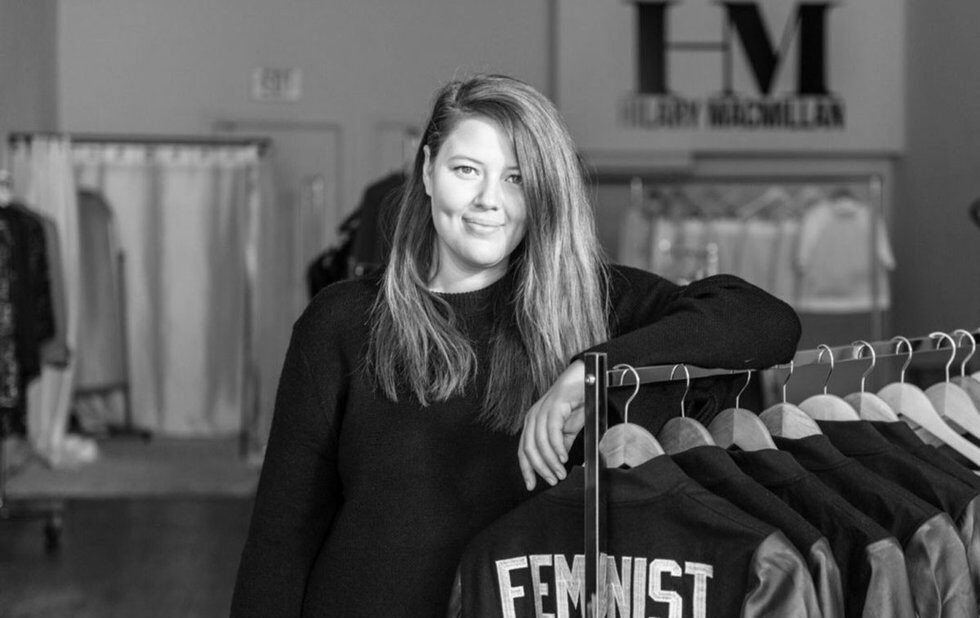 As a fat woman, fashion has never felt like an industry that made space for me. Industry standards across the globe have typically leaned toward western beauty standards. That means an idealization of thinner bodies that are tall and white, even when claiming to be diverse.

For as long as I can remember, fashion and I have had a complicated relationship. As a child, I watched Jeanne Beker attending fashion shows around the world on Fashion Television. So as an adult, when I discovered Toronto had its very own Fashion Week, you can imagine my excitement. There was just one problem: Toronto Fashion Week (TFW), which takes place February 5 to 8, doesn’t feature plus-size clothing or bodies like mine on its runways.

Fashion insiders, from Project Runway’s Tim Gunn to the plus-size designer and influencer Nicolette Mason, have chalked it up to old-fashioned elitism. In his op-ed for The Washington Post in 2016, Gunn called designers shameful for ignoring this growing customer base.

Ben Barry, chair of Ryerson’s School of Fashion, explains that for most designers, body diversity on the runway has been a “token gesture.” While designers are casting plus-size bodies in TFW shows, they’re not reaching out to the plus-size community in any meaningful way.

“I think there needs to be a systemic shift because fashion and TFW have operated under this one ideal of beauty,” Barry adds.

Lesley Hampton, an Indigenous women’s designer, is one of a few at TFW this year accommodating bigger bodies (up to a size 22).

“I think there’s this whole idea around the fantasy of runway and how for some reason, a larger body or a different type of body can’t be seen as beautiful,” Hampton says.

While she has seen some casting diversity at TFW, Hampton says it’s something that designers have to consciously take upon themselves to change.

“Everyone wears clothes every day, and that trickles down through the fashion industry,” she adds. “I just don’t understand why designers don’t push that more.”

Many designers don’t make plus sizes because it is seen as challenging. Schools aren’t providing students with the technical skills to design for a body size 18 and above. In 2016, fashion design students at Parsons petitioned to have more plus-size mannequins that represent the entire spectrum of plus sizes. Students at several fashion design schools have built their own mannequins when wanting to design for bodies larger than a size 12.

Hilary MacMillan, a designer at TFW, recently expanded her sizing. Currently, she goes up to a 4X on custom orders for a varsity jacket with the word “feminism” stitched on it. MacMillan says that shifting her brand to incorporate more sizing can be risky from both a production and financial perspective. She says there’s a place for more size diversity, but customers must understand the time and cost involved.

Barry agrees, adding, “This is a systemic system issue, where everyone’s connected and in many ways complicit in promoting one ideal of beauty and one idealized body.”

Currently, there are several off-shoot fashion events that not only represent marginalized bodies of all kinds but do it well in Toronto, including |FAT| Fashion Art Toronto, Indigenous Fashion Week Toronto and Malia Indigo The Plus. Hampton believes there is a disconnect between these events and TFW.

“We participated in Indigenous Fashion Week Toronto and it was exciting to come into spaces with our larger samples and still have models cast in those sizes,” Hampton says. “No matter who you are, you can walk into those spaces and truly feel represented.”

If TFW wants to change, one place to start is during Fashion Talks, a podcast that is recorded live during the week. Hosted by Donna Bishop and produced with CAFA, the show holds discussions on trends happening in the industry. If people start talking about plus-size fashion and size diversity, then maybe designers will start picking up on it.

As the second-largest runway in North America, TFW needs to do a better job at bringing plus-size women to the fashion table.

“There are a number of curvy women who want to buy high-end designs and can’t find their size,” says Hampton. “We have an opportunity to take something that’s on such a main stage that will translate to the media, to body positivity and mental health of those people watching.”