East End You guys out west may. 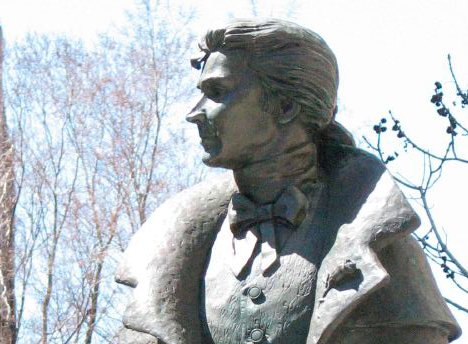 You guys out west may have more piercings and wear more vintage, but without the East you’d have no gay rights. The West has attitude the East has history.

All the queer institutions are on the east side. Toronto’s queer theatre owes almost everything to Buddies in Bad Times (12 Alexander), which is wholly committed to LGBTQ stage works. Proud FM radio (65 Wellesley East) keeps its offices on the east side, too. And the 519 Church Street Community Centre (the519.org) is a world leader in community organizing, especially in terms of support groups for trans people.

And don’t forget Supporting Our Youth (333 Sherbourne), which nurtures young LGBTQ artists via its Pink Ink and Fruit Loopz programs more than anything out west, including your West Queer West fest.

All the dikey jocks live in the East. They like the affordable housing and the access to the Notso Amazon Baseball League venues at Riverdale Park and Kew Gardens and the great boxing action for lesbian and trans people at the Toronto Newsgirls Boxing Club (388 Carlaw).

As for business, ours aren’t gay-friendly – they’re gay, period. Slack’s (562 Church), Big Mamma’s Boy (554 Parliament) and all those authentic gay bars on Church know their clientele. Not to say they don’t want non-queer clients, only that they don’t obsess about “crossover.” And Barbie’s Basement Jewelry (410 Logan, #18) is just as happening as any of those cooler-than-thou shops on Queen West.

And did we mention the Metropolitan Community Church (115 Simpson) and the courageous reverend who heads up the place? Gay marriage didn’t come out of the ether, you know. It arose out of the blood, sweat and passionate commitment of gay identity politics and people like Brent Hawkes who took real risks to secure our rights.

Oh yeah, and when it comes to the East-West battle for queer hearts and minds, I have only one last word: Pride.

When it comes to all things queer, the east side is so last millennium. All those white guys who all look the same, and, let’s face it, gentrification is taking the gay village to a very unwelcoming place. No wonder city councillor Kyle Rae has decided to quit.

There may be some decent real estate over there – lesbos galore in East York and Riverdale and tons of gay guys in Cabbagetown – but, really, like the East in general, queer Toronto east is just the bedroom community for the way more dynamic West.

Out on West Queer West there’s diversity, an alt vibe and more art galleries springing up in the past 10 years than Church and Wellesley has seen in over three decades – Katharine Mulherin Contemporary Art Projects (1086 Queen West), MOCCA (952 Queen West) and Gallery TPW (56 Ossington), to name just a few.

And don’t give me the gears about the East having the edge when it comes to gay-friendly businesses. We’ve got West Side Stories (1499 Dundas West), an LGBT video store, that groovy vintage store the Melissa (1080 Queen West), the Henhouse (1532 Dundas West), the Beaver Café (1192 Queen West) and the Mitzi twins, Mitzi’s Café (100 Sorauren) and Mitizi’s Sister (1554 Queen West). And we’ll take Lula Lounge (1585 Dundas West) or Granny Boots and those other queer parties at the Gladstone (1214 Queen West) over any of those leather bars on Church.

I mean, come on, the gay village couldn’t even hang on to one of its flagship patios. Mammoth rent hikes forced Zelda’s out of its prime spot at the corner of Church and Wellesley months ago, and no one’s moved in since.