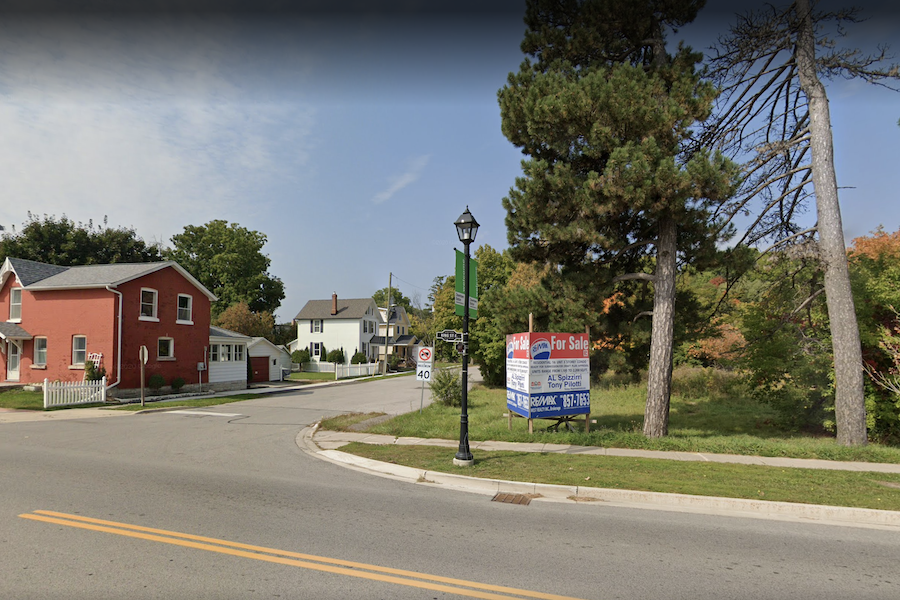 Earlier this year, a housing report came out that listed Toronto among the least affordable real estate markets in the world.

The Demographia International Housing Affordability report put both Toronto and Vancouver among the top five.

The media pounced on the ranking, sharing a report that echoed many middle-class voter frustrations with real estate affordability in Canada and feeding into the constant refrain we hear from politicians that we need to fast-track development, despite the impact such decisions would have on the environment.

But few questioned the report, which limited its ranking to cities in Australia, Canada, Hong Kong, Ireland, New Zealand, Singapore, the United Kingdom and the United States, and didn’t consider expensive cities like Paris, Geneva, Zurich, Amsterdam and Munich.

The report, which blames high prices on land-use regulation, was produced by Urban Reform Institute alongside Frontier Centre for Public Policy. The former is a Texas-based non-profit and real estate lobby group. Its board of directors is largely made up of the presidents and CEOs at large development firms.

Meanwhile, the Winnipeg-based Frontier Centre for Public Policy has questioned climate change science, questioned the efficacy of the Truth and Reconciliation Commission of Canada recommendations and once released a radio ad casting doubt on the trauma caused by the residential school system.

And their interests align with Ontario Premier Doug Ford’s position that fixing the housing supply requires cutting red tape that hinders development. In 2018, Ford was caught boasting about opening up “a good chunk” of the Greenbelt to developers.

The Ontario premier has issued Municipal Zoning Orders to steamroll over cities, citing affordable housing and accommodating rapid population growth as reasons to fast-track building on the Dominion foundry in Toronto and wetlands in Pickering. A joint Toronto Star and National Observer investigation revealed that the MZO’s that Doug Ford issued to pave the way for a proposed Highway 413 through farmlands and the Greenbelt would benefit developers who contribute to the Ontario PC party.

“I have a lot of concerns about building a highway that, on average, will improve people’s commutes by 30 to 60 seconds when our goal is to build a truly sustainable city so that we can survive climate change,” says Ontario NDP housing critic Jessica Bell.

“If we are looking at getting people out of their cars, we shouldn’t be building a new highway. We should be reinvesting that money into expanding GO and investing in local transit systems and making sure that they coordinate effectively so that people can get to A to B at an affordable price on transit quickly. That is a far, far better way to tackle some of that congestion issues that we have in our region right now.”

In a roundtable discussion with real estate industry figures hosted by NOW, Bell raised the alarm on what else Ford’s government is doing just outside of Toronto.

“The Ontario government is forcing municipalities to expand their municipal boundaries so they will be required to allow development in farmland,” says Bell, on a Zoom call with NOW. “When Guelph, Hamilton [and Durham Region] are forced to expand their boundaries – and they don’t want to do it – it means that urban sprawl is going to come in and it’s going to create this unsustainable planning network that will lock us in to environmentally unsustainable climate patterns for a very long period of time.”

Bell recognizes that development is necessary. She’s not denying Toronto and Ontario real estate has to meet growing population demands in a way that’s affordable, but she doesn’t believe that housing solutions should cost the environment.

“It’s really critical that we look at gentle intensification – these missing middle properties – so that we can house people but we’re not building on valuable greenbelt and farmland. Those kind of areas, once they’re built on they don’t come back. You don’t take a subdivision and turn it into farmland again. Once they’ve gone, they’re gone.”

Bell joined Toronto Regional Real Estate Board CEO John DiMichele along with realtors Meray Mansour, Odeen Eccleston and Philip Kocev in the NOW roundtable to explore options to deal with the housing affordability crisis in ways that consider the environment (stay tuned for the podcast coming on April 23). Home prices in Toronto (and across Canada) have reached record levels and economists fear we could be sitting on an unsustainable bubble.

Everyone at the roundtable agreed that more housing needs to be built, particularly for the missing middle. But other policies to bring market relief to skyrocketing prices were more contentious.

“The danger that really concerns me is the narrative of housing development being pushed without the narrative of tax policy change,” says urban planner Cheryll Case, who spoke to NOW in a separate interview. “Our tax policy and interest rates policy are not conducive towards an affordable housing market.”

Case points out that interest rates are at an all-time low, which makes it easier for wealthier people to borrow more money and drive up prices. She adds that some recommended solutions to current prices like stricter mortgage stress tests only make it more difficult for people with a lower income to buy. “The income inequality actually deepens and gets more intense.”

Case adds that there needs to be more tax policy and incentives that target people who use housing equity to build more for affordable housing.

“It is important to start a conversation around capital gains tax, maybe starting with looking at revamping the capital gains tax situation with investment properties,” says Bell. “It also means looking at taxation like bringing in a vacant homes tax or a speculation tax on people who don’t pay the majority of their taxes in Ontario, because by doing that, we can create revenue to build affordable housing.”

Currently, 50 per cent of capital gains, which is the difference between the purchase and selling price of a property, is considered taxable income. Primary residences are exempt from a capital gains tax. But Bank of Montreal economists have recommended introducing a principal residence capital gains tax that has a sliding rate. The longer a buyer holds, the lower the tax rate. After five years, the rate falls to zero. The purpose would be to disincentive flippers and speculators who treat principal residences as income properties.

The Toronto real estate experts on our panel were also not too keen on taxes as a solution to the affordable housing crisis.

“That’s a really dangerous thing, I think, to start going down, to start taxing your principal residence,” says Kocev, a broker and managing partner at iPro Realty. “If we’re talking about flippers and those that do that, Canada Revenue Agency rules is already there. If you’re in the business of flipping property to earn income, it’s taxable. If we have loopholes or something that’s not working at that level, that isn’t catching the people that are doing it as a business, then let’s go after that. Let’s find what’s wrong with that rule and fix it, not create new ones that are that are going to cause other problems that we’re not really thinking about.”

“I’m just suggesting attacking the demand side is not going to be the answer,” says DiMichele, who rallies for more building.

Mansour, a broker at RE/MAX Hallmark Realty, suggests that real estate policy makers find a way to end blind bidding and other predatory practices in her industry. She suggests that agents aren’t educating their buyers on what a house is worth, and with no understanding of what others would spend on a given property, they overbid.

“They go in to these multiple bidding wars and they blow it out of the water,” says Mansour, who says bidding wars have a ripple effect on pricing in a neighbourhood. “Now the next property that sells on that street is going to be so much more. Think about how much that’s pushing up that area.”

Everyone on the roundtable agrees that more housing needs to be built to accommodate affordability but that doesn’t mean development companies should have free reign over valuable city property and green space to build bachelor pads.

“We’re not even getting close,” says DiMichele, who says we’re not finding adequate solutions to house the growing population. “Especially if all you are building are 500-600-square-foot one bedrooms.”

“Missing middle is not going to be built by big developers,” adds Kocev.

He says all levels of government need to work with developers like Eccleston, whose company WE Realty builds smaller projects and has even attempted to create affordable housing in Little Jamaica and Oshawa. But Eccleston says what began as a pollyannaish pursuit to help with the housing crisis became unaffordable due to market conditions. When you factor in the time, labour and capital required to build, including several costly back-and-forths when the city asks for revisions, the dream goes out the window.

“By the time that you’re ready to put these things to market, they can no longer be affordable,” says Eccleston. “There needs to be increased incentives for building particularly purpose-built rentals and affordable housing, and that would be slashing some of this red tape by an expedited approval process and perhaps even some federal or municipal grants to incentivize builders like us.”

Case is developing a report addressing this issue. She’s speaking to builders about the barriers to affordable housing in the Toronto real estate market, including the land expense and the guarantee lenders need to alleviate uncertainty when committing funds to a five- or six-year investment. Protecting those investments and meeting those guarantees mean the powers that be do what they can to keep land value high.

“I’m sure there’s a lot of lobbying going on to help maintain certainty in the market,” says Case.

“We don’t have the support of government to help advocate, because the big developers have the pockets,” adds Kocev. “They’re the ones that go for the fight and the big, tall towers and they can appeal till they get what they want.”

They can also rely on lobbying groups and think tanks to produce reports that make you feel like sprawl is the only answer.

Freewill Astrology: Weekly horoscope for May 26, 2022

Dear Virgo: The cosmic rhythms will support you if you make a fun and earnest effort to cultivate liberation through.

Savage Love: Use your words for these quickies

This week, Dan braves an all-out mutiny by his tech devices to answer his Instagram followers' quick questions