Average first-time home buyer in Toronto gets $130,000 from family 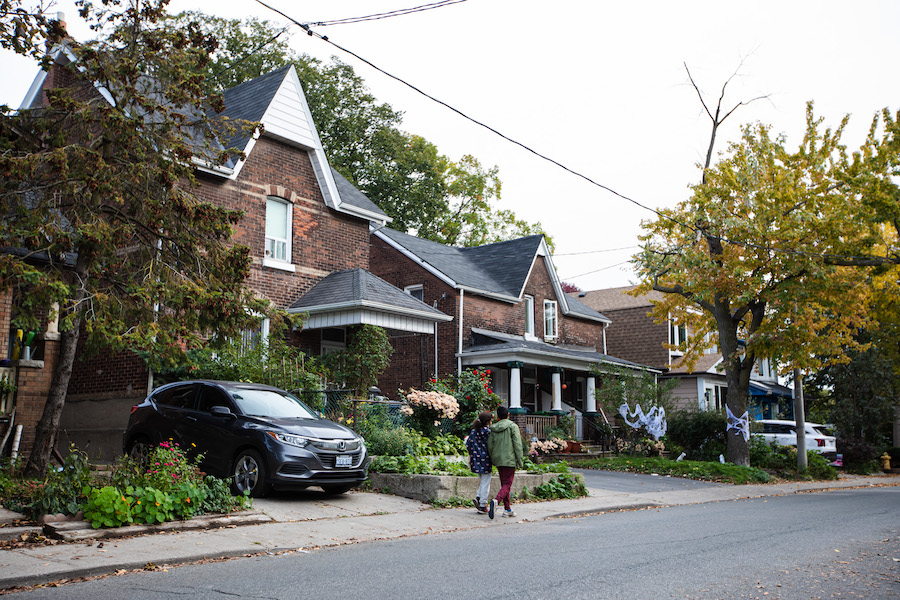 These kids will need a gift from parents to afford real estate prices in Toronto.

If you’re wondering how first-time home buyers are affording the average home in Toronto real estate ($1,136,280), look no further than the $130,000 average gift passed down from their family.

As real estate prices in Canada soar to record highs, so too do the number of parents giving gifts to their kids to afford the down payment. The size of those gifts are growing too.

According to a CIBC Economics report called Gifting For A Down Payment – perspective, just under 30 per cent of first-time home buyers in Canada made their purchase with a gift from family member, a steady increase from close to 20 per cent in 2015, which is about when Toronto real estate in particular began a meteoric rise. And the average size of these gifts rose from $52,000 to $82,000. In the past year, gifts used for down payments on real estate in Canada accumulated to $10 billion

In Toronto, the average gift size for first-time home buyers was $130,000 during the first three quarters of 2021,.

The report by Benjamin Tal goes a long way in understanding how people are affording sky-high real estate prices in Toronto and other major cities in Canada.

Swiss investment firm UBS once again placed Toronto in the top two real estate markets in the world sitting on the riskiest bubble, where prices are overinflated compared to income levels. But those prices are being sustained by the greatest transfer of wealth the world has ever seen. Baby boomers are passing along assets to new generations who are driving up home prices with that privilege.

“I’ve been seeing that personally,” says Meray Mansour, broker at RE/MAX Hallmark Realty, pointing out that there are people selling homes in the millions that they originally bought for prices in the tens of thousands. “Baby boomers in Canada have enjoyed the biggest jump in real estate prices in history. The kids are reaping the rewards now.”

“Parents are either taking out mortgages on their property, to give to their kids and help them invest, or they’re passing on and the kids are getting the property,” says Mansour, who explains that most of her own clients are repeat customers. She’s either helping past clients who already own property to upgrade or helping their kids purchase a home with an assist from the parents.

And it’s not just first-time homebuyers getting the assist according to the CIBC report. Nine per cent of buyers upgrading their homes received a gift averaging $128,000. In Toronto, the average is closer to $200,000. The most concerning stat in the report says that the size of gifts have been growing over the past half a decade at a rate of 9.7 per cent a year, which is out pacing home price inflation by two per cent.

According to the CIBC report, gifting is clearing widening the wealth gap between “receivers and non-receivers.” That gap is more significant that the five-to-six figure gift sum, since it makes the difference between who can own and who won’t; who will gain from further real estate price appreciation in Canada that will inevitably lead to long-term savings, and who won’t.