But bungalows in Toronto are still listed for $1.7 million 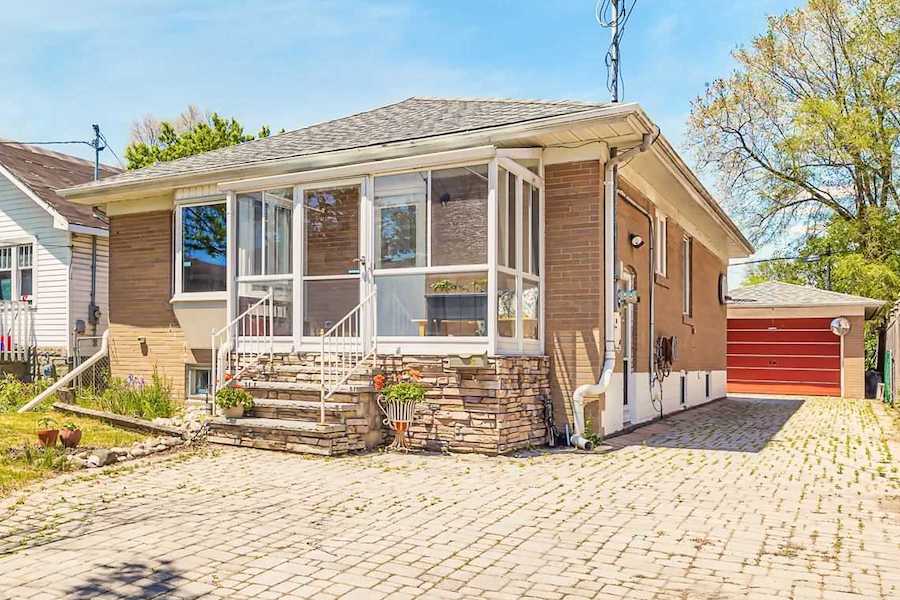 A two-bedroom bungalow at North York’s northern edge is listed for $1.685 million, which is roughly the average price for a detached home in the city according to the Toronto Regional Real Estate Board (TRREB).

The listing for the cozy and renovated home at 70 Abitibi, near Willowdale and Steeles, boasts its “premium” location in North York, a separate entrance to an unfinished basement and a detached garage. For that, sellers are asking for slightly more than the average.

Detached homes averaged a $1,674,641 selling price in August, which is up three per cent from July and 11.2 per cent from last year but down from some of the peak levels we saw earlier this year (the average was $1.75 million in March).

Overall sales were down in August as buyers and sellers tried to enjoy the last few days of summer. Real estate sales across the Greater Toronto Area (GTA) were down 19.9 per cent from this time last year and new listings dipped a much steeper 43 per cent. But condo apartments sales in the City of Toronto real estate market were up 13 per cent in August, year-over-year.

“The fact that new listings were at the lowest level for the past decade is alarming,” says TRREB president Kevin Crigger, stressing that tighter market conditions are still keeping prices high and two-bedroom bungalows at nearly $1.7 million. “It is clear that the supply of homes is not keeping pace with demand, and this situation will become worse once immigration into Canada resumes.”

Predictably, Crigger beat the drum for building more supply while dismissing any other suggestions that could help mitigate inflated prices. His statement seemed to take a subtle jab at the Liberal promise to ban blind bidding from real estate transactions: “Working with provincial and municipal levels of government on solving supply-related issues is much more important to affordability than interfering with consumer choice during the home buying and selling offer process or revisiting demand-side policies that will at best have a short-term impact on market conditions.”

Many realtors have already voiced their concerns that the lobby groups representing their interests are taking a political stance against a blind-bidding ban.