NOW MagazineLifeReal EstateBlack people may be at a higher risk of eviction in Toronto: report

Black people may be at a higher risk of eviction in Toronto: report 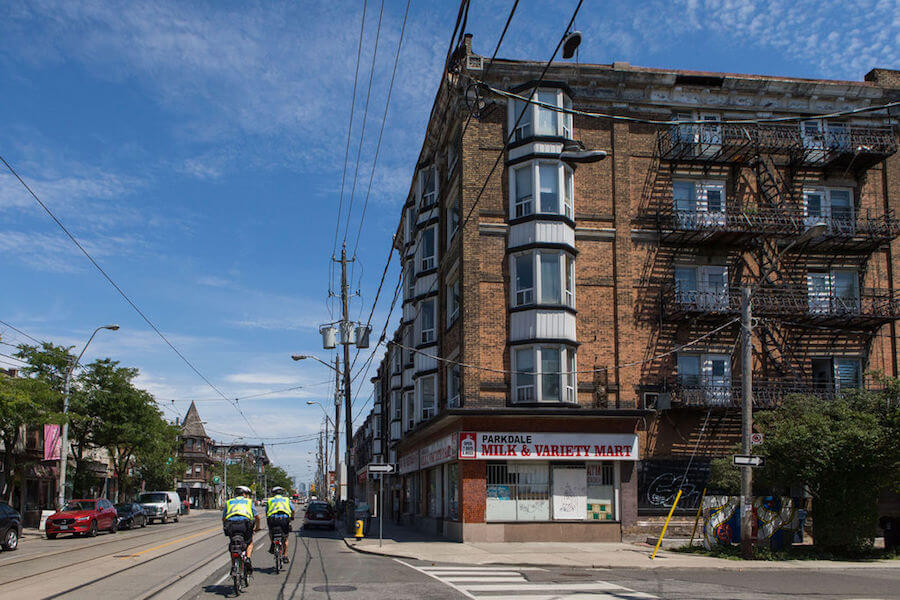 Parkdale is among the neighbourhoods with highest eviction rates in the city, according to the Wellesley Institute.

Black people may be at a higher risk of eviction in Toronto, according to a new study from the Wellesley Institute.

Scott Leon and James Iveniuk prepared the report, Forced Out: Evictions, Race And Poverty In Toronto. Their analysis is based on eviction filings at the Landlord and Tenant Board from 2010 to 2018. The study found that eviction filing rates increase in areas with a higher Black population, more poverty and less subsidized housing. Unaffordable housing continues to be a plague in Toronto.

Eviction filing rates are double in neighbourhoods with 36 per cent Black renter households over those with two per cent.

Most Toronto areas have an eviction application rate between two and six per cent. However, the Weston area has 13 per cent, which is the highest in the city.

No, these aren’t COVID cases – these are #eviction applications filed in Toronto. Over 20k in 2018 alone. Our new report shows which areas had the most filings prior to COVID. With the eviction moratorium up, we need action to avoid #COVIDevictions
Report https://t.co/ABoKXnwbTt pic.twitter.com/u992utPE0N

The report can’t square those findings with the fact that there are more renter households in Toronto than ever. The study’s authors consider the possibility that among the growing renter population few are low-income households. They also consider that more low-income tenants that cannot afford an entire apartment in the Toronto market are renting rooms or sharing apartments.