NOW MagazineLifeReal EstateI broke up with my partner, but their name is on the lease. What do I do?

I broke up with my partner, but their name is on the lease. What do I do? 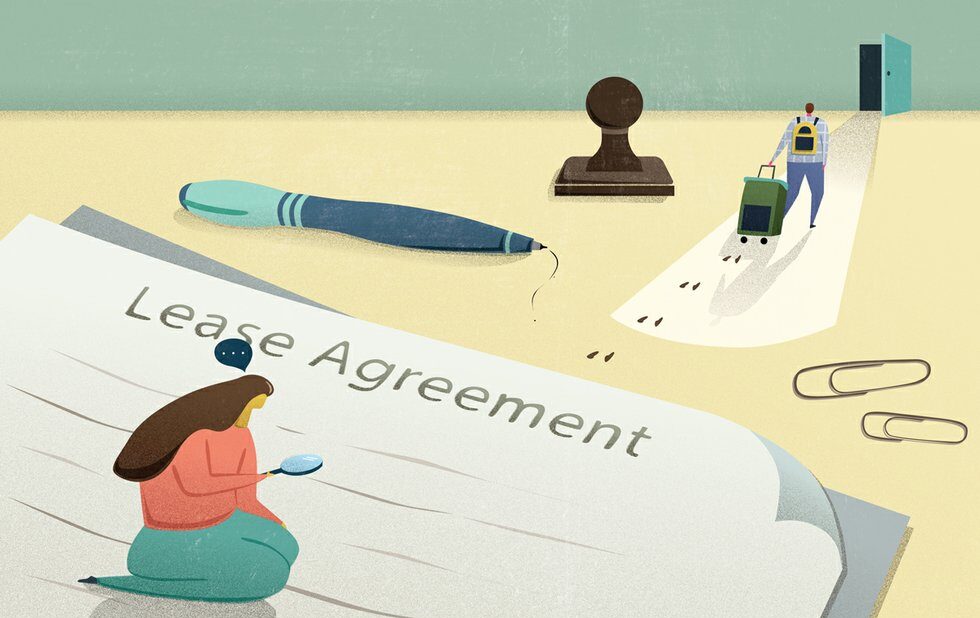 Q: I’ve lived in a spacious two-bedroom near my kids’ school for the past five years. I’m separated from my ex and he moved out a year ago. The problem is that only his name is on the lease. I’m nervous about telling my landlord to add my name to the lease – and ideally remove my ex – because although I have excellent credit, I don’t work full-time.

To complicate matters, the building recently changed hands and the new owners are offering money to residents if they move out. I’m afraid my ex will take this incentive and give notice to the landlord, and I’ll be out on the street. Any advice on what I can do?

A: The housing crisis is making relationships even more complicated. Some couples are moving in together just to save on rent, while some are cohabiting long after they’ve broken up simply because they can’t afford to move elsewhere.

In Toronto, the enormous stress of a breakup or divorce is magnified by the tight rental market, forcing couples who rent to ask dozens of hard questions: Who gets to stay in the apartment? Can one person afford to pay the rent? How long will it take to find another rental? And, in this case, what happens if only one person’s name is on the lease?

To find out, I spoke with Toronto lawyer Caryma Sa’d, who specializes in tenant and landlord issues.

“It can get a little messy,” she says.

One option is to ask your landlord to assign the lease to your name, which essentially means you would take over the lease and the responsibilities as a tenant. But the landlord is not obligated to accept or even consider an assignment.

“It’s a precarious spot. On the one hand, if you ask your landlord to assign and they agree, then great, there’s nothing to worry about,” says Sa’d. “But if they disagree, this issue is now flagged and they may scrutinize your situation more.”

In the worst-case scenario, the landlord could claim you’re an “unauthorized occupant” – since your name is not on the lease – and try to evict you through the Landlord and Tenant Board (LTB). As Sa’d explains, though, there are various factors the board takes into account when making a decision including whether the landlord was aware of the change and didn’t take prompt action, if the couple have a child together who lives in the unit, or who signed rent cheques.

If you don’t want to risk the assignment route, another option is getting your ex to ask the landlord to add your name to the lease – without removing his name.

Once you’re added to the lease and have more security, you could ask the landlord to remove the other name. This scenario requires cooperation from both parties, though, and in breakups, that’s not always possible.

The third option is to simply maintain the status quo: pay your rent on time and don’t try to make any changes to the lease in order to keep affordable rents locked-in.

With our low vacancy rate and sky-rocketing rents, this scenario plays out all the time in Toronto, where nice, cheap apartments are like secret gems that are kept and traded within groups of friends. If your landlord finds out that the original tenants are no longer living in the rental, they could evict the current tenants again using the Unauthorized Occupant argument.

But for many Torontonians, that’s worth the risk.

“It’s hard to give advice in these situations because there’s what the law says,” explains Sa’d. “But by doing that, you could also [bring] swift consequences where you’ve alerted the landlord you’ve poked the bear.”

Since your landlord is offering existing tenants large cash incentives to move out, presumably to move in new tenants who will pay much higher rents, it sounds like your landlord will not be keen on assigning the lease to your name. In that case, getting your ex to add your name to the lease could be your best alternative – if that’s still possible.

It’s also important to remember, Sa’d says, that even if your landlord does try to evict you they can’t just “call the cops and change the locks.” All evictions have to go through the LTB and you still have some protections.

“The protections hinge on if the landlord consented to the agreement. If the landlord became aware of the change but didn’t take action promptly, then they could be deemed to have acquiesced or consented to this arrangement and this new person is just their new tenant.”