Can my landlord ban window air conditioning units in my apartment? 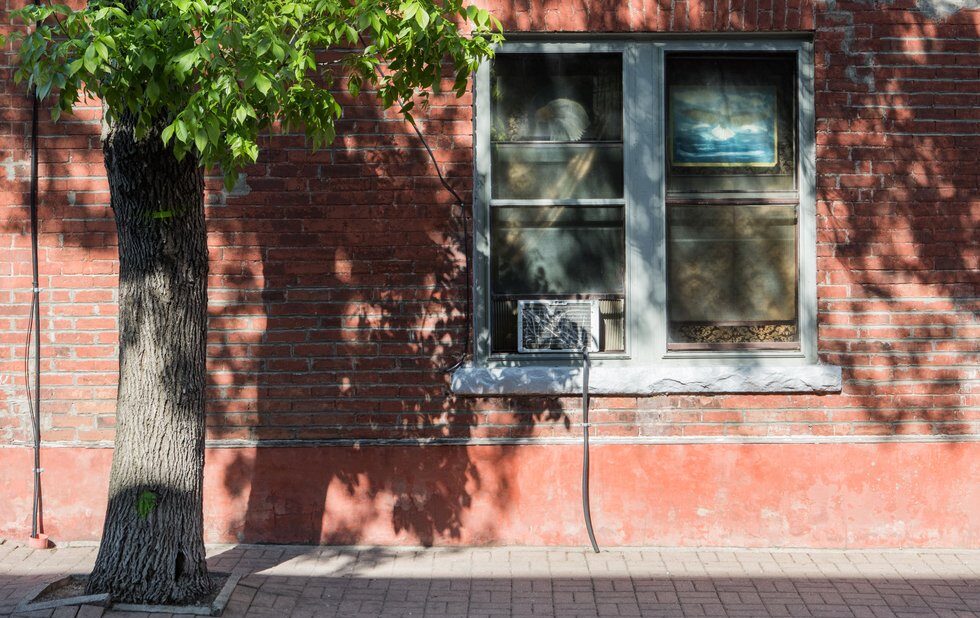 A window air conditioning unit must be safely and securely installed and must not damage the building or window.

Q: My landlord told me I can’t have a window air conditioning unit in my apartment, but I had one last summer and it was fine. Are they allowed to do that?

The tragic accident lead to the TCHC removing all window AC units from multi-storey buildings and replacing them with floor models by this summer. After the TCHC’s announcement, many landlords and private housing providers started sending notices to tenants that said they were no longer allowed to have window AC units. Some landlords have said this was due to the TCHC accident, while others have cited city bylaws, specifically Section 629.

But Geordie Dent, the executive director of the Federation of Metro Tenants’ Associations (FMTA), explains that landlords are not allowed to outright ban window units.

“Unless your AC unit is improperly installed or causing damage of some kind, then you’re allowed to have it,” says Dent.

A tenant who lives in a Medallion-owned building in North York and asked to remain anonymous tells NOW that they received a notice in March stating that, as of next summer, only floor-model units would be allowed. This summer, window AC units would be permitted, but they must be inspected by an engineer or a certified HVAC contractor.

“While I completely understand the importance of having an AC unit properly installed, especially after the tragic accident accident last year, what I do not agree with is that it must be all out of pocket for the tenant,” says the Medallion tenant. “There are plenty of people who are not going to be able to pay for this inspection, which is not cheap.”

The tenant, who has lived in the building her entire life, says that she also believes she should be able to continue using her window unit next summer if she gets it properly inspected.

“Floor models are very expensive and they take up a ton of room, which most people do not have to spare in an apartment,” she says. “I only just purchased my window unit a few years ago. If landlords can truly enforce what type of AC unit you have as of 2021, I will be very worried how I will afford to keep cool next summer.”

William Cabana-Marshall, a tenant who lives on the first floor of a three-storey walk-up in East York, was also told that he would not be allowed to have a window unit unless it was one metre or less above ground level, starting this summer. He was told that it was in response to the TCHC ruling.

For Cabana-Marshall, living without an AC unit is not a viable option. During the heat wave in mid-May, he said it got up to nearly 30 C degrees in his apartment. “We live above the boiler and laundry rooms, and it really heats up in the afternoon and evenings,” he says. “I found it really difficult even just getting through last [month’s] heat wave, which helped incentivize my AC purchase.” He ended up spending $660 on a portable unit.

Medallion, Greenwin and other landlords have cited the city bylaw Section 629 as prohibiting window units that are not on a balcony, but according to the city of Toronto, that is not what the by-law says.

“City bylaws do not prohibit window unit air conditioning in apartment buildings,” says a city spokesperson in a statement to NOW. “The Apartment Buildings bylaw requires that owners demonstrate that they have retained or used the services of a certified tradesperson for air conditioning services. As a result, landlords may require that if a tenant arranges for installation themselves, they must provide the landlord with proof that the installation was done by a certified tradesperson.”

Since the heat wave last month, Dent says he’s heard for many tenants who have received letters from landlords they’re not allowed to have air conditioning units. “It’s not legal and it’s going to kill people,” says Dent.

So to answer the original reader question: no, your landlord can’t ban window units. But if you have an AC window unit, it must be safely and securely installed and must not damage the building or window, make too much noise or interfere with other tenants. If your landlord owns the AC unit, they are not allowed to take it away without replacing it, as it’s a service included in your tenancy agreement. If they try to make you remove your own unit, they must follow the proper process through the Landlord and Tenant Board.

One response to “Can my landlord ban window air conditioning units in my apartment?”