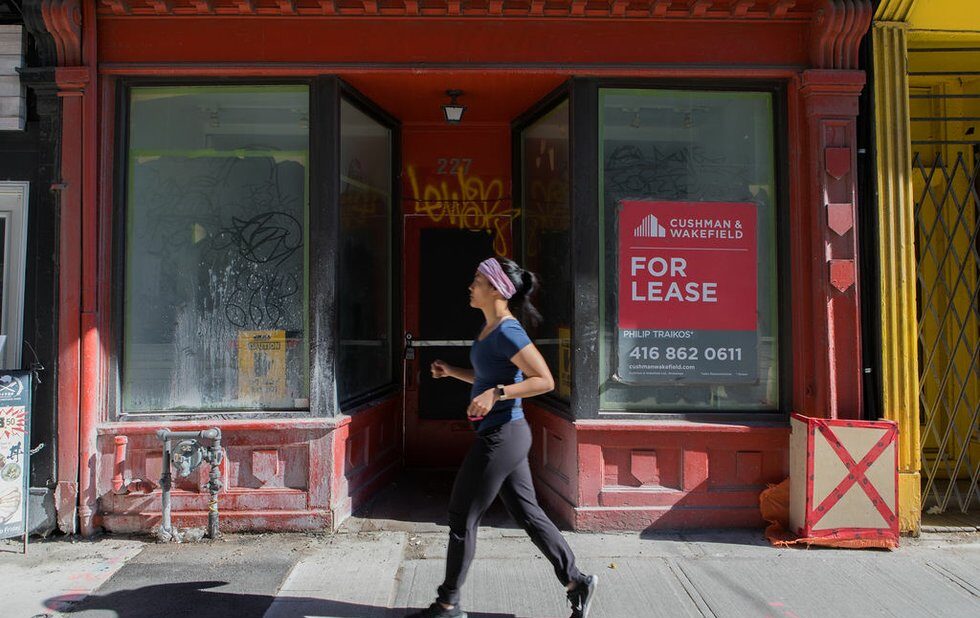 Instead, Ford has chastised Ontario landlords who have evicted commercial tenants during the pandemic, calling them “vicious” and imploring them to “have a heart.”

During the May 15 daily provincial press briefing, Ford said he couldn’t fathom why a landlord would even evict a tenant right now. Financially, he said, it doesn’t make sense.

“If the tenant moves out, what does the landlord think? There’s going to be an army of people wanting to move in?” Ford said. “They’re going to sit there vacant.”

Yet restaurants, bars, stores and other storefront businesses have been evicted during the crisis for failure to pay rent, including the tiki bar Shore Leave on Danforth, Japanese cheesecake shop LeTAO on College and fitness studio Hone in Leslieville.

But what would motivate a landlord to evict a commercial tenant when many businesses are still unable to fully reopen? Reasons include the potential for the landlord to get a higher-paying tenant like a major franchise, to terminate a lease early or to sell the property to a deep-pocketed developer.

In NOW’s recent cover story about how to save small businesses during the pandemic, Beaches-East York councillor Brad Bradford said that in his riding there are dozens of vacant storefronts owned by “speculators” – property owners who keep spaces empty while they wait for land values to increase. These owners, some of which are numbered corporations, no longer have a mortgage on the property and can afford to not rent out the space.

“There are properties in the Beaches that have sat empty for a decade,” said Bradford.

The city reached a similar finding in its recently released Main Streets study, which was co-produced by urban planning and retail strategy firm Three Sixty Collective.

The study found there’s a loose correlation between areas in Toronto experiencing high rent increases and properties owned by real estate investment trusts (REITs), institutional investors and private equity firms, which “tend to be risk-averse and conservative in their tenant selection process.”

John Archer of Three Sixty Collective says that on some main streets, especially major transit corridors or those experiencing major redevelopment, landlords and developers have been driving up rents and property values.

“There were a lot of demolition clauses [in leases] that says ‘I can kick you out if I decide to sell or if I want to redevelop the site for a mixed-use property.’ This idea that I could kick you you out and always get someone else, or a Starbucks or A&W,” says Archer. “I have seen some landlords who own plazas or properties where maybe they are holding out for a higher rent. They have a plaza that has enough tenants that they’re covering their costs, so they don’t feel overly pushed to lease space.”

But Archer says that he believes these types of landlords only make up a small percentage overall, and that for the most part, property owners want to lease space. He also notes that the Main Streets study found that high vacancy rates are not an issue across every neighbourhood. Although some areas they surveyed had higher vacancy rates, like Queen East from Victoria to River, other streets had normal rates.

Around five to six per cent retail turnover on main streets is also normal, says Archer, but that natural attrition is being accelerated during COVID-19.

“[There have been articles about] Nando’s on the Danforth getting locked out, but Nando’s is having problems internationally and they’re closing all their stores. You can blame COVID, but there are other factors, too,” says Archer.

Archer also points out there’s already a lot of bureaucratic challenges to open a brick and mortar –  such as getting the necessary permits and blueprints – so it would be even more difficult right now, as some banks are not lending money to businesses to open retail spaces.

Yet small business owners are still worried they will be locked out.

That’s why multiple business groups like the Retail Council of Canada (RCC) are asking the provincial government to freeze evictions during the pandemic. They say that a moratorium is critical while the Canadian Emergency Commercial Rent Assistance (CECRA) program, in which the province and federal government will cover 50 per cent of the rent and the tenant and landlord split the remaining 50 per cent equally, is only voluntary.

“One of the challenges is that because property is under provincial [jurisdiction], the feds have no way to make the CECRA compulsory, and I don’t think the province intends to make it compulsory,” says RCC’s senior vice president of public affairs Karl Littler. “But one thing [the province] could do is to freeze tenants in place with a moratorium. It doesn’t take away the landlords’ legal rights, but it prevents the tenants from being evicted and it gives landlords the additional incentive to look at the generosity of the CECRA program.”

Yet the newly formed National Coalition of Commercial Property Owners (NCCPO) is calling on provinces to provide direct support to struggling small businesses instead of blanket non-eviction measures. In a statement released on May 29, the NCCPO says that moratoriums “punish landlords participating in the CECRA program by making it harder to collect rent and pay bills to lenders, municipalities and utilities.”

The coalition is calling on all provincial governments to follow similar measures as Saskatchewan, Manitoba and Nova Scotia where payments of $5,000-$6,000 are given directly to struggling small businesses to help them meet their 25 per cent rental obligation under CECRA.

Applications for CECRA opened on May 26 and the Canadian Mortgage and Housing Corporation, which administers the program, said payments should arrive in time for June 1. Ford and Ontario’s finance minister Rod Phillips are encouraging landlords to apply for the program and will consider potential next steps as the applications roll in. Neither the federal nor the provincial governments have released numbers on the uptake of the program.