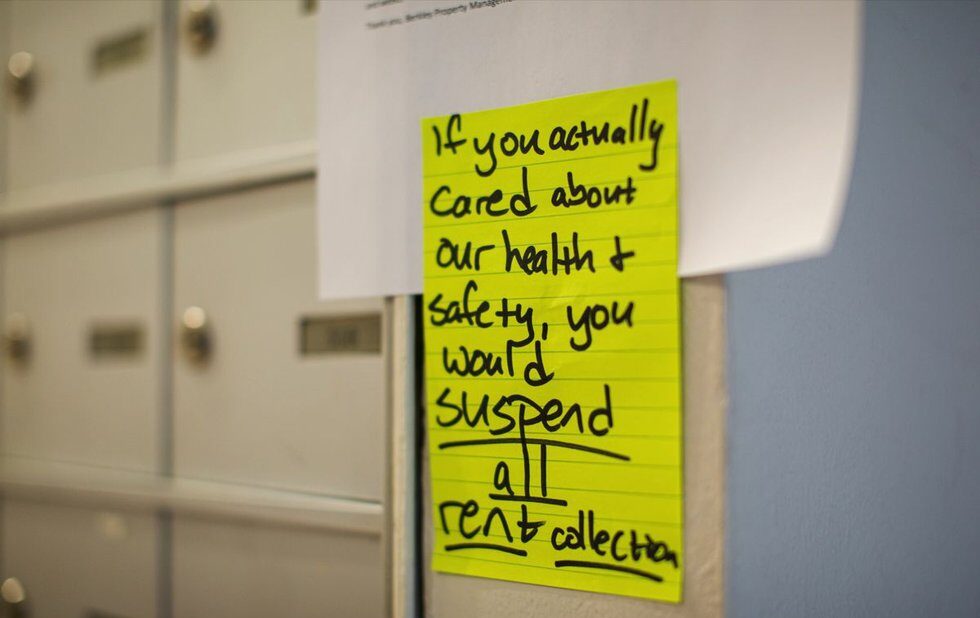 A handwritten note is posted at the end of a property management's letter to tenants about the coronavirus pandemic. 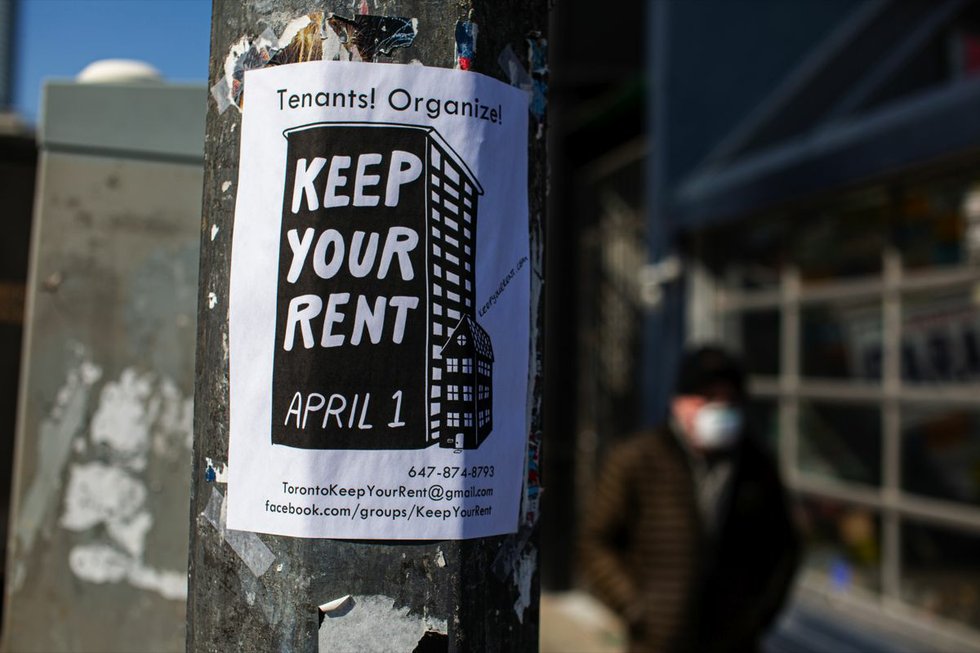