Despite a huge increase in condo supply and declining demand, Toronto realtors are confident home prices will keep rising in 2020 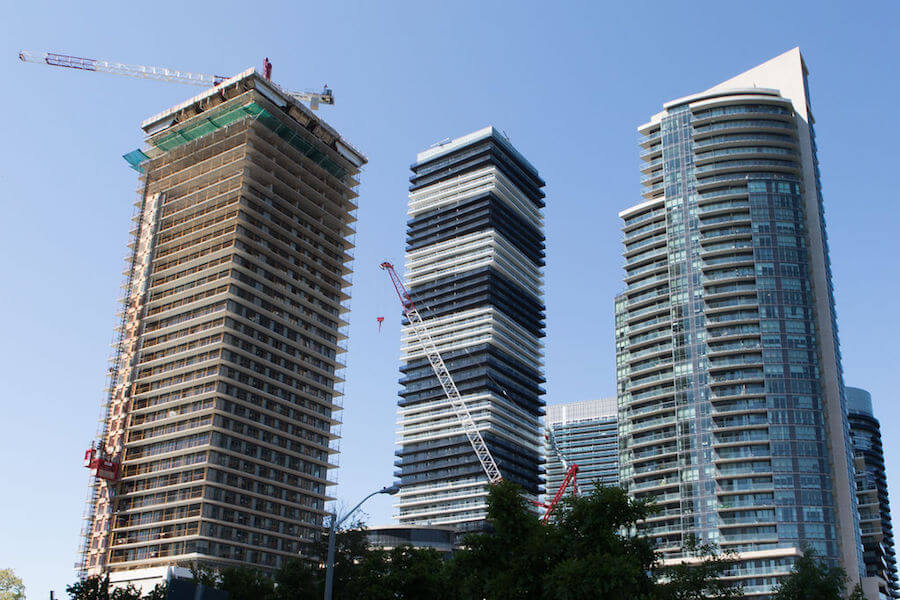 Downtown Toronto condo rental listings in 2020’s second quarter were up 80 per cent year-over-year, according to brokerage site Zoocasa. Meanwhile leases in those areas were down 14 per cent over the same period.

Zoocasa’s Jannine Rane took a closer look at the Q2 report from the Toronto Regional Real Estate Board (TRREB). According to TRREB, Toronto condo rental listing were up 42 per cent across the city, year-over-year. Meanwhile rents were down 24.8 per cent. Prices across the city were down 9.3 per cent decline year-over-year. The average price fell as much as much as 22.2 per cent in some downtown areas.

According to Zoocasa, Leslieville and Riverside are the only areas where new condo leases outpaced new rental listings. Leases were up 106 per cent while listings were only up 53 per cent. The supply hike in Leslieville/Riverside and in Leaside, Thorncliffe and Flemingdon Park is likely due to new condo buildings opening up occupancy. Listings in the latter area were up 461 per cent, year-over-year, with new leases rising 352 per cent.

The most affordable areas in Toronto for condo listings in the second quarter were near Thorncliffe Park and Scarborough’s Dorset Park.

The skyrocketing supply in the Toronto condo market could be a contributing factor to a major decline in real estate prices. Home prices in Toronto are at an all time high this summer. But the Canada Mortgage and Housing Corporation (CMHC) has been warning that a steep decline could begin in the fall.

The new builds and decline in leases due to employment loss and low immigration can force condo owners to sell. Deferred mortgages will also play a role in saturating the market. The decline in condo prices have already started. And home prices are due to fall drastically as a result.

A report from RE/MAX Canada counters the CMHC forecast. According to brokers and agents, Canadian home prices will rise 4.6 per cent in the third and fourth quarter.

“Despite the tragic impacts of the pandemic, our optimism in the strength of Canada’s housing market has always remained,” says RE/MAX Regional Executive Vice President Elton Ash, in a statement. “Many homebuyers are now exploring different neighbourhoods that better suit their new lifestyles.”

The RE/MAX report, citing surveys, says 32 per cent of Canadians are opting for rural or suburban communities. It adds the changing work dynamics that see many workers setting up home offices suggest Canadians want more space. Their survey results say 48 per cent want to live closer to green spaces. Thirty-two per cent want more square footage in their homes. And 44 per cent want more outdoor space and personal amenities like a pool.

“Government financial aid programs may be coming to an end in September,” says RE/MAX EVP Christopher Alexander. He admits that such programs could potentially affect the market. “However, the pent-up demand and low inventory dynamic may keep prices steady and bolster activity for the remainder of 2020.”