Election 2021: Where the parties stand on housing, rent and mortgages

Real estate agents weigh the potential impacts of policies laid out in the Liberal, Conservative and NDP housing platforms 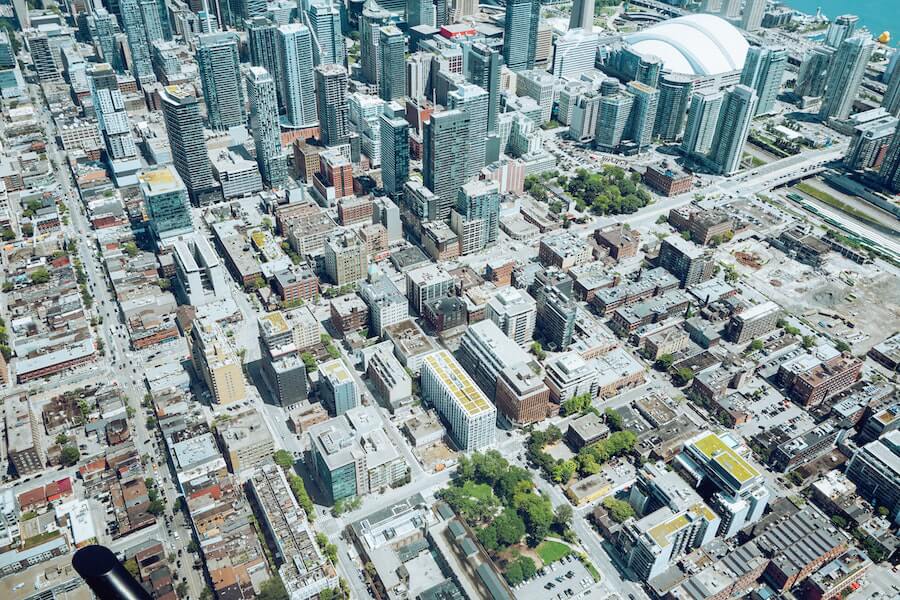 Real estate has become a key issue in the upcoming federal election, with all three parties tossing out ideas and committing to boosting housing supply and finding ways to make accommodations in overpriced cities like Toronto more affordable.

The Liberal Party promised to introduce a home buyer bill of rights that would banish blind-bidding (which caused some commotion in Toronto real estate circles) and ensure access to home inspections. They also want to implement a two-year ban on foreign investors, to prevent people from parking their money in Canadian real estate and driving up prices.

The Conservatives want to follow a similar tack, but also encourage foreign buyers to invest in rental housing instead. Meanwhile, the NDP wants to implement a foreign buyer tax, much like the one that is already applicable when purchasing homes in the Golden Horseshoe area. NDP leader Jagmeet Singh has also promised to crack down on “renovictions.”

“The difference between the three of us talking here and what’s going on out there, in my perspective, is we actually care,” says Mansour. “We want to find a solution versus we’re trying to get votes.”

The following conversation has been condensed and edited for clarity.

Rad: All three parties are committing to boosting housing supply. Both the Liberals and Conservatives discuss turning unused office spaces into residences. The Liberals discuss building more density and missing middle properties in urban centres. The CPC plan mentions federal investment in transit, to make communities more accessible. The Conservative plan also makes a concerning commitment “to putting a stop to federal paternalism” when it comes to Indigenous communities and “instead partnering with Indigenous communities and empowering Indigenous Peoples with the autonomy to meet their own housing needs.” This is code for privatizing Indigenous land, which is pretty much in line with how the Ontario Conservatives manoeuvre so that all land protections are undermined to favour real estate developers.

Philip: That’s the problem. We have the term missing middle, because the development that’s being pushed and supported is all high-rise in very specific locations versus a change of mindset for the additional dwelling units in your home or garden suites that are gentle densification.

Rad: The Liberal’s platform was more targeted towards missing middle in urban centres, whereas the Conservatives are like, “build everywhere.”

Meray: I think that the missing middle is an issue. However, I also see opportunity outside of urban neighbourhoods, as long as it’s accessible and there’s a community built around it.

Philip: If we are federally funding public transit, then those municipalities have to be flexible and change their density bylaws. If we’re going to bring transit, it can’t just be a bunch of single-family homes on big lots [built around it]. We have to allow density that we are planning right from the get go.

But you’re right about the Liberals’ idea to allow greater density in urban centres around the transit that’s already there. We’ve talked about this in Toronto. When you get off most of our subway stops, there’s not a lot of density. So we’re not even a leveraging what we already have.

Rad: Both the Liberals and the Conservatives have both halves of a good idea.

Meray: Maybe they should talk.

Rad: The Liberals did promise a multi-generational home renovation tax credit idea as a way to incentivize people to build density within these urban centres. The suggestion is that families can claim a 15 per cent tax credit for construction and renovation costs (up to $50,000) to build an extra unit that will house a family member. That is basically incentivizing people to build another unit.

Meray: Imagine if they said they were going to incentivize people doing that for anybody. Because then it could be used as a rental unit, but also for family and multi-generational. That’s kind of the bigger picture.

Phil: More grants and more flexibility around the supply still needs to be done for those who just want to add rental units or build the medium density. And I’m not really seeing a lot of that in actually any of these platforms.

Rad: All the parties want to restrict foreign investment. The Liberals and the Conservatives are talking about a temporary ban on foreign buyers for two years.

Phil: What happens after the two years? Suddenly you have all this demand from foreign buyers.

Rad: NDP’s proposal is a 20 per cent foreign buyer’s tax.

Meray: We have a 15 per cent foreign buyer’s tax now (in the Golden Horseshoe area). And I don’t really think it helps anything. I think that all that happened is that when buyers did the stress test, it made people not able to buy what they really wanted to get and they just bought something else, like a condo. And then the condo market went through the roof. All these little band-aid solutions are just putting pressure in another area, but it’s not really fixing a problem.

Philip: The foreign buyer’s tax and the vacancy tax are actually things that I support if they’re thought out properly. If it’s truly a tax on corporations or these big investors that come in and are profiting, I am for that.

What are we going to do with that revenue is the question? It has to be reinjected back into housing in some way. And I would love to see that money be used to incentivize local investors, Canadian investors, those mom-and-pop investors. If some people are going to profit from the real estate industry, why shouldn’t it be those individuals getting that benefit and support from the government?

Rad: The NDP’s plan has been very scant on details. In terms of boosting rental housing, they said they would waive the federal portion of GST/HST on construction for such dwelling.

The Conservatives want to encourage people to invest in rental housing units. They’re talking about being able to defer capital gains tax when selling a rental property in order to reinvest the funds again in more rental housing.

The Conservatives also want to redirect foreign investment towards rental housing. This is tricky. On the one hand, we do want to encourage more people to invest in rental housing. All these rental apartments are being bought by condo companies who are then renovicting and selling new units to wealthier buyers. And that’s leaving renters hung out to dry. So investing in rental housing is absolutely something we want to do. But…

Phil: What that will incentivize then is large international companies with deep pockets to come and invest in [rental] real estate. You have to be really careful.

Rad: The biggest example in terms of a predatory foreign company in the rental market is something like Akelius, the company accused of practising renovictions, making life miserable for tenants and always trying to jack up the rents.

Phil: That sounds great. In Ontario, there’s a lot of frustration among the smaller mom-and-pop landlords that do not have the support, guidance and protection like tenants do. I’ve seen a number of investors get out of the rental business this last year and a half. Big corporations are the ones that are staying and getting in [the rental market].

Meray: [Big corporations] have lawyers and people who can take care of take them. The average mom-and-pop type who wants to be a landlord is not getting any support from the Landlord and Tenants Act for sure. The big corporations can handle it. The ones that are going to get scared off are the smaller people who we want [being landlords]. That needs to be looked at.

Phil: The tenants groups that are lobbying the government for changes under the notion that “all these landlords are filthy rich” need to rethink that. If all that’s left is these big for-profit corporations that are providing rental units, that will really, really, really hurt.

There are bad mom-and-pop landlords as well. But there’s a lot of good ones that genuinely want to [provide] decent housing and have good tenant relations. But they’re doing it as an investment, so obviously they need to see a return for that.

Meray: If everybody wins, that’s the best-case scenario.

Phil: How I afforded buying a place in the city is having a rental component. The banks like it when you can create duplexes, triplexes that are legal. And it will help younger people get into homeownership where otherwise they might not be able to do it.

Meray: I have four units in my house. I’m a single mom. It gives me that added security.

Rad: And the bank does consider 50 per cent of the potential rent when you’re applying for that mortgage.

Phil: Most of the big banks will. But it is very lender specific. And it can be anywhere from 50 to even 80 per cent of the rent that will be counted towards your income in order to qualify.

Rad: The Conservatives had a proposal to encourage a new 7-10 year mortgage for first-time home buyers. And they also want to ditch the stress test for mortgage renewals, which will free people up to seek out competitive rates. And they mention fixing the stress test so that it doesn’t work against the small business owners, contractors and other non-permanent employees, which is essential in this gig economy. The NDP says they want to bring back insured 30-year mortgages to make things more affordable.

Philip: We have to be careful which groups we’re increasing buyer power for. Because if you increase people’s buying power, that just means everybody is going to be able to spend more and then you get higher prices. Putting in those programs for first-time homebuyers is really good. The 30-year amortization being insured is good. But if suddenly everybody gets that, then everybody’s just able to spend more because monthly payments are lower. We really have to make sure we microtarget where we want these programs to work.

Meray: That sounds really good, Rad. But look at the bigger picture of what it costs to invest in properties. It doesn’t even cover land transfer tax; especially in Toronto, where there’s double the land transfer tax.