Immigration will be a “safety net” to housing bubble concerns: RBC 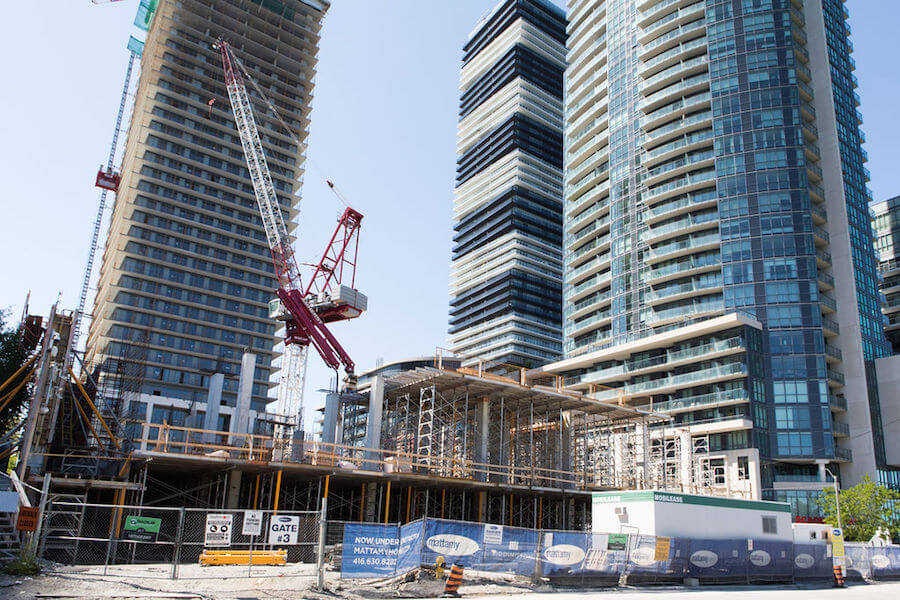 Canada appears on track to meet its ambitious immigration target. The country plans to welcome more than 1.2 million newcomers over a three-year period starting in 2021.

As required by immigration rules, permanent residents are bringing over money for their settlement in their adopted country, so they will not be a financial burden for the government. Some of these funds are expected to go into future purchases of homes.

So what will the resumption of immigration means to the Canadian housing market?

“When we look back over the past 15 months, the drop in immigration hasn’t done anything to weaken home prices or home resale activity,” says RBC economist Robert Hogue in a phone interview.

“And so to go forward, it might not necessarily have the opposite effect of boosting prices per se, at least in very short order,” the economist added.

Although Hogue does not expect immigration to add more pressure on housing prices, this movement of people to the country can serve a purpose in the real estate market.

“The way we see immigration is more kind of a safety net, at least over the next year or couple of years,” the RBC economist said.

Hogue continued: “Whereas if there’s some fear out there that now we’re in a bubble and it may burst and we may see a collapse in the housing market, our view is that a factor like immigration resuming will provide some support for the housing market.”

Is the Canadian housing market in some sort of trouble?

“We would not expect the market to collapse or to see a major a huge price crash, for example, the way we saw in the U.S. after the 08-09 financial crisis, so that [immigration] will be a supportive factor on a go-forward basis,” Hogue said.

Immigration stalled last year on account of the COVID-19 pandemic. In 2020, Canada welcomed 184,000 new permanent residents. The number is just over 50 per cent of the 341,000 that was targeted at the beginning of that year.

On April 15 this year, RBC Economics noted that Canadian immigration is showing signs of a rebound. Bank economist Andrew Agopsowicz noted in a report that the “pace of immigration picked up significantly in the first two months of 2021.”

The report said that the country admitted 25,000 new permanent residents in January and 23,000 in February, “nearly matching levels seen in the first two months of 2020”.

In April this year, Canadian immigration lawyer Zool Suleman said it’s not smart of some people to believe that immigrants are arriving penniless.

“When you have an aggressive immigration program, which Canada does, I think it’s naive to assume that people will come and they will not be accompanied by capital,” Suleman said at the time.

Suleman said that this is a “naive assumption” because “one has to understand, of course, that people who do have wealth often move with their wealth.”

One may note that the B.C. government’s foreign buyer tax on purchases of real estate does not cover permanent residents.

Permanent residents are basically new Canadians. They are Canadians in waiting. They become eligible for citizenship after three years of residency. While waiting, they pay taxes and enjoy all the rights of a Canadian citizen, except to vote.

In March this year, the share of foreigners, who don’t include permanent residents, in the fair market value of homes in B.C. dropped to almost zero in 2020, the year when the COVID-19 pandemic started.

Brendon Ogmundson, chief economist with the B.C. Real Estate Association, said in a report that foreigners accounted for 0.56 per cent of the value of homes bought last year.

In addition, the BCREA economist said that foreign buyers accounted for 1.4 per cent of homes sold in the province in 2020.

Going back to RBC’s Hogue, the bank economist released a June 15, 2021 report titled Home Prices Haven’t Peaked Yet In Canada. He noted that the benchmark price of Canadian homes increased 24.4 per cent year-over-year in May 2021.

Also, prices rose one per cent month-over-month in May. The price increases come even as home resales have dropped. This is largely because of the persisting tight supply of homes for sale. Also, new listings dropped 6.4 per cent from April to May 2021.

“While there may have been fewer buyers participating in them, bidding wars were still the norm in most markets,” Hogue wrote.

“Strong competition between buyers is keeping intense upward pressure on property values at this stage. We’ll need to see a much more significant market rebalancing before prices can stabilize. We expect this to occur late this year at the earliest.”

While the demand-supply equation has eased a little bit, Hogue said it has not done so sufficiently to produce a decline in prices.

“And in the near term, our view is that that equation will remain tightened up to produce further price increases,” he said.

However, over time into the latter stages of 2021, one might see the demand-supply equation improving sufficiently to stablize prices.

“We could potentially see some price declines in certain markets, but that would be, in our view, more of a 2022 story, and even then, it will be very market dependent,” Hogue said.