Inside the newly restored Broadview Hotel, opening in June

Get ready for a new east side rooftop patio, cocktail bar and boutique hotel where Jilly's used to be 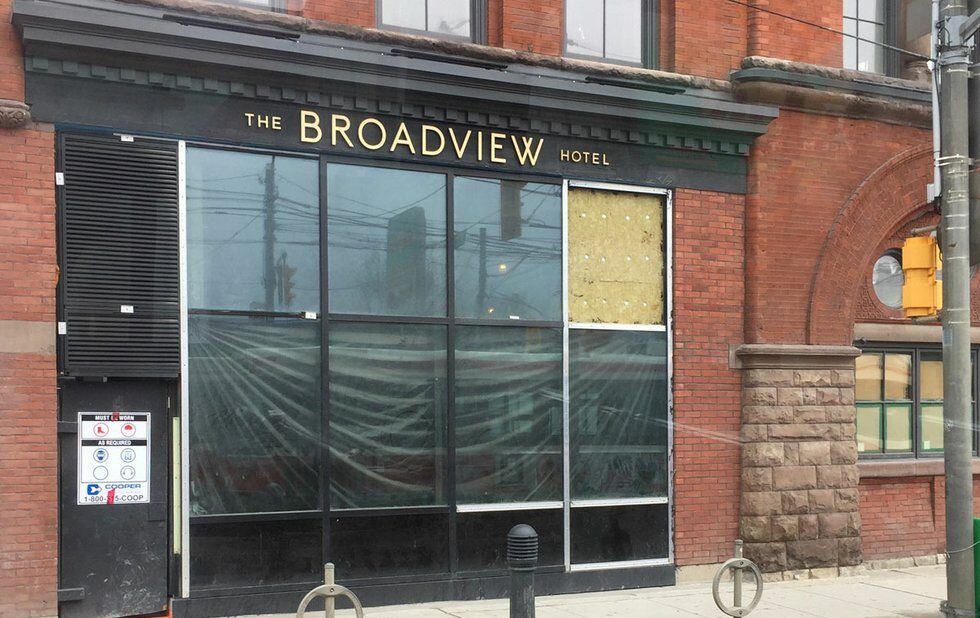 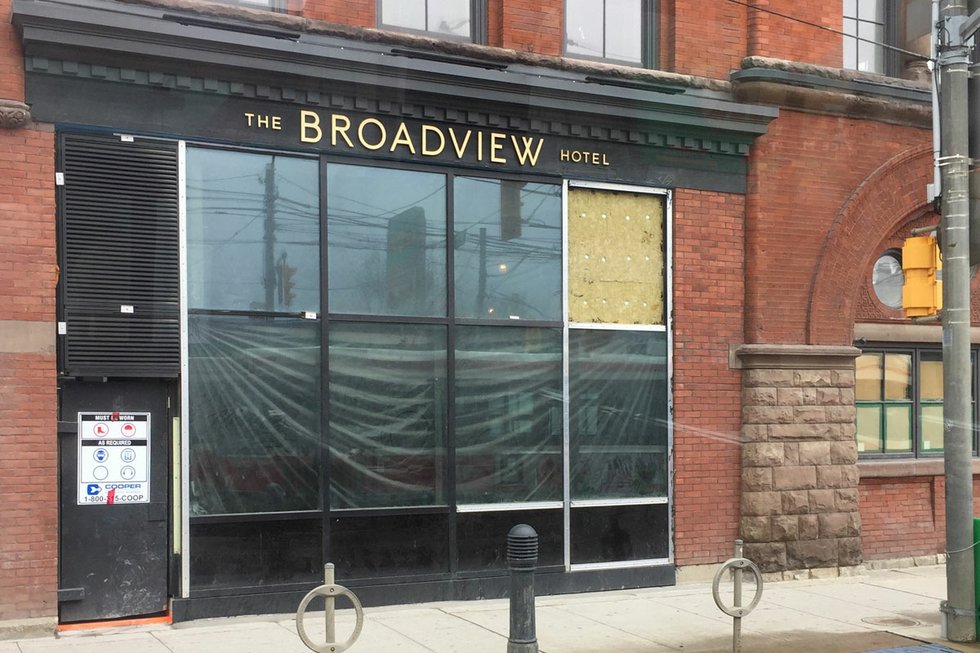 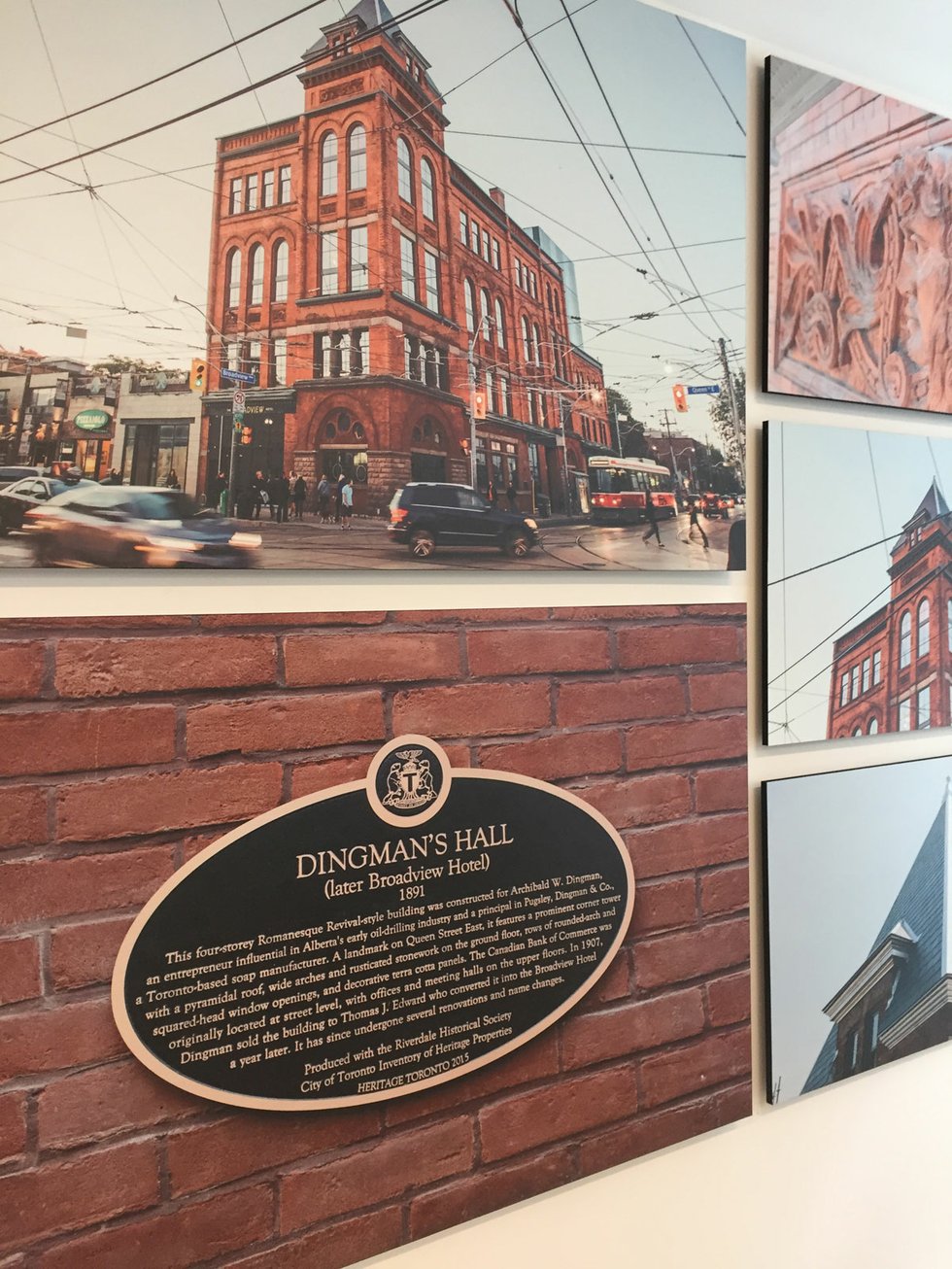 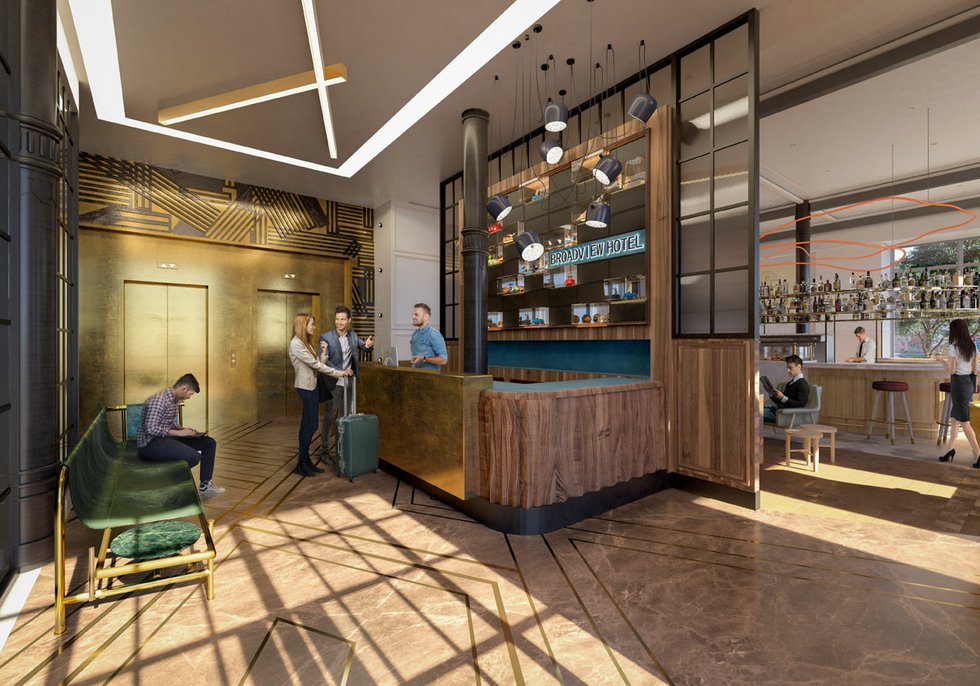 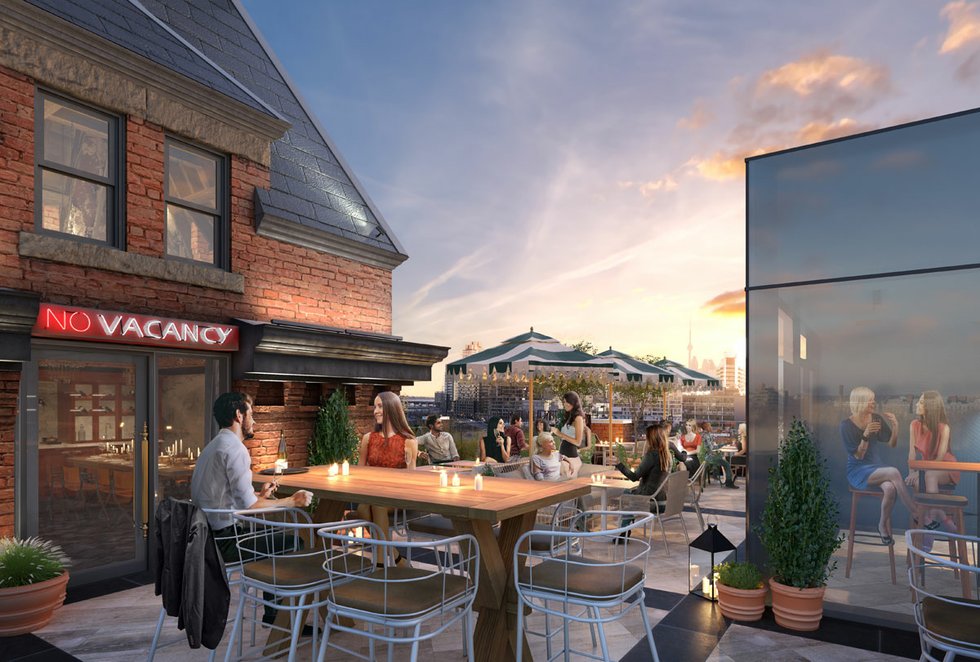 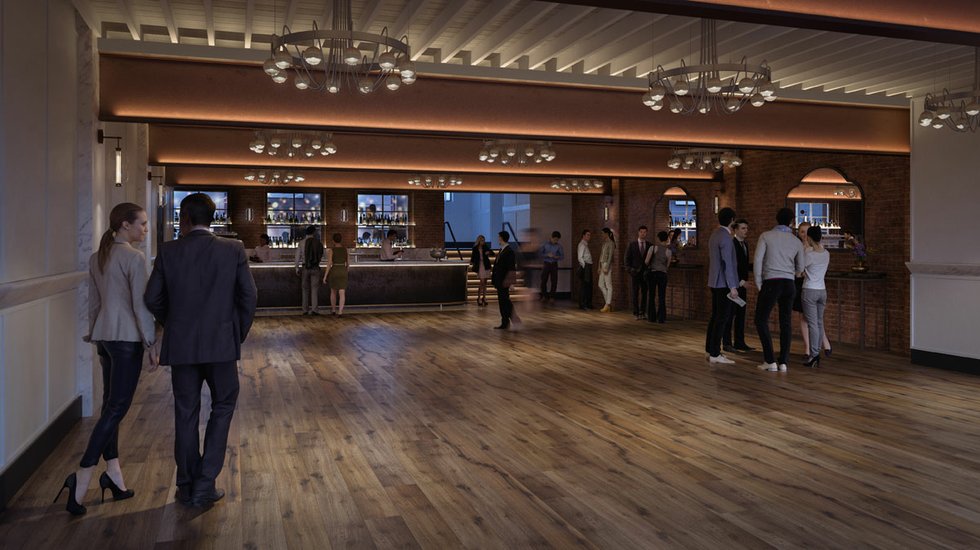 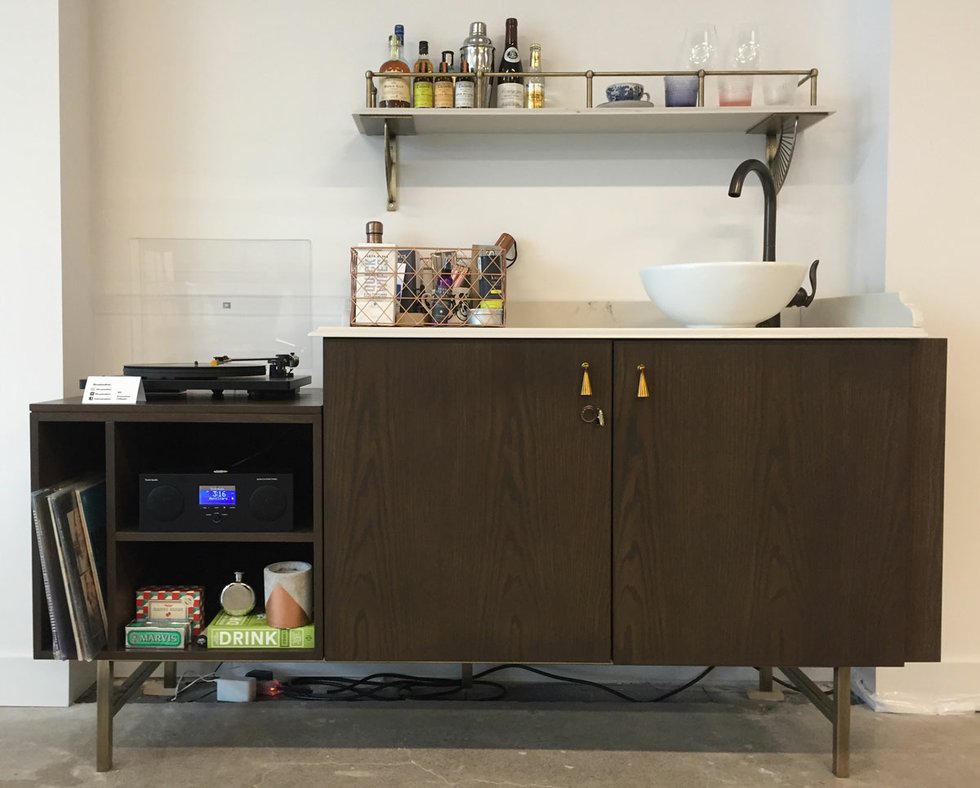 An east side landmark is set to open just in time for patio season. Three years after the Broadview Hotel (106 Broadview) was purchased by Toronto’s Streetcar Developments, the 126-year-old building has been fully restored to its former glory and is scheduled to reopen in June.

The building, first named Dingman’s Hall after an Alberta oil entrepreneur, was built in 1891. Its arched windows and tower feature are typical of Romanesque Revival, an architectural style echoed by the construction of the Ontario Legislative Building a few years later. In 1907, the building was sold and turned into the Broadview Hotel the next year. For a brief period, it was known as the Lincoln Hotel, and by the 1970s, it had turned into a boarding house with a seedy strip club, Jilly’s, on the ground floor.

“We’ve restored it to its original purpose – a neighbourhood gathering place and hotel – while keeping in mind its various incarnations through its 125-year history,” says Jeff Schnitter, Streetcar’s VP of architecture at an April 20 media preview at Streetcar headquarters on Dundas East. “We want to be authentic to the building, the neighbourhood and the people in the neighbourhood.”

That meant keeping the building public rather than turning it into condos, and offering five different spaces for everyone to enjoy in addition to the 58 guest rooms. 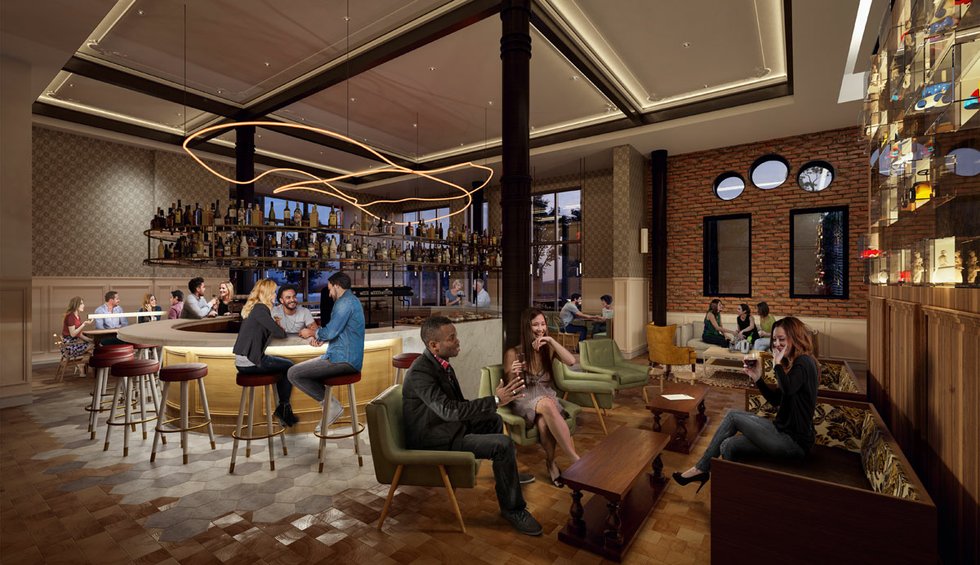 The Broadview Hotel’s cafe and bar will serve breakfast and coffee during the day and transform into a cocktail bar at night.

The ground floor houses a café and bar, which offers breakfast, coffee, sandwiches and other grab-and-go items during the day. At night, the room, which features an oval bar and neon sculptural lighting, transforms into a cocktail and champagne bar.

Across the lobby is the Broadview’s formal 80-seat restaurant, the Civic. Helmed by executive chef John Sinopoli, who also runs the east end’s Ascari Enoteca and Hi-Lo Bar, dishes at the Civic are inspired by Victorian England. Whole roasts, game birds and offal are all on the menu, executed with a modern, Toronto-minded twist. 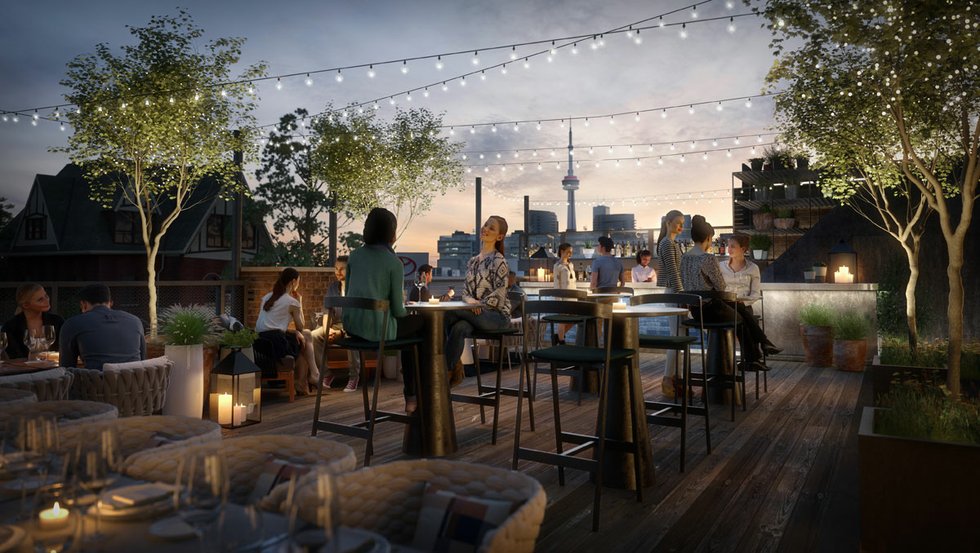 The Broadview Hotel’s Lincoln Terrace on the second floor.

Above the restaurant, guests will find Lincoln Hall and Terrace, a 4,000 square-foot space that will be available for events. On the top floor is the Rooftop, a more casual restaurant run by Sinopoli. The menu here will feature lighter seasonal dishes such as scallop ceviche and beet salad as well as small dishes ideal for sharing.

The Rooftop restaurant is housed in a glass box, which was built as a new addition to the sixth storey. Made almost entirely from glass, including a skylight, it offers incredible views looking east and west. Just outside the Rooftop is a patio. Perhaps the most modern-designed space within the hotel, the rooftop patio has a garden feel and the rescued “New Broadview Hotel” sign that once hung outside the building. 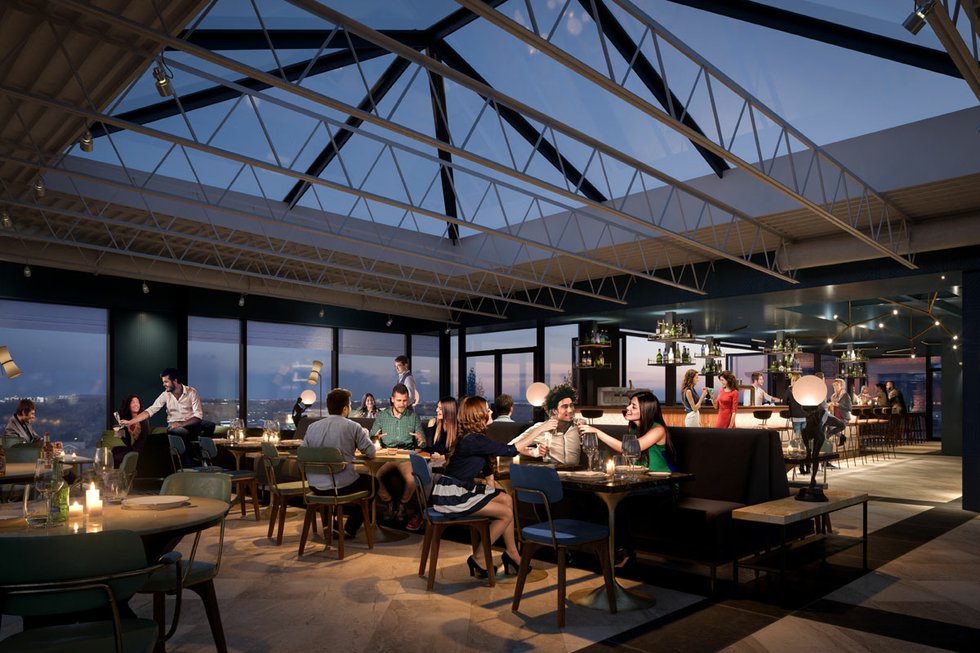 The Rooftop restaurant features a skylight and floor-to-ceiling windows.

If you get a chance to stay in one of the Broadview’s guest rooms, you’ll find subtle nods to the building’s history such as boudoir-inspired décor pieces and a vinyl record player.

In fact, you’ll notice these “Easter eggs,” as Matthew Davis calls them, through the building. Davis is the principal and founding partner of DesignAgency, which completed the interiors of the Broadview. Wallpaper in some of the bathrooms feature a print of pinup girls, a reference to Jilly’s. And in the ground-floor café and bar, the room’s wallpaper is nearly identical to the first sheet of wallpaper that graced those walls, which was discovered after DesignAgency peeled back layers and layers of wallpaper. 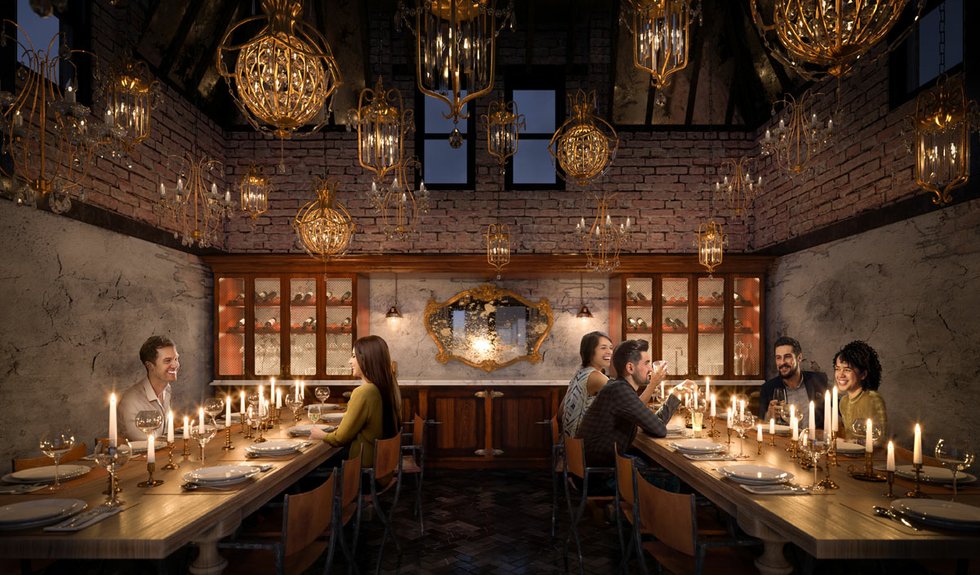 Book a private dinner in the Broadview Hotel’s historic tower.

Perhaps the coolest feature in the Broadview Hotel is one slightly hidden from plain sight. The tower, which rises up from the corner of Queen East and Broadview, will be open for private events including seated dinners for 20 and cocktail receptions for 30. Of all the spaces in the building, this one on the seventh floor was left almost untouched. The room features exposed brick and wood, arched windows and of course, a grand vaulted ceiling.

Comparisons to some of Toronto’s other boutique hotels like the Gladstone and the Drake are unavoidable, but Sinopoli, who lives on the west side but runs all of his businesses on the east, says the Broadview is ready to carve out its own identity.

“It has to do with the people and the other businesses in the neighbourhood,” Sinopoli says. “We’re a little less party, a little more laidback on the east side.”

That won’t mean the Broadview Hotel won’t be home to some great parties (They’re ready to host weddings, work parties and whatever else you have in mind). Plus, we’ve got a feeling that rooftop patio will become a hotspot this summer.