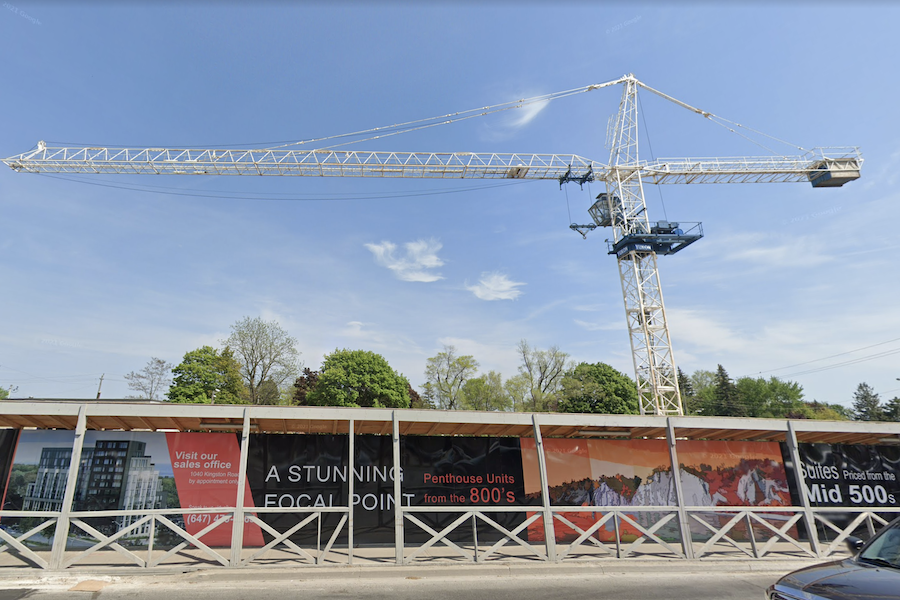 Homeowners purchasing investment properties are driving up prices in Toronto real estate and making the housing market even more vulnerable to a correction, according to the Bank of Canada.

In a November 23 speech summing up a trend across Canada but especially felt in Toronto and Montreal, Bank of Canada’s deputy governor Paul Beaudry says investors are flocking to buying secondary or multiple homes with expectations for future price increases, which he says can become “self-fulfilling” in the short term but catastrophic later.

The damage from a drastic fall in house prices can “spread far beyond the investors” because so for many households have their wealth tied to low-mortgage rates and the value of their home.

“A key concern here is that financially stretched households have little breathing room to absorb any disruption to their income,” Beaudry says.

Beandry’s speech comes as more and more homeowners are witnessing massive real estate price gains, particularly over the past year, experiencing FOMO and jumping into the investment property game, seizing on every available listing and pre-construction condo opportunity up for grabs. They’re able to scoop up properties by leveraging the equity amassed on their homes from those very same price gains, which leaves first-time homebuyers in the lurch.

According to Teranet’s market insight report, 25 per cent of the people purchasing a home between January 2011 to August 2021 were multi-property owners, competing against roughly the same number of first-time home buyers.

A chart provided by the Bank of Canada shows the year-over-year growth in investors buying homes surged 100 per cent compared to just over 40 per cent among first-time home buyers. The growth between these demographics were roughly in line in the past, so the extremely wide gap in the past year is a jarring indication of the imbalance in the housing market.

According to Teranet, most multi-property owners were gen-Xers (32 per cent) and generational households with multiple buyers (26 per cent). Millennials only made up 22 per cent of that demographic. And the sales data indicates that most people multi-property real estate in owners in Toronto are flocking towards purchasing condos as investment units since they are the more affordable option.

Beaudry reminds that investment buyers expectations for price gains are predicated on the current situation, where supply is short. He says the expectations are “becoming extrapolative, which could create “a disconnect between actual home prices and their more fundamental levels.”

At this point, most buyers seeking investment properties owners are relying on future immigration to drive Toronto real estate prices further up from their current sky-high levels. Meanwhile they’re driving those prices up themselves.

A realtor I spoke to, who did not want to identified in this story, has been heavily marketing new sales of pre-construction condo units at the edge of eastern edge of Scarborough. Two-bedroom condos were selling for approximately $700,000, which is roughly the current market rate, though not really in that relatively untapped area.

The realtor dismissed any concerns I had about not being able to secure a big enough mortgage that would cover that unit and my current home when it would be ready to close in four years. The realtor also vaguely promised being able to secure an adequate mortgage for me or an easy re-assign, which means I could simply sell the property to a new buyer in a tight window before closing, provided there’s interest.

“Better hurry up, lay down that deposit before the opportunity is gone,” was the vibe of our conversation and the mantra for the Toronto real estate market. “We could sort out the actual finances later.”

“It makes me extremely nervous,” says Eccleston about that attitude among realtors when it comes to handling transactions worth nearly a million dollars. “A lot of times people are overly confident.”

I personally decided to opt-out. Why deal with real estate fees and taxes, while stressing that this condo unit needs to gain value at the rate that condos have been gaining value over the past few years to make that investment worthwhile. I could just purchase stocks in Lowes or Home Depot instead. If real estate is doing well, then surely those businesses must. And that investment takes much less effort and has been growing at a faster rate than real estate.

“At the same time, I was saying that five years ago,” says Eccleston. “I was apprehensive then as well. All of those agents pressured their clients to buy something five years ago are winning big time.”