NOW MagazineLifeReal EstateShould I buy into a non-profit condo development?

Should I buy into a non-profit condo development? 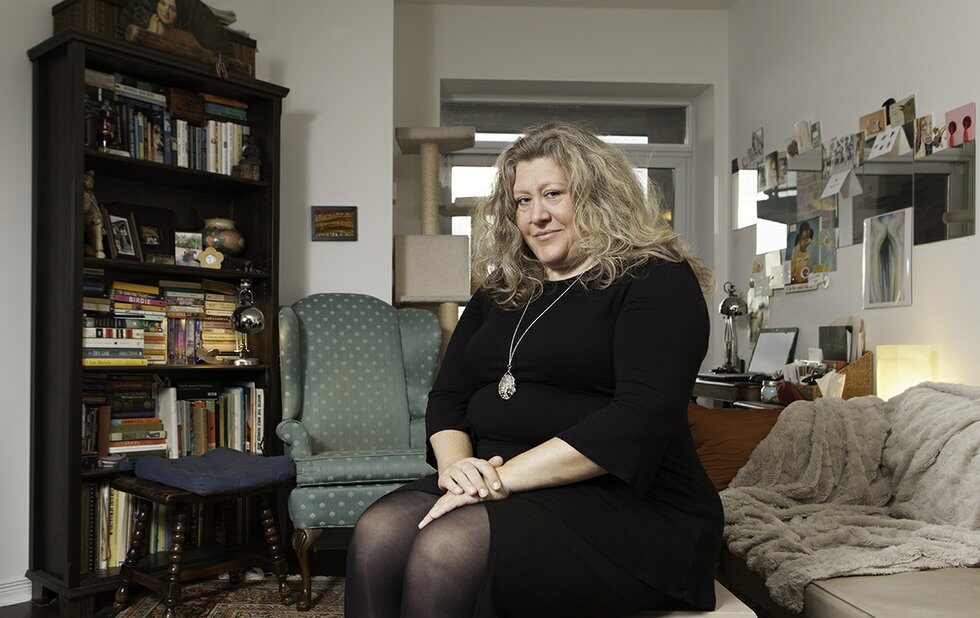 Melanie Campbell never thought she’d be able to afford a home in Toronto. Although the 44-year-old had a stable job at Woodbine Racetrack and money put away for a down payment, the housing market was just too prohibitive for a single-income buyer.

“When I started doing the math and looking at what was available in my price range, it was not good,” says Campbell. “I looked at older condos but the monthly carrying costs pushed me way past my budget. I could afford a ditch or a cardboard box.”

Then in 2008, a friend told Campbell about Options for Homes, a non-profit housing developer that assists hopeful GTA homeowners by offering a down payment-assistance loan. After attending an info session about a new Options condo in the Junction, she purchased a 500-square-foot bachelor with views of Lake Ontario, High Park and the downtown skyline for $224,000. She bought pre-construction and moved into her unit in 2011.

As the housing market becomes more inaccessible to many middle-class residents – the median household income is $75,000, while the average home is $916,000 – non-profit development companies like Options and New Commons play an important role in addressing the city’s housing crisis. They join other long-running organizations like Habitat for Humanity and Kehilla, a program that provides affordable housing to the Jewish community.

However, as the real estate market gets hotter, lower income Torontonians are finding that even not-for-profit condos are now out of reach.

Options built its first development in the Distillery District in 1994 and since then, it has built more than 3,000 units in 10 project sites across the city. In their model, the buyer contributes five per cent of the total price of the unit for a down payment and then Options tops it up to 20 per cent. When the homeowner decides to sell or rent the unit, they pay back 15 per cent of the final sale price.

“Our social mission is to help people become homeowners,” says Options’ CEO Heather Tremain. “We believe home ownership is a significant vehicle to help people create resilience and to improve the trajectory of their families.”

Trillium Housing is a new initiative that also helps provide financial support for buyers struggling to break into the GTA’s housing market by working with conventional developers.

For its first project, a 62-unit townhouse project at Rogers and Keele called the Loop, Trillium teamed up with VanMar Constructors to offer more than half of the buyers payment-free mortgages, a model similar to Habitat for Humanity. Private investors, the City of Toronto, Build Toronto (the city’s arm’s-length real estate corporation) and the Investment in Affordable Housing for Ontario program funded the mortgages, which vary depending on the unit price and the buyer’s household income. Like Options, the homeowners have conventional mortgages with a bank in addition to their payment-free mortgage with Trillium. When a homeowner sells, they pay back Trillium’s original capital plus a share of the appreciation.

“People want to own a home and for so many, this is the way they can do it,” says Trillium co-founder Joe Deschênes-Smith.

The demand is so high for affordable housing that although only around 200 people RSVP’d to the Loop’s first info session, more than 600 showed up. “We had lineups of people waiting for appointments to get reviewed [for the mortgage]”, says Deschênes-Smith.

Even though Options is building more condos than ever in Toronto – it currently has two in construction at Danforth and Eglinton and Main and Danforth, plus another seven in the re-zoning process – the non-profit is also trying to keep up with demand.

“We’ve had a big surge in interest through calls to our offices and people getting on our wait list,” says Tremain. “There are a number of people who historically would have been able to get into the market on their own and now they’re no longer able to do that.”

The rising price of land and construction costs has caused higher prices for Options buildings, which eliminates lower income households that can no longer afford the five-per cent down payment.

Likewise, the Loop buyers are middle-income households. A one-bedroom is in the $200,000s, while a three-bedroom goes for $600,000, which isn’t lower than market prices. As Deschênes-Smith says, the affordability is facilitated through the mortgage.

“These models serve a need, but I don’t think they’re the biggest priority when it comes to affordable housing,” Suttor says. “We’re not putting in a big effort on affordable rental. Per capita, the GTA is way below what BC or Quebec has done in recent years.”

However, for those within that niche, like Campbell, these models help them feel more self-reliant and protected in the city’s housing market.

“Owning a home seemed like a pipe dream because I have one income and it’s not like I’m a vice president of anything,” says Campbell. “I feel so much more secure as a single person knowing that I’m building equity.”