Politicians are urging landlords and tenants to find ways to weather the economic fallout from COVID-19, but some landlords say financial relief must increase 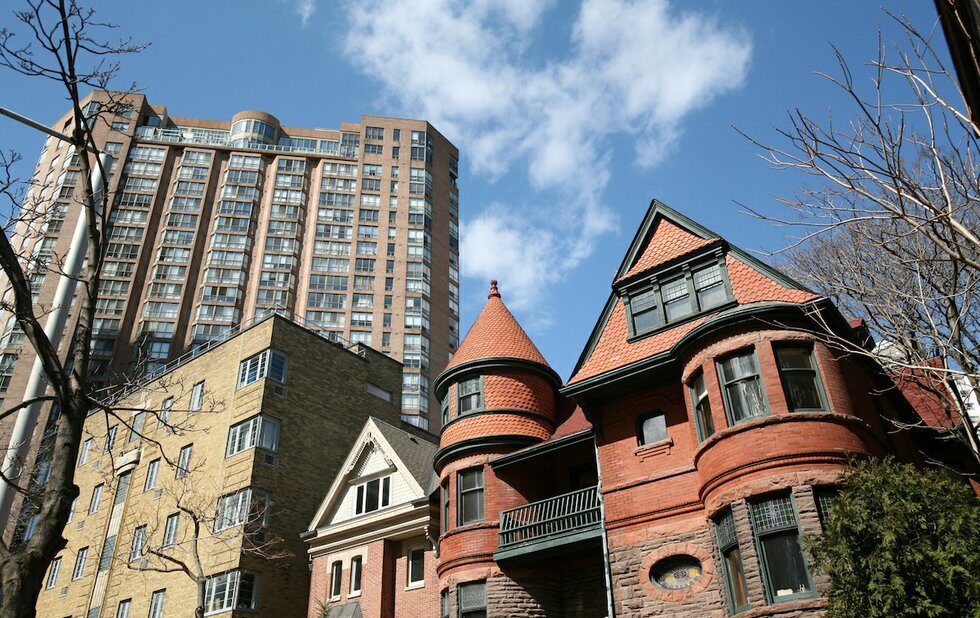 The government’s response to COVID-19 is pitting tenants against their landlords, say investment property owners worried about an April rent strike.

Municipal, provincial and federal leaders have said tenants who have lost work due to the coronavirus pandemic should not have to worry about paying rent on April 1 and called upon landlords to help renters weather the economic fallout.

“I urge all landlords across the city to do what they can to help tenants who suddenly find themselves in very different circumstances due to this pandemic,” John Tory said in a statement on March 24 after a meeting with landlords the day before.

In response to the crisis, Ontario has suspended evictions but stopped short of taking actions like British Columbia, which is offering renters up to $500 a month for three months and banning rent increases during the crisis, or Alberta, which has frozen rent increases and deferred late fees.

While federal emergency benefits for employees and employers are not expected to begin flowing until mid-April, small landlords are feeling squeezed.

“You got our mayor, premier and prime minister going out there saying don’t worry about paying rent,” says Philip Kocev, a broker at iPro Realty Ltd. “[Politicians have] left this perception among some tenants that that just means, ‘Oh, we don’t have to pay.'”

Political leaders like Ford and Tory have since clarified their messaging, but there have been calls for a rent strike by Parkdale Organize! The housing rights activist group is urging tenants to not pay rent due on April 1, either as a way to hold on to their money or as an act of solidarity with neighbours who can’t afford to pay. “Tenants keep your rent,” says the group’s website. “Landlords keep your distance.”

At least one corporate landlord with a property in Toronto is waiving rent increases and promising not to evict tenants during the crisis. Nova Scotia-based Killam Apartment REIT, which runs the building at 100 Lower Ossington, also said in a statement the company will “work with those of our residential and commercial tenants facing financial hardship to find flexible payment solutions on a case-by-case basis.”

But Kocev and Guiguis argue small landlords who own one or a handful of rental properties will suffer most if the government doesn’t financial relief for landlords and tenants alike.

The landlords would love to see public funding specifically designated for tenants who can’t work due to COVID-19-related closures. But they want the language to change from deferrals to freezes.

“If anybody in Canada can afford a little bit of a loss, I would think it’s Canadian banks,” says Kocev, arguing that interest payments must freeze if government-enforced social-distancing lasts beyond a month. “Waiting a few extra months to collect your interest probably isn’t going to hurt [banks] terribly. The government can float them. They could provide temporary loans to the bank if they really need it.

“Bank payments stop,” Kocev continues. “Rent stops. Commercial, residential – let’s just freeze everything. And then in six-to-12 weeks, whenever we get through this, we’ll pick up the pieces. There’s time to think about the right strategy to rebuild.”

Are mortgage deferrals enough for landlords?

Geordie Dent, Executive Director at the Federation of Metro Tenants’ Associations, told CBC News that tenants aren’t getting any financial aid while landlords are able to have mortgage payments deferred.

“Landlords with CMHC-insured mortgages who are facing financial difficulties have access to the same tools and relief measures,” says Audrey-Anne Coulombe, a spokesperson for Canada Mortgage and Housing Corporation.

But the Big Six banks’ announcement to defer mortgage payments isn’t being applied to all landlords, says Kocev and Guirguis. The fine print: bank reps tell NOW each mortgage is being considered on a case-by-case basis and the landlords NOW spoke with say their requests for mortgage deferrals were denied since the option is for primary residences only.

A couple landlords got different answers from the same bank depending on how long they’ve had their mortgage. And everyone, whether they be landlords or tenants, must prove income has been affected by COVID-19.

“Nobody that I personally know who owns investment properties have been able to qualify for a deferral on their mortgage,” says Guirguis.

She says she knows eight landlords who have tenants who have communicated they cannot pay their rent but do not qualify for a deferral. Some were denied because a non-paying tenant does not meet the requirement for a deferral.

Even if a landlord does qualify for the mortgage deferral, they will have to pay eventually.

“This is not mortgage forgiveness,” says Mathieu Labrèche, spokesperson at Canadian Bankers Association in a statement. “Mortgage deferral means that payments are skipped for a defined period of time, during which interest that would otherwise be part of the deferred payments is added to the outstanding balance of the mortgage.

For example, a landlord who purchased a million-dollar home with a 20 per cent down payment must pay almost $4,000 monthly, half of which is interest. If a payment is deferred, both the principal portion and the interest portion are added back to their principal loan and both deferred amounts begin accruing compounded interest.

Put simply, a mortgage deferral may save the most desperate in the short term, but it is a dangerous way to accumulate debt.

And that doesn’t even consider how property tax, utilities and maintenance fees figure. Toronto has announced a 60-day, interest-fee grace periods for property tax and utility bills, but the payments must be made eventually.

Corporate landlords will keep going despite missing some rent payments because their profits are large and operating costs are relatively low. Many are Real Estate Investment Trusts (REITs) that accumulate wealth for pension plans.

Smaller landlords say they need to be viewed differently than corporate property owners.

“The guy who owns a triplex has huge costs,” says Guirguis. “They’re barely covering their basic expenses. If all three tenants don’t pay rent, that landlord can’t pay their mortgage. That landlord is probably not qualified for a deferral.”

Kocev adds many landlords operate at a loss, especially if they are renting a newly built condo.

“Despite how high rents are in this city, by the time you factor in mortgage, condo fees and insurance, some are losing between $300-$500 a month,” says Kocev.

Why would a landlord take such a hit? To pay down that mortgage while the condo accumulates value. In 25 years, they could have an asset to apply toward retirement, provided the banks don’t foreclose on it before then.

There are also landlords who live in their properties and rent out a part of their home to pay the mortgage. “Some of these homeowners who are small landlords really rely on that income to be in their homes,” says Kocev.

Ontario has frozen evictions to curb the spread of COVID-19, but the move was a financial blow to landlords who had been waiting months to vacate tenants who haven’t been paying rent.

“The minute a landlord gets to $5,000-$10,000 in arrears, that can wipe out a few years of any profit,” says Kocev, who adds that all the protections provided to tenants while small landlords are left in the cold is why the latter consider selling properties or setting up an Airbnb.

Amid the financial turmoil, small landlords were heeding Ford’s and Tory’s calls to communicate and work with tenants. Both Kocev and Guirguis have tenants who lost jobs due to the COVID-19 pandemic. Both are coordinating payment plans that work for both parties.

“Two of my tenants have reached out to let me know they’re not sure how they’re going to manage,” says Guirguis. “We’ve already coordinated a payment plan to help alleviate the stress of having rent due immediately until they sort out EI and all those other things.”

“If you honestly can’t pay it, landlords are going to have to understand that and be compassionate,” says Kocev. “If you’ve gone from a full-time job to $450 from EI a week and your rent is $2,000 a month in the city plus food and other bills, you’re just not going to have it. We have to be appreciative of that.”

“People don’t have the income coming in,” Guirguis continues. “Instead of attacking the landlord, maybe work with the government to change the regulation so that it’s not so awful.”