CBC is reporting that PACE Developments demanded an extra $100,000 from clients who paid deposits on homes before the pandemic 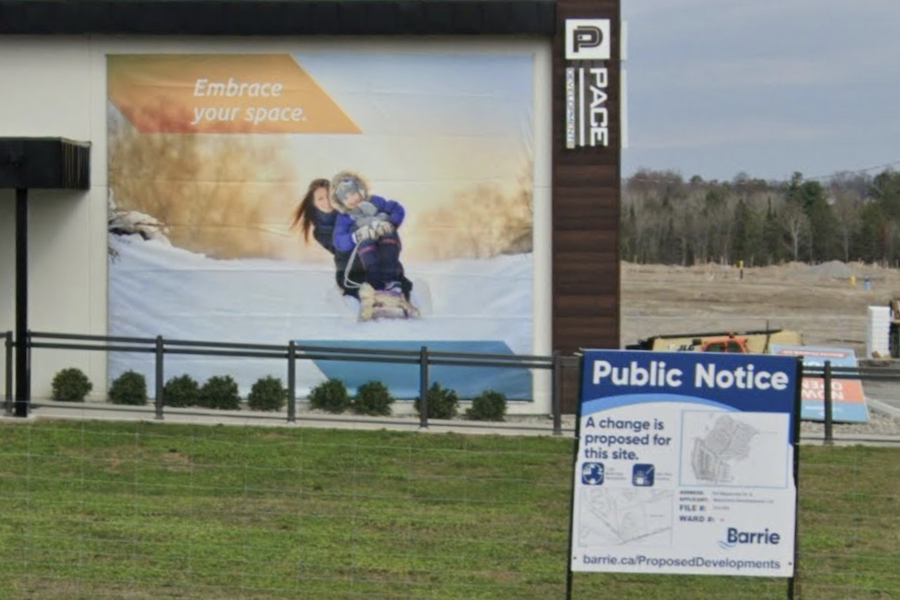 A condo developer cancelled or forced higher prices on deals for pre-construction units north of Toronto, according to the CBC, creating an unanticipated anxiety for would-be home buyers in an already stressful real estate market.

CBC reported on November 20 that PACE Developments gave buyers of their Phase 1 units at Urban North Townhomes in Barrie an ultimatum: pay an additional $100,000 on the selling price or take a refund on the deposits paid between 2018 and 2020 and move on.

PACE told the buyers and CBC News that the decision was made to cover additional costs incurred due the pandemic, like more expensive materials and delays in construction. “This situation affects buyers at the earliest stages of this project, which had a scheduled completion date of over a year ago,” PACE Developments managing director Yvonne Sciavilla told CBC News.

Checking in our Urban North Phase 1 Freehold Townhomes in Barrie, ON. ⁣You can really start to see the townhomes taking shape. Some of our blocks are almost completed. ⁣We’re excited to see this development come together and develop into a beautiful community! ⁣ pic.twitter.com/JvpxUO4bFs

“I understand the supply chain issues that we’re going through,” says Odeen Eccleston, a broker and developer at WE Realty. She cites the labour shortage and the skyrocketing costs of everything, especially lumber.

But she notes that the entire industry is incurring these costs. “There are plenty of projects, hundreds of projects that have been signed in 2018 and 2019 and prior to the pandemic. And of course, there’s been delays and losses.”

Eccleston admits that it occurs to everyone to pass that cost down to the customer. “But it’s almost unthinkable because we just know that that’s inappropriate.”

“There was a pandemic,” adds Meray Mansour, broker at META Realty Group. “Some people lost money. Some people made money. That’s just part of doing business. You can’t then turn around and be like, ‘Oh, I’m losing money, so I need money from you when we have this agreement already.’”

“They might be like recovering some costs now, but long term they’re going to end up hurting their business,” she adds. “As a realtor, I would not feel comfortable referring my clients to that builder. How can my buyer trust them?”

Both Mansour and Eccleston say that PACE Developments could be within its legal right to cancel agreements, as do the experts CBC spoke to. The news outlet did not have access to the contracts.

“The builders have all this power,” says Mansour. “Their contracts are so huge. They have clauses in there that protect them. Technically they can do this. It’s not illegal what they’re doing, but it’s unethical.”

Eccleston believes the developer must have had no choice, but says offering clients with a signed agreement a financial ultimatum before cancelling the project is “embarrassing” for the industry. “Our integrity and reputation is so important.”

Eccleston adds that developers have cancelled contracts and provided refunds in the past. That’s nothing new. But usually it’s not because they’re seeking more money but because the development as a whole had been cancelled.

“Typically, that’s within the first year,” she says, noting that this development put incredible pressure on buyers.

The pre-construction clients had been waiting years for their new homes, enduring the same delays as the developer, making arrangements for accommodations while counting on the security of a promised home in the future as prices in the Toronto real estate market spiraled out of control.

Buyers who felt they had no option but to buy back in to their pre-construction units told the CBC that PACE is taking advantage of current prices, leaving them stranded in a Toronto real estate market where they can no longer secure the prices they signed on to for a year or two ago.

“They probably don’t mind losing some of their buyers that are not willing to pay the extra money because they could turn around and sell it for more money,” says Mansour. “Even more than an extra 100K.”

Eccleston worries that we could see more developers doing the same thing, choosing between eating the pandemic-era losses or maximizing their profit due to pandemic era price gains by leaving their clients on the lurch.

“If it’s within the parameters of their legal documentation, it’s going to be a choice between their morality and reputation or their bottom lines,” says Eccleston. “This is a decision for developers probably all across North America to put their reputation, clients, integrity and morality first. Or is it all about a dollar?”

Savage Love: My co-worker hookup is getting too serious – how do I bail?

Plus: My husband admitted he fantasizes about one of the most significant relationships in his life while we're having sex