Toronto is getting its first smoke-free condo

Located at Lawrence and Weston, the 22-storey building will restrict tobacco and cannabis smoking in all areas – but vaping is allowed 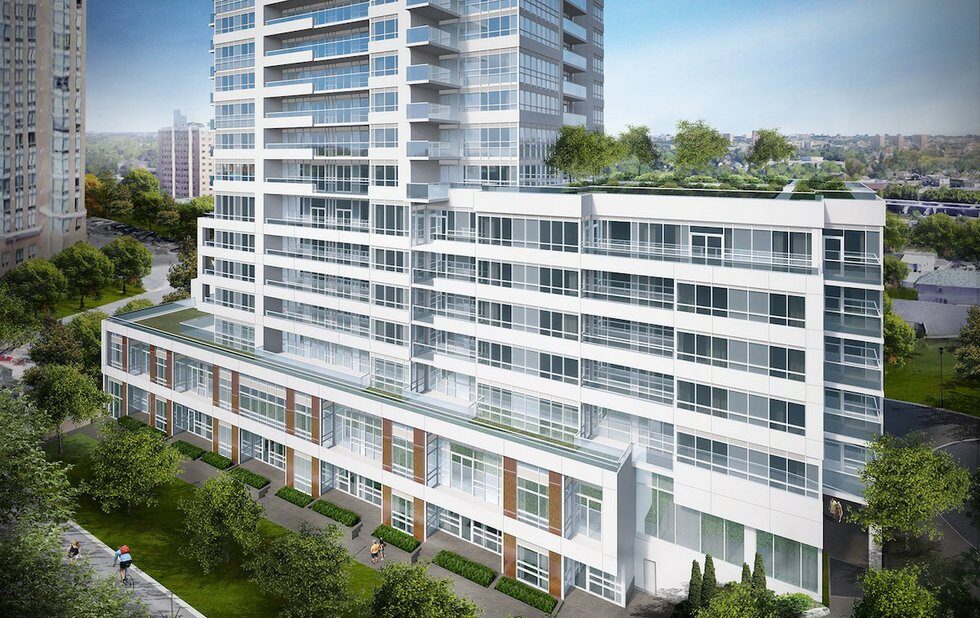 Courtesy of Options For Homes

The Humber, which will be situated on the banks of the Humber River at Lawrence and Weston, will restrict tobacco and cannabis smoking in all areas of the 22-storey condo building. Vaping of both nicotine and cannabis, however, will be permitted in individual units.

“Everyone is getting ready for the legalization of cannabis, and there have been a lot of concerns about how it’s going to affect condos,” says Options’ CEO Heather Tremain. “Fortunately, we were about to go to market so we decided to be proactive and establish [smoke-free] rules now.”

Banning smoking will prevent odours from transferring between units, balcony fires and cigarette trash accumulating on lower balconies. Although Options hasn’t received many cigarette-related complaints  in their 12 other developments, Tremain recalls an instance where the owners of a unit next to a heavy smoker moved out because of the pungent smell.

The decision is also an effort to appeal to families. The Humber is being marketed as a family-friendly condo with a suite mix of mostly two- and three-bedroom units.

Under the Smoke-Free Ontario law, smoking is banned in the common areas of multi-unit residences, including lobbies, party rooms, hallways, parking garages and stairwells. There is no provincial law prohibiting it in individual units.

There’s only one other multi-unit building in Toronto that has banned smoking from the beginning. The Alto is an eight-storey, 95-unit rental apartment building at Dundas and Sheridan in Little Portugal that opened in 2016. The lease states that it’s a non-smoking building and that “legal action would be taken” if the rule is broken.

“The reality is there’s not a lot of smokers – and even some of the smokers that we surveyed said they don’t necessarily want smoking in their building,” she says. “We’re trying to establish rules we feel are reasonable and protect the well-being of people in the building. I wouldn’t be surprised if [the industry] moves more this way in the future.”