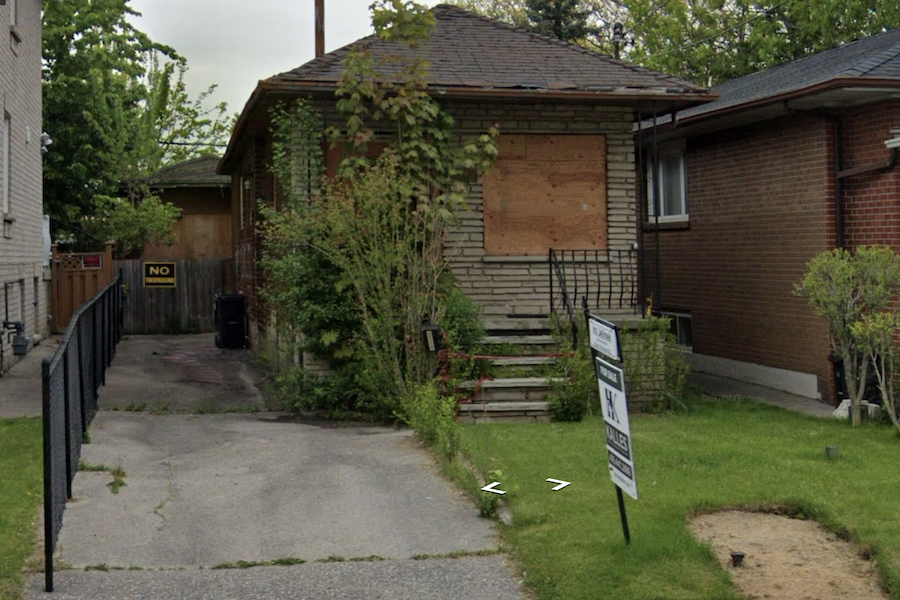 The boarded-up two-bedroom bungalow is currently listed for $1,149,000.

Average Toronto house prices are hovering above $1 million. And according to one Toronto real estate listing, that can get you a boarded up two-bedroom bungalow that the listing agent describes as “uninhabitable.”

“Build Your Dream Home!!!” the listing screams, pitching the 25 by 130 feet property’s proximity to the Glencairn TTC station and Yorkdale Mall. But the listing also warns that buyers don’t have access inside the home.

The only visual aid is a blurry picture of the front exterior. The house has been sitting on the market for 227 days.

The large ask for such a tiny Toronto house is reminiscent of the Lego-like Little Italy bungalow listed for $1 million in the summer and sold for $800,000 over asking.

But according to selling broker Lou Piccioni, from Keller Williams Portfolio Realty, the price for 242 Glen Park is fluid.

“The current price is to attract attention and stave off builders,” says Piccioni. He adds the owner is a builder who wants to construct a new house for potential buyers. “He’s got other projects. But this is sort of a legacy thing for him.”

The owner built the property in the 70s for his in-laws. They have since passed. According to Piccioni, they’ve been fielding offers from other developers. But the owner would rather build a home for someone interested in the neighbourhood.

That figure is roughly in line with average Toronto house prices. Detached homes in Toronto averaged $1,487,122 in September.