The housing agency expects average home prices to decline in the fall, but Toronto will recover sooner than other major cities in Canada 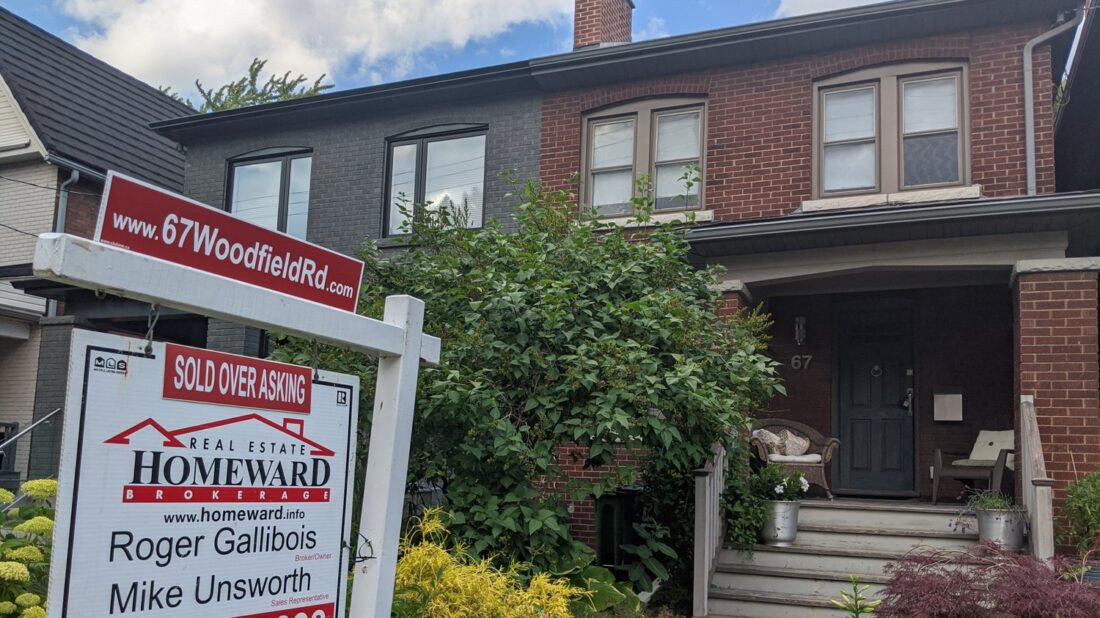 A semi-detached home in Leslieville sold over asking in June.

The Canada Mortgage and Housing Corporation (CMHC) expects declines in major real estate markets will happen later in the year, and the average house prices in Toronto, Montreal and Ottawa to recover sooner than in Vancouver, Edmonton and Calgary.

In a special edition Housing Market Outlook published June 23 following a spring 2020 report, the CMHC predicted the Canadian real estate market wouldn’t fully recover from the coronavirus pandemic until 2022, indicating that while activity, demand and prices will fall in major Canadian cities, the rate and magnitude of the declines and the subsequent recovery will vary depending on the city.

“I find that the market is hot,” says Eccleston, a broker with WE Realty, who says the lull caused by COVID-19 was shorter than expected and she’s now just as busy as she has been in previous summers. Just two days ago, Eccleston listed a fixer-upper bungaloft in Pickering that she priced high. She is speaking to me on a Saturday morning while preparing to firm up that property’s purchase. “People are out there in droves looking for houses.”

“It’s still very much a sellers market in Toronto, Ajax and Pickering,” says Mansour, a realtor with Re/Max Hallmark Realty. She adds that low interest rates and inventory is keeping demand in Toronto high, with the average home price rising above 2019 levels to $863,599 in May.

But these figures are lower than what was expected for Toronto in 2020, pre-pandemic, and Mansour is warning customers that COVID-19’s affect on the real estate market may have yet to kick in.

“Look out for September and October, when mortgage deferrals come due,” says Mansour, wary that homeowners who have lost employment and can no longer put off mortgage payments may end up listing, bringing up supply and dragging prices down.

Currently, both realtors are seeing multiple offers and higher than expected sale prices. They say there’s a preference for renovated properties where buyers don’t have to spend any additional money on the home and that the real estate with the most optimal presentation and pricing goes faster.

Eccleston also reports that some realtors are using COVID-19 like a buzzword to drive purchase prices down. On the same morning we spoke, a realtor presented Eccleston with a lowball offer on a listing, coupled with a warning that higher offers could fall apart come closing due to COVID-19-related pressures. When Eccleston grilled further, the realtor admitted having never experienced that herself.

Both Eccleston and Mansour also report an abundance of caution among buyers. According to Eccleston, buyers aren’t as eagerly diving into bidding wars just to get in on the real estate market as they did 2017.

Mansour adds that there are more offers coming in with conditions.

“Usually if you’re competing with four or five or more offers, you would never think to come to the table with conditions,” says Mansour. But she’s been noticing that since banks have made getting pre-approved mortgages more difficult, buyers have been left feeling less secured.

“I’m seeing two or three out of five offers with conditions. That’s different. People are a little more cautious.”