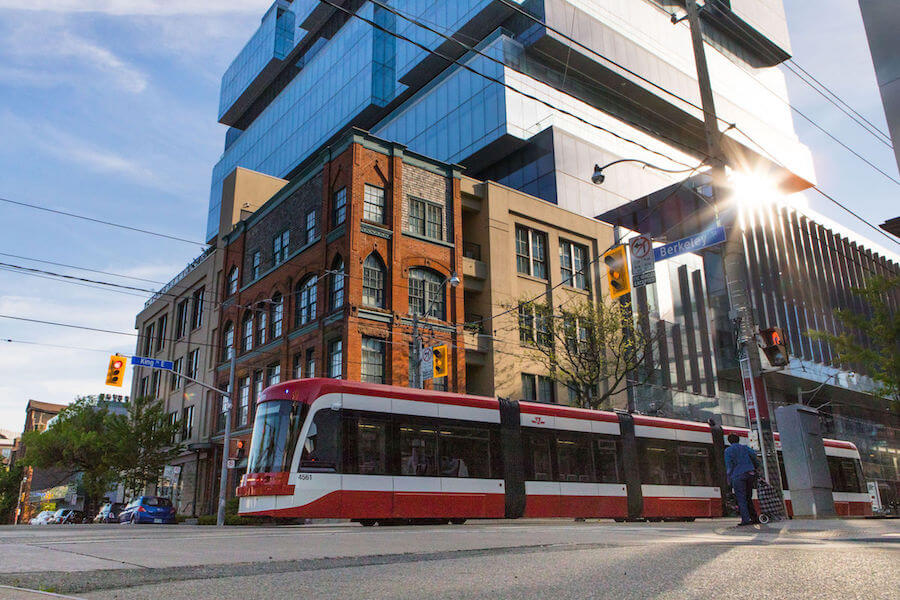 The Toronto real estate market isn’t focusing on building homes for transit commuters at the same pace as Montreal and Vancouver.

According to a new housing market insight report from the Canada Mortgage and Housing Corporation (CMHC), over the past three decades Toronto has built more housing within the city centre where people can walk or bike to work or the far-out suburbs for those who drive to work.

But the real estate market dips way below other Canadian cities when it comes to building housing near TTC lines.

The report looks at patterns of housing supply in Canada’s major cities from 1990 to 2018, and how much housing is built relative to distance from the city centre.

Areas are broken down into three types. The active cores is where people dominantly use their feet or pedals to get to work – think within five kilometres to work. The transit suburbs are housing areas typically built around subway stations, where residents commute using public transportation. And auto suburbs is mainly comprised of single-family homes on affordable tracts of land.

Toronto builds a high volume of housing, mostly condominiums and apartments, within five kilometers from the city centre. But housing starts plummet to their lowest levels in the areas five to 10 kilometres away from the centre, then slightly rises in the 10- to- 20-kilometre area. 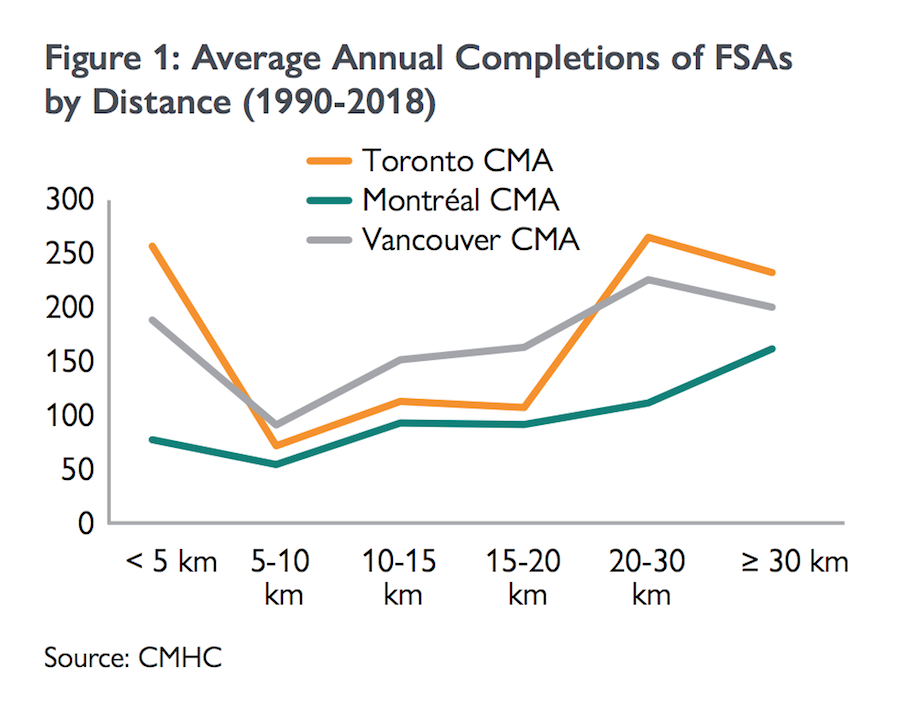 The report assumes housing starts in these transit suburbs remain low because available land is costly but there’s minimal incentive to build condominium apartments. The dip in these areas are the most severe in Toronto, compared to Montreal and Vancouver.

Montreal actually has more housing starts in the 10- to- 15-kilometre area than in the city centre, likely because the older buildings in the downtown area don’t easily accommodate condo construction.

Housing starts in the Toronto real estate market shoots back up to peak levels in the 20 to 30 kilometre area outside of the TTC’s coverage.

According to the report, the Toronto’s middle class families have been flocking to these auto suburbs and building their density.

The report also points out that the wealthiest areas in Toronto and Vancouver real estate markets have the lowest levels of construction, likely due to stricter municipal rules and “not-in-my-backyard opposition.”