Toronto real estate prices went up 24 per cent in August 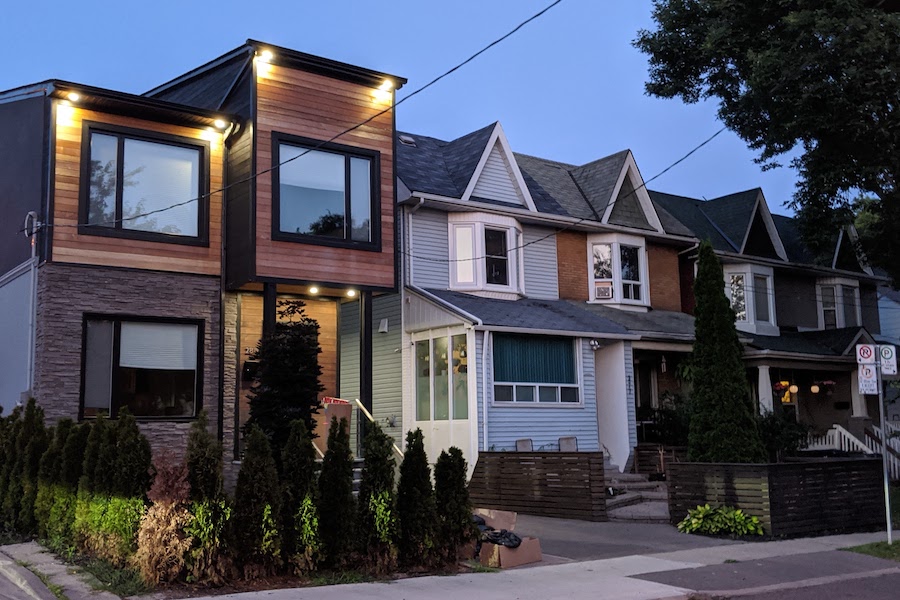 Toronto real estate prices hit yet an all time high for the third consecutive month.

“Competition between buyers was especially strong for low-rise home types,” says TRREB’s Chief Market Analyst Jason Mercer in a statement. He adds those homes are largely responsible for the price growth.

Sales in August were up by 40.3 per cent year-over-year. The unusually high number of transactions – 10,775 – is the result of pent up demand after the COVID-19 pandemic stalled the market in spring.

WE Realty broker Odeen Eccleston adds that the ability to host open houses again added to the August frenzy. She explains that demand for properties under $1 million is particularly intense, since buyers don’t need to fork over a 20 per cent deposit for those purchases.

The Canada Mortgage Housing Corporation’s spring forecast estimated that the average price for Toronto homes could fall beginning this month. The reasons include the lack of immigration, COVID-19’s impact on the economy and an end to aid programs like CERB.

Toronto real estate brokers also expected more home listings flooding the market because mortgage deferrals come due in September. Now, they aren’t so sure the decline will come.

“Inventory is still in check,” says Meray Mansour, a realtor with Re/Max Hallmark Realty. “Demand is still there.”

Mansour isn’t counting out the possibility of a decline because there’s still so many variables at play. She says we can’t measure how many people are strapped or have businesses that have gone under. Nor can we measure how many people have safety nets like rental income from basement apartments that help weather any COVID-19 impact.

Both Eccleston and Mansour believe the Toronto real estate market in particular can weather the worst expectations. Eccleston imagines a dramatic scenario where 10 per cent of Canadian mortgage holders can no longer defer and list their houses.

“The fact is in city of Toronto and the surrounding neigbourhoods, we could use 10 per cent more inventory,” says Eccleston. “Perhaps that will temper the bidding wars a bit. I just don’t see prices driven dramatically down. The bottom line is these real estate investments mean so much to our populace. And no one is trying to settle for less unless they absolutely need to.”

Mansour notes that the condo market is flooding with inventory. She acknowledges that the downward pressure on condo prices could eventually affect low-rise house prices. That would only occur if large volumes of buyers priced out of houses start settling for condos. Such behaviour has caused fluctuations in the past. But Mansour adds that trying to predict that kind of human behaviour is futile. Real estate buyers don’t necessarily follow logic.

“When prices fall, buyers don’t tend to jump on it,” says Mansour. “They tend to sit back. It’s a good time to buy, but they’re scared because the market dropped. But whenever the market is crazy, buyers are like, ‘Oh my god. Lets buy something before there’s nothing left!’ It’s a weird psychological thing we have as humans.”

Realtors have also noticed that working from home conditions due to the COVID-19 pandemic have inspired an exodus.

People are headed to the suburbs or leaving the GTA altogether for more affordable, greener and spacious homes.

Eccleston is warning clients to be careful with those decisions, since we don’t know when social behaviour will trend towards the city again. She suggests trying a short-term rental in the country first. Especially because if someone leaves the city, there’s a good chance they won’t be able to afford coming back a couple years from now.

“You don’t want to be stuck with post-pandemic real estate regret.”