This two-bedroom fixer upper is listed for $1.2 million 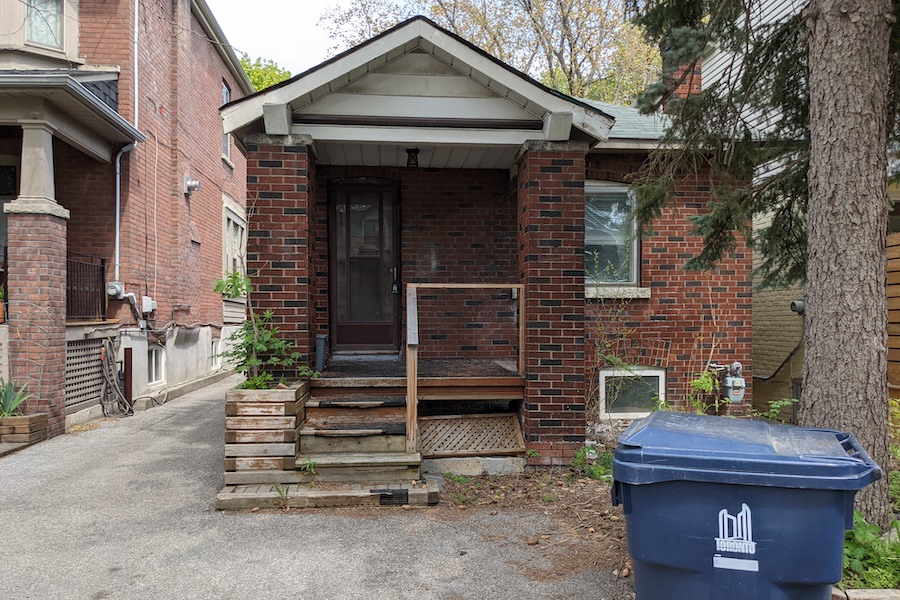 Buyers may be relieved that the Toronto real estate is cooling, but they’re still looking at a market where a two-bedroom “ready to be renovated” bungalow with an unfinished basement is still listed for $1,198,000.

The listing at 19 Devon Road shows no pictures of the home’s interior. Instead, it boasts the potential for a builder to tear down the current structure and design a three story modern house on the property near Woodbine and Gerrard. The property’s listing agent declined to speak to NOW.

Toronto real estate pulled back for the first time in a year. According to the Toronto Regional Real Estate Board’s April report, the average selling price for detached homes in the city were up on $631 from March to April and down $3,414 in the 905. House prices are roughly 20 per cent higher than they were last year, though that’s dependent on the neighbourhood and property type.

According to real estate platform Properly, Scarborough homes appreciated the most since the COVID-19 pandemic began. The website compared the median selling prices in Toronto between September 2019 to February 2020 to the median estimate prices for May 2021, and compared the growth by neighbourhoods. Scarborough home prices increased 25 per cent in that period, with the Scarborough Village area gaining the most with more than 31 per cent gains.

The neighbourhood that saw the highest real estate price gains was East York’s Crescent Town, which borders Scarborough and is fairly close to the listing at 19 Devon Road. According to Properly, home prices in Crescent Town are up more than 37 per cent since the pandemic began. Etobicoke’s Mount Olive-Silverstone-Jamestown neighbourhood and North York’s Glenfield-Jane Heights tied for second place when it came to price appreciation, both growing more than 34 per cent.

Meanwhile, price growth was lowest in uptown (five per cent), midtown (seven per cent) and downtown (eight per cent).

“Old Toronto is seeing the overall lowest appreciation within the City of Toronto,” says Properly’s CEO Anshul Ruparell, in a statement, adding the numbers indicate a “reversal” of people’s inclination to live close to the city, echoing the urban exodus narrative as more buyers are choosing bigger lawns over smaller condos.

However, as NOW reported in a recent cover story, the appreciation (and gentrification) of areas in Scarborough are the result of developers finally building more capacity in the east end to accommodate Toronto real estate buyers priced out of central neighbourhoods.