Toronto rent prices were down 14 per cent in August

Elementary schools are the most valuable amenity to prospective renters in Toronto, according to a Rentals.ca report 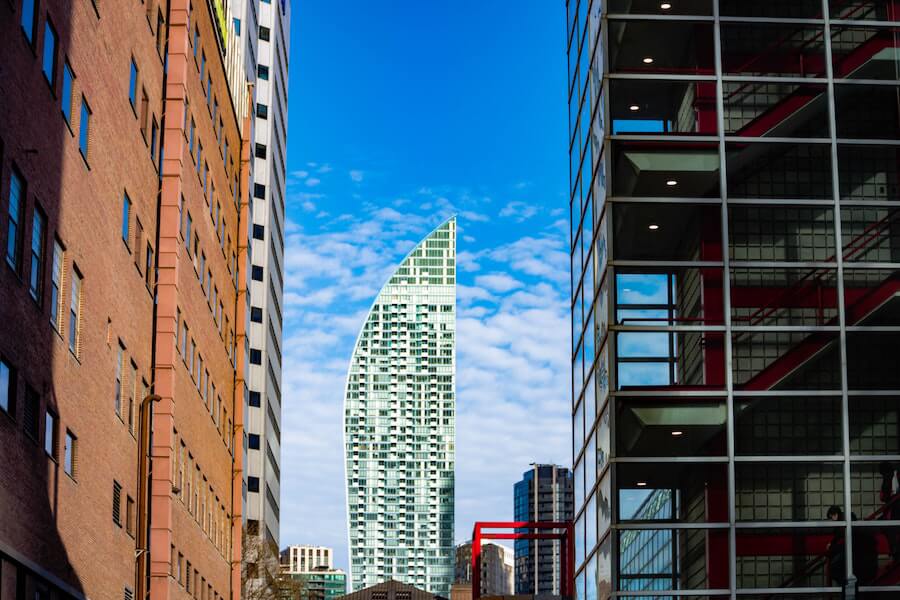 Toronto rent fell again in August, according to the latest Rentals.ca report on the price of new listings.

The Toronto rental market continues to feel the impact of COVID-19 more than the rest of Canada. The average rent for the country in August held steady at, $1,769, down only two dollars since July; one dollar since June. The Canadian average rent is down 7.6 per cent annually.

The old city of Toronto and its surrounding areas are the priciest markets in Canada for one bedroom rentals. Etobicoke, Mississauga, Burlington and Oakville all had higher prices in August than Vancouver.

The Rentals.ca report also ranks the most desirable locations in the country based on page views. The old city of Toronto remains at the top. Other GTA neighbourhoods follow in this order: North York, Mississauga, Etobicoke, Scarborough, York and East York.

Prospective renters in Toronto are drawn to elementary schools more than accessible transit according to the report. Rentals.ca cites Local Logic data ranking the importance certain amenities have in census metropolitan areas. Transit is the top draw for Montreal and Vancouver. But in Toronto, access to the TTC came in second, followed by proximity to groceries.

Other major draws for potential Toronto renters include high schools, restaurants and then quiet.

The prioritization of elementary schools over transit for Toronto renters is in line with a general shift away from congested urban areas. According to Zoocasa, downtown Toronto condo listings were up 80 per cent year-over-year. Meanwhile leases in those areas were down 14 per cent.

The increased supply in the Toronto condo market could be a contributing factor to a major decline in real estate prices.

The Canada Mortgage and Housing Corporation (CMHC) has been warning that a steep decline could begin in the fall. The CMHC reported on Thursday that Canadians deferred $1 billion in mortgage payments during the COVID-19 pandemic. They warn that there is a risk of a significant rise in mortgage delinquencies this year after deferral programs end.

But Toronto’s record-breaking real estate market continues to give hope that the city’s house prices will weather any impending economic impact.