Inside the laneway garage studios of three Toronto artists 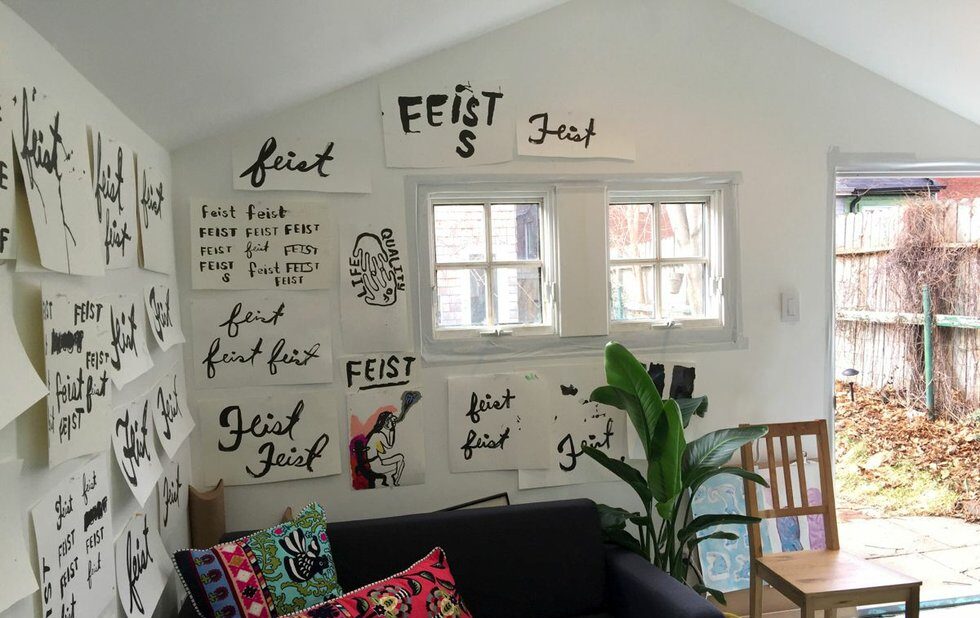 Toronto’s laneways are hardly desolate: with only occasional traffic, they’re great places for neighbourhood cats to camp out and eye graffiti artists or for kids to make as much noise as they want while kicking a soccer ball around.

They’re also enticing places for artists to work: meet three Torontonians who found rooms of their own by transforming their rundown carparks into studios. It takes a lot of elbow grease, mind you, but for these artists, it’s proved worth it. 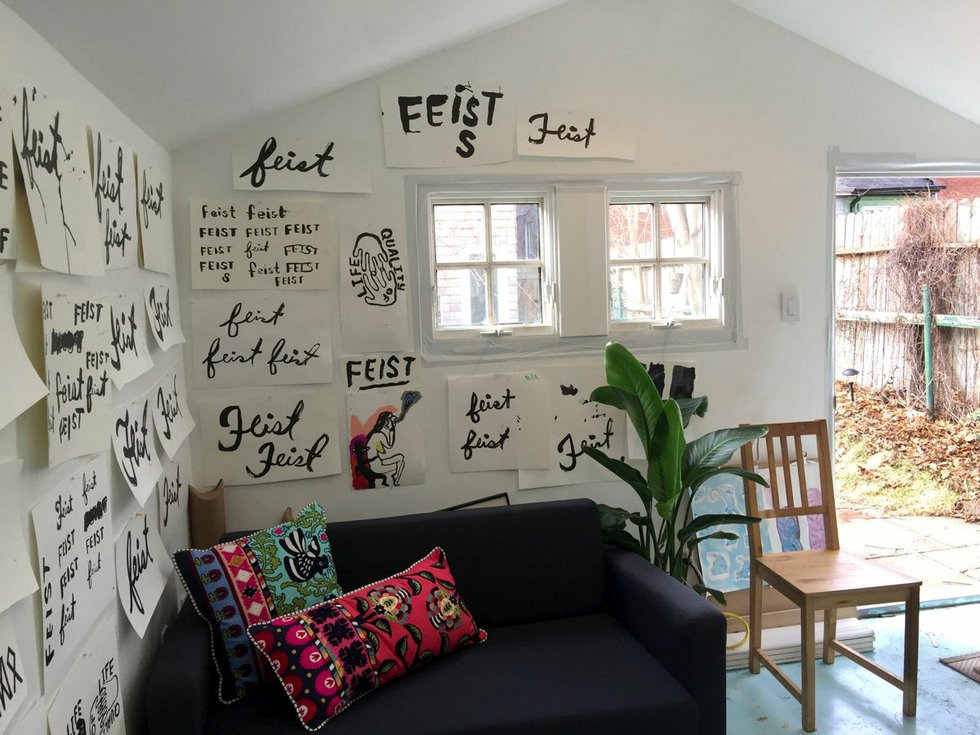 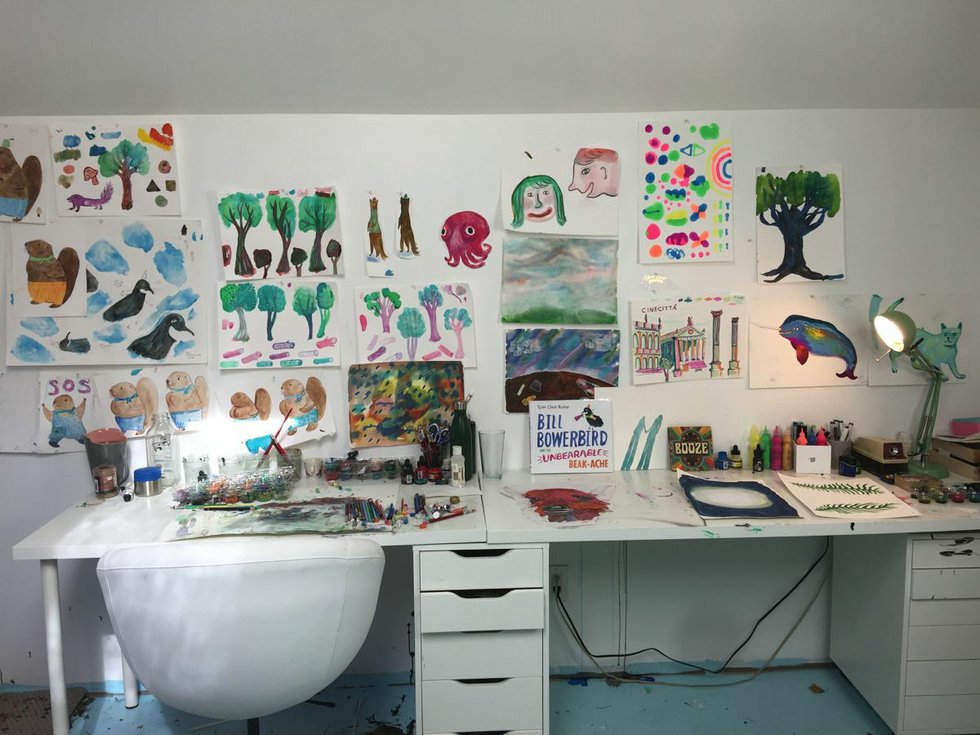 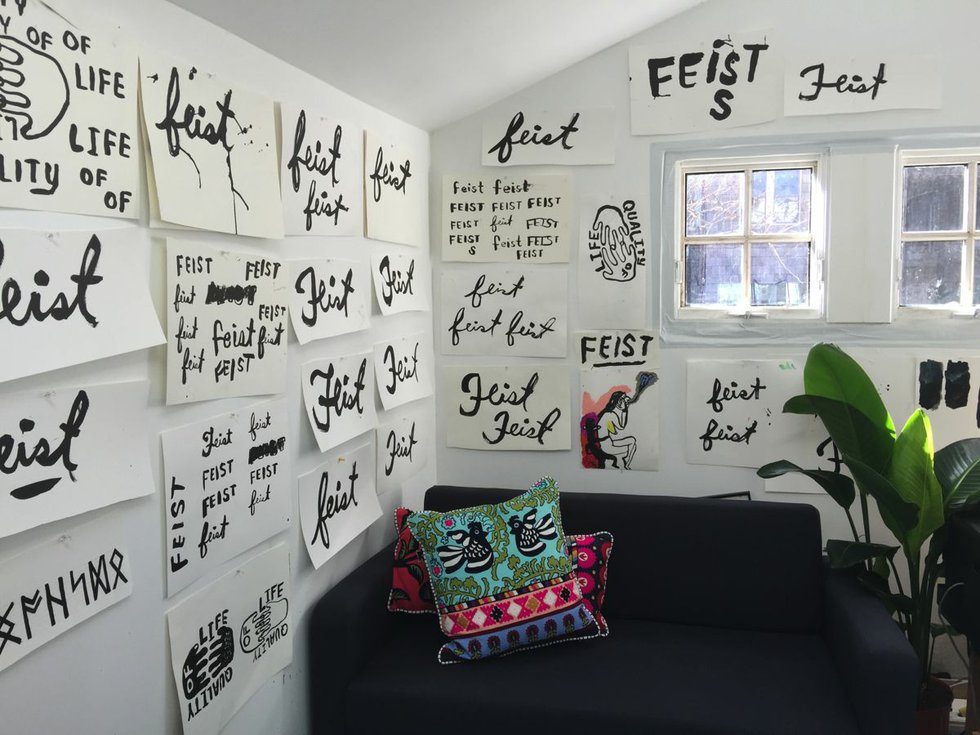 The first thing artist/illustrator Tyler Clark Burke and her partner did after buying their Dufferin Grove home was insulate the garage and repair the leaky roof so they could live there while they tackled the house reno. White paint and a skylight make it bright and airy.

After renting the space out to artist and musician friends, Burke took it over for her own work as a children’s book illustrator. Most recently, she illustrated her new children’s book, Bill Bowerbird And The Unbearable Beak-Ache (out now on Owlkids), in the space, as well as doing some of the art for friend Feist’s forthcoming album (out April 28).

“It’s very serene,” she says of the studio. “You can hear the rain, the wind and the birds so distinctly, and on the best days I feel like I’m commuting to work in a little secret cabin.”

But it’s not perfect. For one, it’s a very solitary existence, but she meets up with her husband in the backyard sometimes for human stimulation. And there’s no running water, which would be useful for anyone using a paintbrush. 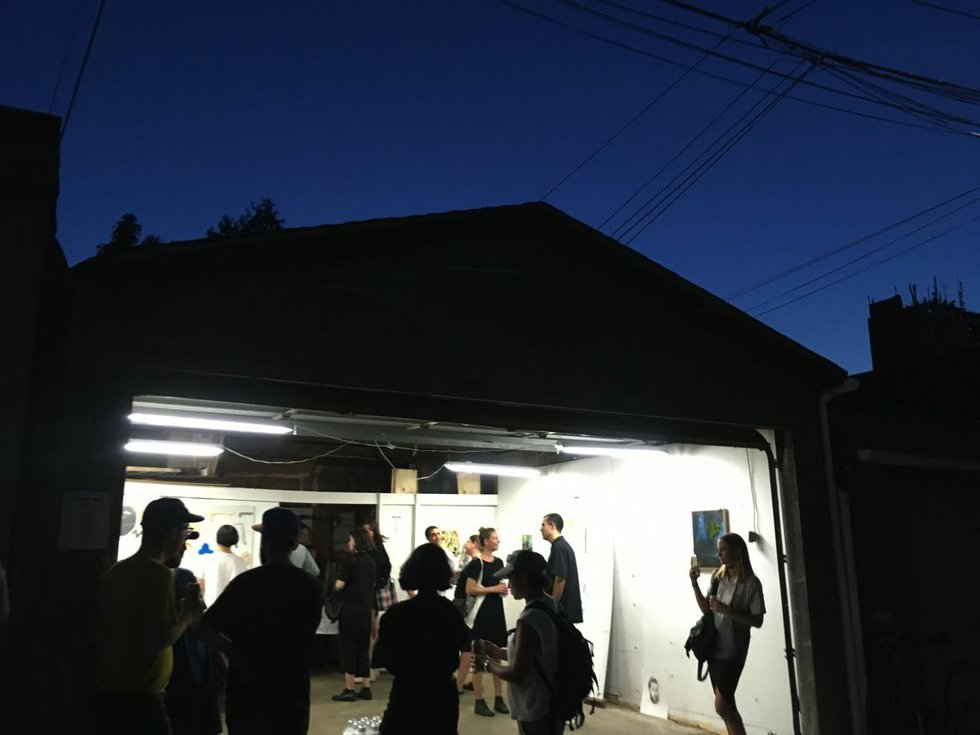 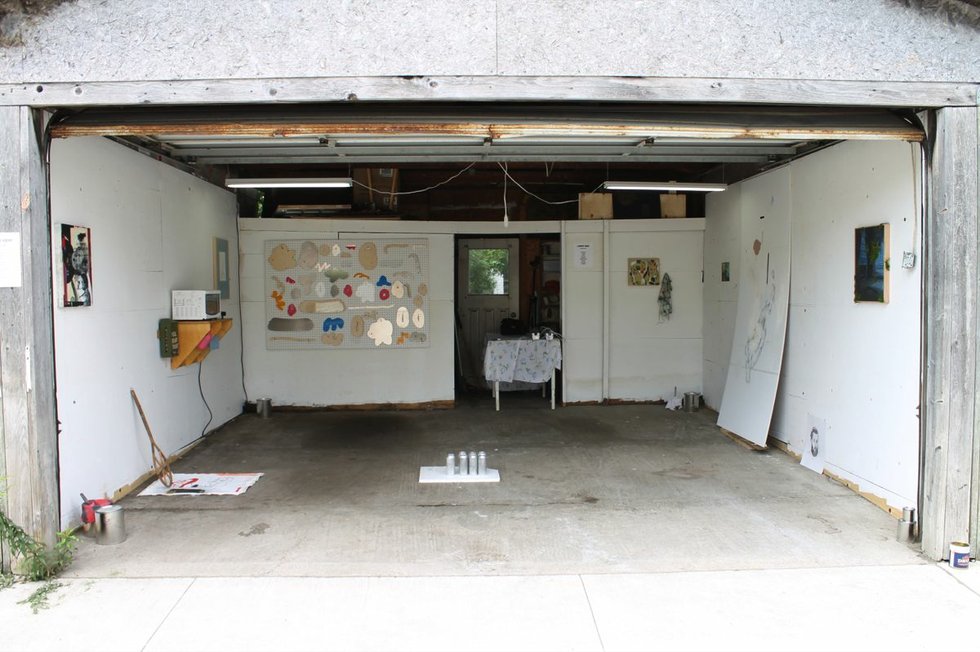 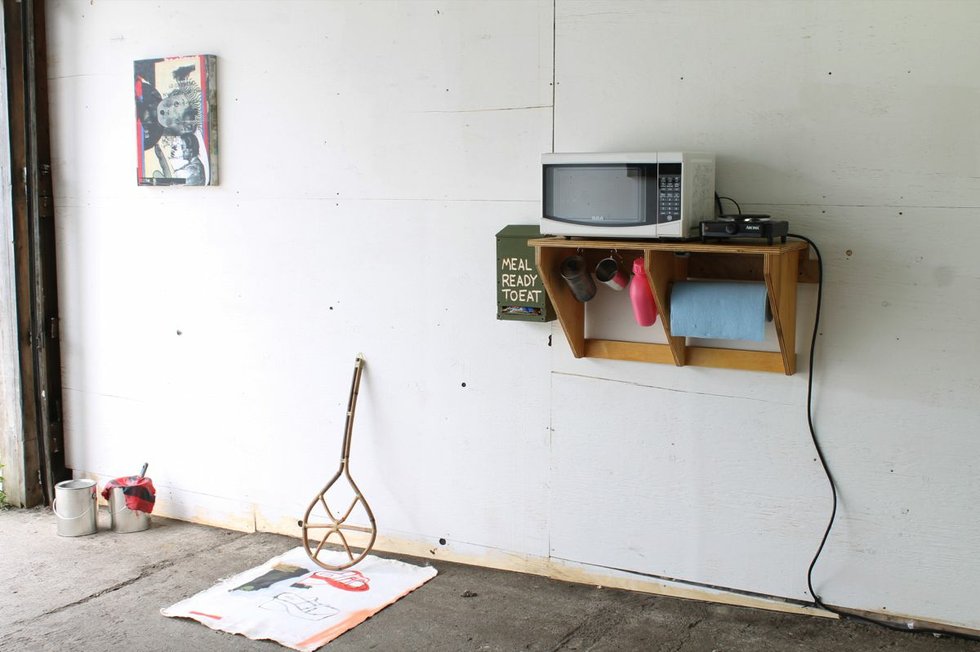 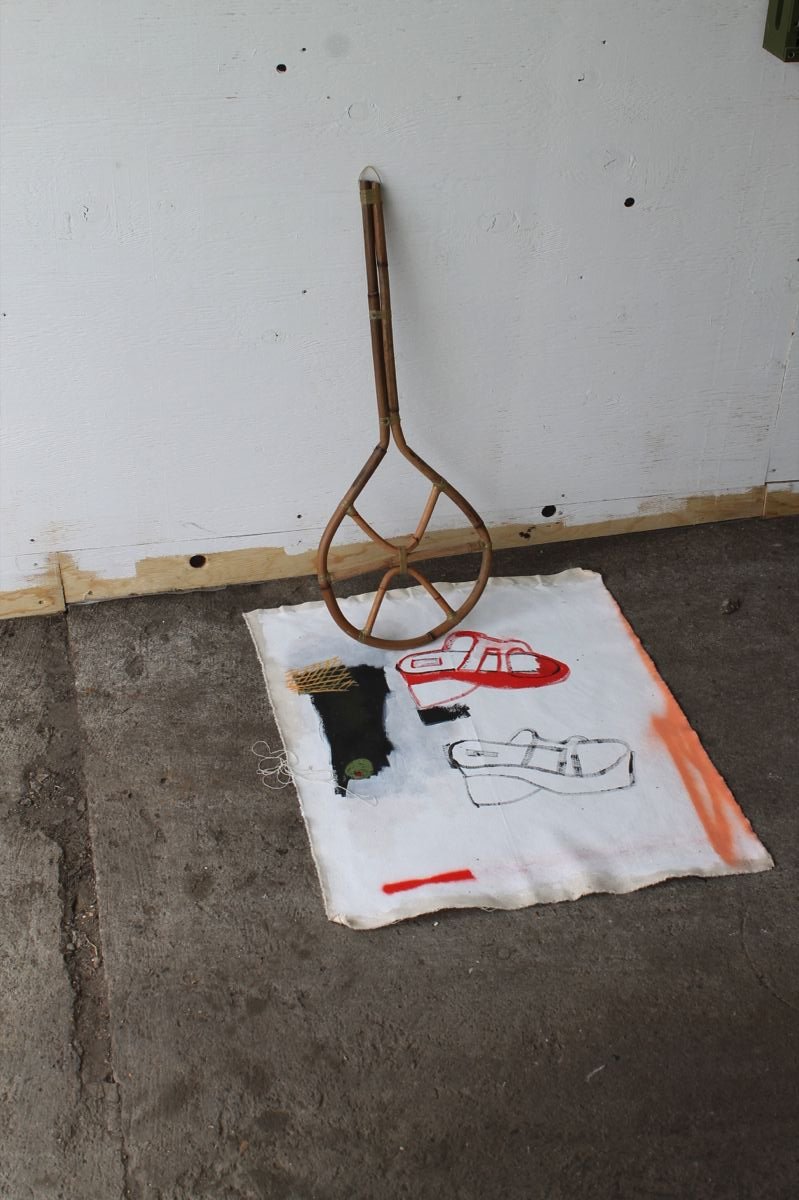 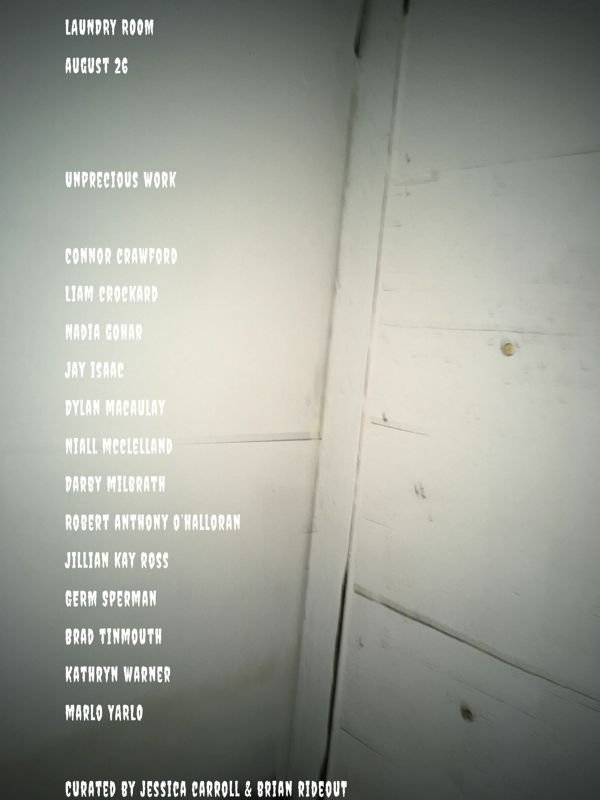 The garage came with the lease on the Lansdowne and Dupont area apartment shared by artist Brian Rideout and his girlfriend, curator Jessica Carroll.

“But there were no walls,” Rideout says. “It was just like a carport, really just a roof on stilts. And it was also completely full of garbage.”

But studios in the city are expensive, renting for $600 to $700/month minimum. So last summer, their landlord agreed to let Rideout clean out the space and put walls up for a painting studio. In August, the couple capped off the summer with a group show called Laundry Room, inviting local artists like Jay Isaac and Marlo Yarlo to show their work in the garage and have a few beers.

It was a little tricky directing people to the laneway, but it was a massive success.

“It was awesome,” he says. “It was just a one-night opening, and then the show was up for another two days. Honestly, I’ve never seen so many people come out for a show, especially to a brand new space.”

The biggest challenge this winter has been the hydro bill, which their landlord attributes to the garage studio. Because of the ongoing dispute, Rideout’s moved into an extra room indoors until the weather’s a little more hospitable. But stay tuned: Rideout says he and Carroll will definitely host another show next summer. 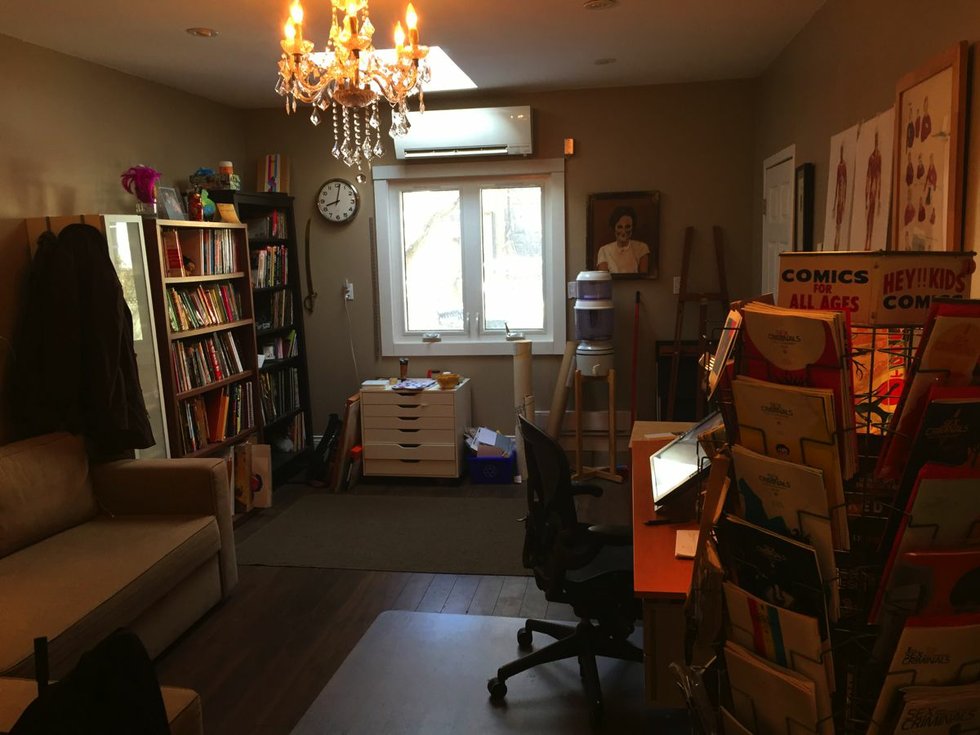 Comic book artist Chip Zdarsky’s garage studio has three separate rooms and a chandelier, inspired by his time working in the lighting section at Canadian Tire. But despite the creature comforts, please do not call it a man cave.

“That just implies that it’s a play zone,” he says. “But the most entertainment I get out here is when I’m on my lunch break watching YouTube videos. That doesn’t make it a man cave.”

Instead, he’s hard at work on his Sex Criminals books and the new Spider-Man series, Peter Parker: The Spectacular Spider-Man, which comes out in June.

Zdarsky says that when he and his girlfriend were looking for a house, they only considered those with a garage that could be converted to a studio space.

“Even the commute of 30 seconds makes a difference,” he says, commenting on how the space affects his productivity. “I have to get fully dressed. I’ve lived before where my studio was in my apartment, and it’s great for the convenience of it, but it also means you never stop working and you’re distracted.”

Zdarsky’s dad and brother (who lives on the first floor of the house and sometimes uses the garage to play music) helped him turn the studio into a workable space. Most garages have concrete floors, which just radiate damp cold no matter what you put on them. So that first winter, Zdarsky huddled by a portable gas heater. Now he’s upgraded to a Mitsubishi electric heater.