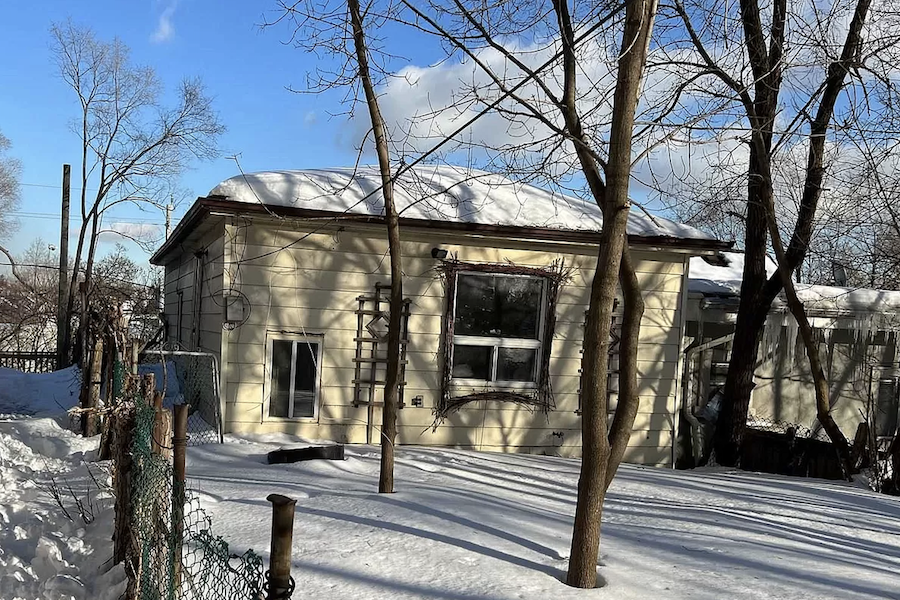 In the Toronto real estate market where a tree to piss on might cost you a million, detached homes listed for $449,000 sound like the pot of gold at the end of a rainbow. Price tags like that are a steal even if the properties are being sold as tear downs that you don’t even want to step foot in. That’s what listings for 2224 and 2226 Dufferin are selling for.

The properties were listed on realtor.ca by the same agent this week at less than half the cost of an average home, which the Toronto Regional Real Estate Board (TRREB) reported was $1,157,849 in December. The price tags for each (they could be purchased as a pair) are almost a quarter of the average selling price of a detached home in the 416, which dropped down to $1,698,178 in December.

The properties are obviously not eye-catching, with all the tell-tale signs that they demand to be torn down. The listings feature limited pictures of exteriors, showing narrow one-storey dwellings sitting approximately 25 by 90 feet lots. 2224 Dufferin looks worn-down, while 2226 Dufferin appears to have a tin roof. But the latter’s listing adds that it has new stucco, flooring and a kitchen and is move-in ready.

Both listings also say that the properties cannot be accessed by children and the elderly, perhaps because it’s a steep climb up to the homes.

The listings for the properties also make it clear that Toronto real estate land value is the big appeal, even if the houses aren’t much to look at. They overlook Fairbank Park, in the Dufferin and Eglinton area. That alone makes the pricing sound like a steal. Compare these to the listing we reported on last month for a Scarborough bungalow ready to be torn down by developers while asking for $3 million.

In the Dufferin property cases, the listing agent, who also discloses a personal interest in the property, recommends tearing them down for custom homes or buying both to build a five-story rental property in a city that is in desperate need for more housing.