This browser extension suggests local alternatives to items on Amazon 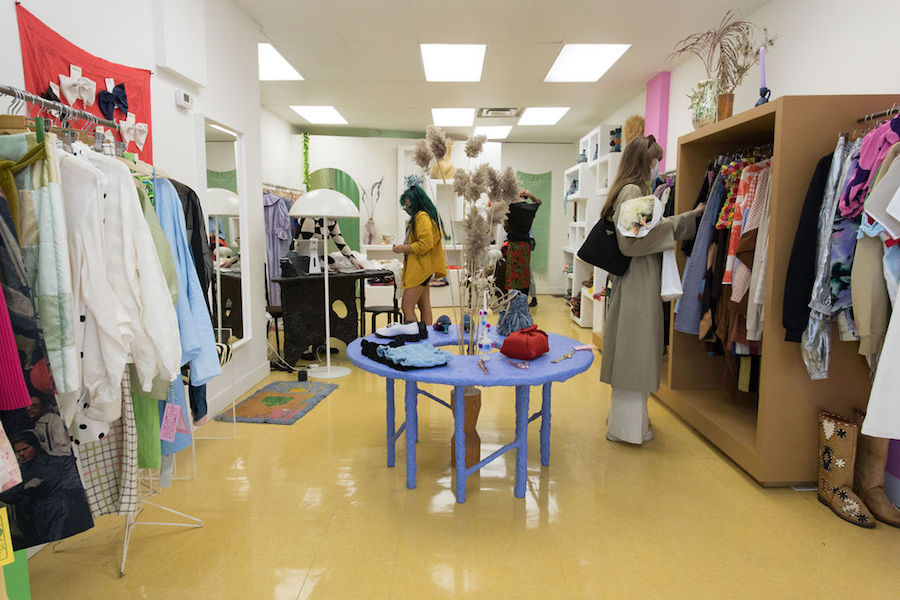 With “non-essential” Toronto businesses locked down at the height of holiday shopping, new online resources continue to pop up to solve a similar problem: how to make online shopping locally as easy as shopping on Amazon.

Sook is the latest to launch in Canada.

Where Not-Amazon is a crowd-sourced directory of local businesses and myLOCAL lets you scroll across real-life Toronto streets, Sook is a web browser extension.

Sook hangs at the top right of your browser, waiting to give you suggestions on products available for sale near you. Click on one of the 12 categories (dresses & jumpsuits, kids clothes & toys, home & garden, etc.) and it will float over a series of photos of individual things sorted by price or distance.

You can also add to your shopping bag like you would with any online shopping. Sorting by distance let’s you find the option closest to you.

Even more interesting, if you’re shopping at a big online retailer like Amazon for a product that exists within Sook’s inventory, it’ll automatically pop up with the local alternative.

Sandals created Sook in Seattle, where he moved for work in 2019. After getting approval from Google in August of this year, he brought Sook to 20 American cities. It’s now launching in Canada, including Toronto, Montreal, Calgary and Winnipeg (he’s lived in all of them except Toronto, and his sister is here).

He says in all those cities, he’s found it’s the local businesses that give the streets character. But when it comes to selling online, most of them are hopeless. And it’s not their fault, he argues – it’s the technology.

“The way these e-commerce tools are set up for small businesses is completely broken,” he says. “Business owners are told that all they need to do is set up a Shopify or Squarespace account and then SEO and social media will start sending customers their way. But they’re competing on the same ground as Amazon or Nordstrom who have gigantic teams whose whole jobs are SEO and social.”

Sook takes local stores that are on Shopify, scrapes their data and then separates out their inventory and reorganizes it into their database. The Toronto version is still in its early stages with about 30 shops set up so far.

Those include Type Books, 100% Silk, VSP, GOTSTYLE, LoversLand, Coal Miner’s Daughter, Gaspard and Good Neighbour, to name a few. There’s an option within the browser to email in stores you’d like to see included. It doesn’t cost businesses to be included. Eventually, it will work with more shops than just Shopify, too.

Most interesting is the other function of Sook, which automatically suggests local alternatives when you shop from big retailers.

Sandals admits that’s still in its infancy and that right now Sook is more of a tool to discover local businesses. Right now, there are about 10 websites that the function exists on, including Amazon, Nordstrom, Macy’s, Zara and more. As that expands along with Sook’s directory of Toronto stores, it’ll start auto-suggesting more and more.

“It sounds cheesy to say,” says Sandals. “But we should be rooting for David, not Goliath.”