Taking it off the runway

OCAD show looks the future of fashion design in Toronto 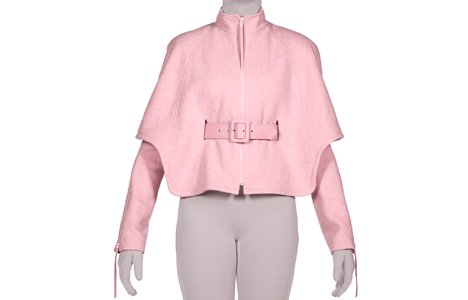 Fashion and art are frenemies. The former wants to be taken seriously as a business while indulging its taste for glamour, creativity and spectacle. The latter turns its back on style, snubbing it as superficial unless, of course, it needs to get dressed for an opening.

But fashion and art have decided to get along during these early days of Toronto’s fashion week.

Yesterday, before taking in Sunny Fong’s Vawk collection at the Art Gallery of Ontario, I was around the corner at OCAD’s Professional Gallery checking out curator Charles Reeves’ Fashion Forward exhibit. Reeves has assembled a group of Toronto designers who, he says, “make us think about what a piece of clothing can be.”

In the gallery’s first room, pieces from Izzy Camilleri’s IZ collection for people with physical disabilities, the 15 Below jacket designed by Lida Baday to convert from a knapsack to a windbreaker to a winter coat for the homeless and Mimi Shulman’s surreal Earwear hearing aids get you pondering accessibility in clothing design.

It’s a bit of a mish mash take on our city’s sense of style and when I asked Reeves about whether putting together the show gave him any inkling of the common threads that hold our designers together, he admitted it did the opposite.

The pursuit of the definition of Toronto fashion continues.