NOW MagazineLifeThe seedy side of the online marketplace

The seedy side of the online marketplace 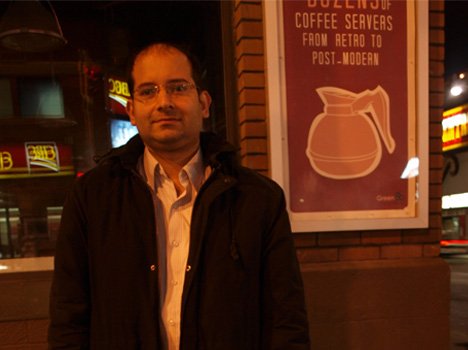 As a banker’s son who grew up in Dubai, Mehdi Basravi is acutely aware of the vast quantities of cash floating around the web-linked global economy. But unlike in his hometown, his online ventures here have yet to lead to a lucrative transformation.

“I’m still to see any profits from my money,” Basravi says. “I feel I’ve been ripped off.”

He put $50 in an investment program from simply-50.com. Poof! Into thin air. Instead the paralegal gets two peppy emails each day asking for $150 more.

The $10 investment he put in mymoneyfish.com seems to have disappeared, as well.

As the internet grew in popularity so did its underbelly. From online click fraud rings, to bloggers paid to falsely endorse products, to get-rich-quick investment scams, the potential to profit from the web is tempting.

This time Basravi is sure he’s found the goose that lays the golden egg.

(“You don’t need to make money by selling, just by clicking!” he says.)

On a referral from a friend, he joined up with iNetGlobal, which promises as much as $1,000 per day – or more – to visit different websites. He was hoping to make the millions that he says Annie Zhang, the founder of the Toronto branch, pulls in.

“You’re not going to tell your family and friends about something that’s a scam,” he says. “It’s actually coming true for everyone who joins.

“I was kind of pissed off that my friend didn’t tell me about this sooner.”

But experts caution that for the average person the amount of money to be made online is not worth the hype.

“If it sounds too good to be true, it probably is,” says Steve O’Brien, vice president of marketing for Click Forensics, an independent monitor of online traffic quality and click fraud. “Almost every single one of those schemes — everything where people say ‘get paid to surf the web’ or ‘get paid to click on links,’ … All of them are perpetrating click fraud.”

Click fraud occurs when web ads get clicked intentionally for no other reason than generating a fee. It’s business tactic often used to collect from advertisers, or to deplete the advertising budget of a competitor.

“If you say, ‘pay me 10,000 dollars a month, and I’ll guarantee you 100 visitors,’ and then you just go out pay 100 people $100 each to visit the site, that’s fraud,” says O’Brien. “You didn’t deliver them actual prospective customers. You just delivered them visitors. The visitors only visited because they were being paid.”

The iNetGlobal “consultants” are directed to pages containing a wide variety of ads, though during demonstrations most pages stayed within iNetGlobal’s own system.

Steven Mark Renner, founder of iNetGlobal, is a Minneapolis blues musician with a shady past.

In December he was convicted of evading over $300,000 in taxes from 2002 and 2005 while running Cash Cards International (CCI), which he used to pay personal expenses as well as invest in coins, oil wells, art, stamps and vintage musical instruments.

He faces up to five years in prison.

Cashcards.net had its own troubles. Posting on forum.hyipinvestment.com in 2005, “hyi-center.net” lost nearly $10,000 when Cashcards.net was apparently hacked by a Russian scammer, the post claims.

Though O’Brien is unaware of the legality of iNetGlobal’s operations specifically, he says the lofty rhetoric often fed to “consultants” like Basravi is typical.

“Usually they promise you hundreds of thousands of dollars per week, or per month,” he says. “The promise is very different from the actuality.”

And if you believe what you hear in their mindlessly corporate introductory video, it will take just minutes (after you sign up for $59.95, of course) to turn your computer into an ATM machine.

Demonstrating the pay-to-surf system at a web cafe in Koreatown, Basravi logs on to his account. The automated software directs him to click on a number in the frame at the top of the screen. It brings up a webpage which he must keep open for 20 seconds. At that point he is directed to click another number in the top frame, thus opening a new website. That’s it.

“It feels great to be part of a company which is growing,” he said. “Financially it’s changing my life.”

Total payments are listed as $1,096.16 for the month since he purchased his consultant kit. However, on advice from the company, he has already “reinvested” $554.53, which he has been promised will be used to “divert iNetGlobal’s resources” to “build his business.”

He has yet to see a single penny from the site, although he’s applied for an ATM card to which his earnings can be downloaded.

Sleazy online organizations are going through their own transformation. Every day those orchestrating scams and click fraud programs get more sophisticated, hiring Chinese hackers or developing complicated malicious code, while law enforcement and watchdog groups do their best to keep up.

Though off-shore “click farms” and armies of shut-ins were once used to carry out click fraud, those days are coming to an end.

“Those things were true,” says O’Brien. “But people figured out pretty quickly you don’t need a roomful of people in China clicking on links. You can write a software program that emulates that activity.”

On June 15, 2009 in the largest bust of its kind, Microsoft sued the Lam family of Vancouver, B.C. and Guangzhou, China, claiming the Lams were using computer-generated clicks on web ads for insurance and World of Warcraft gold to deplete their competitors’ ad budget, and speed placement of their own ads.

“[M]ost of the products simply do not work as advertised. Most are promoted using extremely deceptive marketing tactics, and most people who buy these products don’t see the claimed results,” the site reads. “We’re not going to name names, but even some of the “nice guy” gurus aren’t what they seem.”

The posted review on iNetGlobal describes the services as “a mix between traffic exchange and pay per click site.”

Traffic streams under the Victoria Park overpass along the 401, vehicles maxing out the 14 lanes of “bandwidth.”

Nearby, inside the Radisson Hotel, a meeting room is packed with fresh faces looking to strike it rich. The session is held in Mandarin, and iNetGlobal organizers say they attract about 100 of these speakers a week. It’s their newest niche market.

Shanghai native Adam Xu, a “marketing consultant” decked out in a purple Gortex jacket, attempts to explain a world where business models are as murky as they are simplistic.

He speaks in the same hyperbolic tone iNetGlobal’s online copy in his own demonstration of the iNetGlobal program.

“We use iNetSurf to get the website to the top of the search engine,” he says. “70 per cent revenue payout! From the first day you can earn!”

In Canadian law there is a fine line between multi-level marketing programs and pyramid scemes (which are illegal under two different pieces of legislation), although what that line is can be difficult to determine.

Xu says the company is paid by businesses like Best Buy and Future Shop to skew the “organic” search results in Google (as opposed to the “sponsored links”) so their pages appear higher in the rankings.

“The big companies are few,” he says. “There are a lot of smaller companies. They already have traffic. But they need more traffic. Nobody will refuse traffic.”

Pausing the automated software, he clicks over to Google. He points to the “discountwaterfilters” sponsored link on the side.

“I click and that guy will maybe pay Google 1 doller,” he says. “It’s the same for the iNetGlobal system.”

Yet, clearly Xu is in disagreement with scam.com, a site which posted about the iNetGlobal program in January.

“It’s indeed a home base [sic] business but do you know when you guys click, you don’t view the site you just wait 20 sec and leave for another click. Your clicks generate huge garbage traffic that’s not fair to the advertisors who pay for the clicks.”

Having worked in IT for years in China, Xu says he knows the true value of the iNetGlobal system. Perhaps that’s why his email address on his official buisness card is “click4bigcash@gmail.com.”

“No physical products! No inventory! No Shipping!” he says, leaning in closer. “Now do you see the beauty of the system?”