The year the shit hit the ovaries

Reflecting on personal crisis in 2009 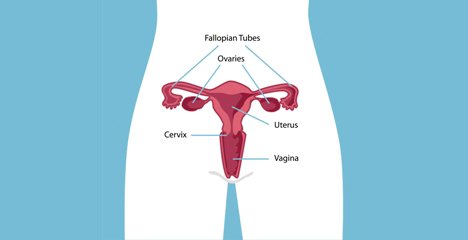 2009 will go down in my books as the Year the Shit Hit the Ovaries.

It all started in May when I was visiting my girlfriend in Ottawa. We were preparing to move her to Toronto for the summer, and I was beside myself with anticipation. It was going to be the best summer ever.

Better than the one I spent tooling around Montreal on an orange Harley-Davidson with a devious woman who was heading off to jail in the fall and just wanted to live large for a few months.

But as with so many things that begin with frothing expectation, this was to end in calamity. Calamity that all began, as so much calamity does, with a silk negligee.

While wandering around downtown Ottawa, I was drawn to a store window that featured an artful display of what was once commonly known as chinoiserie. For a woman like me, attracted to the clinging feminine styles of the 1930s, this stuff is irresistible. After trying on an assortment of damask jackets, I bought a hunter green silk kimono-style muumuu with I Ching coins – batiked all over it – a kimuumuu, if you will.

Jubilant with my exotic purchase, I returned to my girlfriend’s apartment. A party was happening that night for her impending departure, and this was to be my show-stopping outfit.

My girlfriend, who to this point had never taken exception to anything I wore, saw me putting on this getup and said tartly, “Take that thing off right now.”

Despite her horrified objections, I could not be deterred. In my mind, I was channelling Marion Davies lounging on the grounds of San Simeon, a cluster of fresh orchids in her hair, drowsily feeding the leftover cocktail onions from her Gibson martini to an ostentation of peacocks.

Looking back on it now and looking at the kimuumuu in its present tattered state, it’s become clear that it was precisely at this moment that my uterus truly began its descent into madness. I have made, and continue to make, some appalling wardrobe choices, but this one, well, this one I now understand to be directly related to a major breakdown in my reproductive system.

I’ll say it again: a hunter green silk kimono-style muumuu with I Ching coins batiked all over it. Let’s not lie to ourselves, people, this was not the outfit of a tantalizing ingenue but of a woman wrestling with her inner power crone.

Still, despite the fuss over the offending lingerie, my girlfriend and I sallied forth with the move, tempers a bit short in the inaugural heat of summer. As we were moving her bookshelf, emptied of its women’s studies texts and carpentry manuals, down a flight of stairs, I yelled, in an attempt to kept things light, “Best U-Haul ever!”

Oh, but the real fun hadn’t even begun. Not three weeks later, I started having hot flashes. Night sweats. Raging depression. I became perversely unreasonable. I stopped getting my period. I couldn’t sleep. Every conversation began with a noirish interrogation and ended in a vale of tears. The best summer ever was turning into one of those admonitory lesbian pulp fiction novels. Obviously my already challenging relationship was not going to weather such an oppressive and unpredictable emotional climate, and in the end, it didn’t.

I was so fraught with anxiety that I couldn’t leave the house, so friends came over and hung out with me as I lay in state on my back steps in my kimuumuu, smoking cigarettes and eating guacamole. I was a hot mess all right, but not in the way the kids use the term.

In spite of the fact that there was obviously something dreadfully wrong with me, I wouldn’t see a doctor. Couldn’t, really, since I didn’t actually have a GP. (What for? I’m Frisian. Unless you lose a limb in a farming accident, there is no good reason to seek medical attention, and I dealt with any crotch issues using our perfectly decent system of free sexual health clinics.)

But it was clear that this thing was not going away no matter how much gin I poured on it so, after a harried search, I found myself a GP. Blood was drawn. And drawn again. Sitting in an office at Toronto Western awaiting my official diagnosis, I was told that I had something called premature ovarian failure (POF).

“It’s basically early menopause,” said the attending physician, who looked to be about 23. “I can’t be in menopause,” I said shrilly, “I’m 41. I mean, for fuck’s sake, I was at Lollapalooza. Like, the Lollapalooza, the one with Guided by Voices, the Flaming Lips and the Beastie Boys.”

She looked at me like she didn’t know what Lollapalooza was. And why would she? She was eight when I was tripping on mushrooms and gleefully screaming the lyrics to Sabotage into my friends’ shining faces.

Naturally I refused all common treatment offered. I had read the studies about breast cancer and hormone replacement therapy. No, no, I would just power through this on my own, occasionally nipping into my friends’ Ativan stashes if I needed something to calm me, and eventually it would just magically go away. Right? Wrong.

Long story short: the endocrine system is not to be trifled with. After much defiance, I conceded to fight this thing with a cavalcade of pills and patches. POF (you can read more about it at pofsupport.org) has kicked the shit out of me, and I am now just beginning to deal with that fact.

At some point I hope to take a more holistic approach (whatever the hell that means – meditation and yam cream, I suppose), but for the moment, pills and patches and lady doctors in aubergine slacks and lab coats, thank you very much.

Curiously, the people I relate to most in my current state are not other biological women going through the same thing but the many trans people in my more direct community.

I often think of Nina Arsenault (ninaarsenault.com), a self-made woman whose play Silicone Diaries I missed because I was in Europe trying not to hurl myself into a canal. Nina, in an early version of the show, described her own personal hormone cocktail as giving her the feeling that she was PMS-ing every day of her life with mood swings, irritability and depression. Nina’s plight, trying to balance an artistic life with an intricate and artificial mix of hormones, is more mine than those of the women on my POF message board urgently trying to conceive. Babies I don’t want. Level-headedness so I can create I do.

The more people I talk to, the more I realize that many have endured life-altering personal change in 2009. Did you? Care to purge? Comments can be sent below. And let’s hope this new year brings some wisdom and peace. [rssbreak]