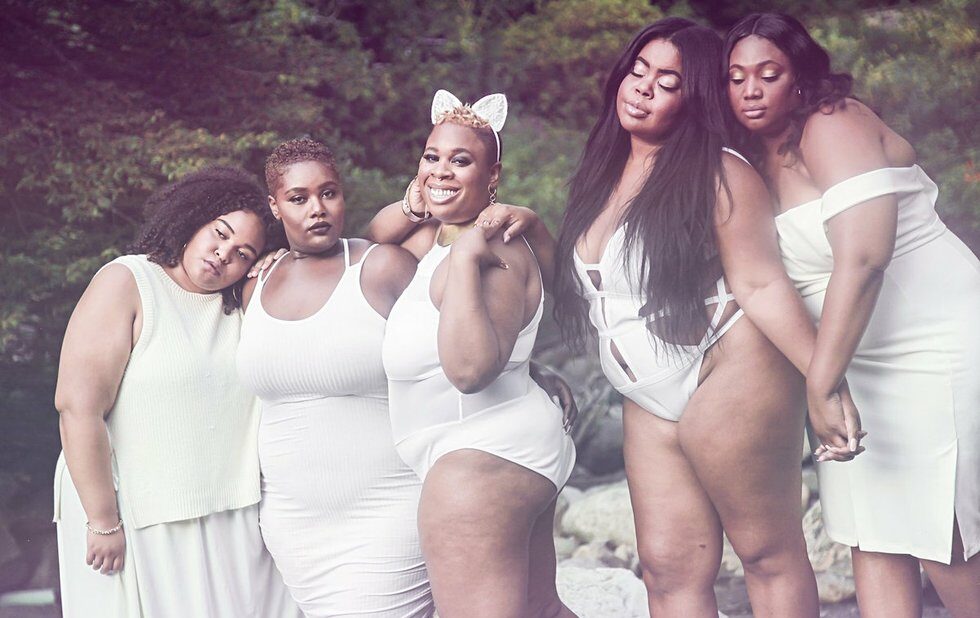 As a fat, Black woman, All Day, All Night singer TiKA is everything the world hates and she’s unapologetically proud of it.

On her Instagram this month, the Toronto-based musician and founder of new music series The Known Unknown, has been celebrating body positivity with her Bask Photo Series, which lovingly places non-normative bodies in the spotlight.

Late last week, TiKA posted images of her and four of her full-figured friends, her “beautiful fat femme sisters,” as she told Yahoo Lifestyle, posing in matching white outfits in Toronto’s Edwards Gardens.

Photographer Anthony Gebrehiwot helmed the shoot, which was part of the music video for TiKA’s forthcoming single, Debt.

When TiKA posed for NOW’s Love Your Body issue in 2015, she spoke eloquently about her decision to participate.

“I feel it’s important, as a staple of the Toronto music scene, to allow people to understand that I’m very much in love with my body,” she said. “It’s taken me a long time to get to this place, but I think it’s really important – especially for children and youth – to see different body types.”

Her Instagram caption for the Bask Series, however, pulled no punches: “We are everything the world hates. Fat. Black. Woman. And yet, we exist. Unapologetically and without shame. Fuck you. We love on ourselves.”

Fuck you, indeed. TiKA isn’t asking for a seat at the table. Instead, she’s claiming space for herself in the context of a media whose response to bodies that fall outside the norm is of the give-with-one-hand, take-with-the-other variety.

Consider that as of this month, Getty is banning creative content that shows models whose bodies have been retouched to either make them look thinner or larger. But it’s still permitting changes to skin and hair colour, blemishes and nose shape.

Hoping that the beauty standard will fully embrace non-normative figures makes for an exhausting and futile wait. In the meantime, take TiKA’s sage advice and love on yourself.