Vernon Shaw and Leighton Gray wrote a lot of themselves into a new dad dating simulator game, Dream Daddy. Shaw. 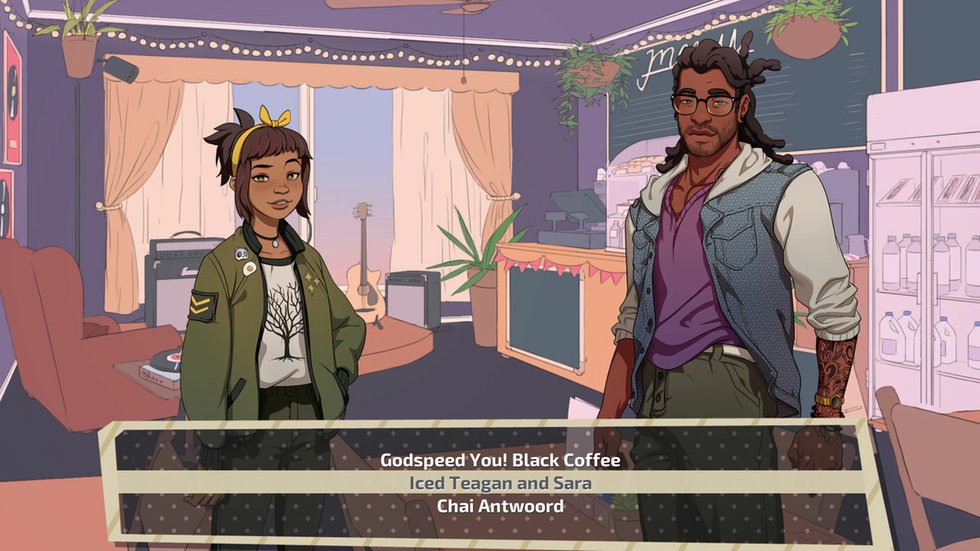 Vernon Shaw and Leighton Gray wrote a lot of themselves into a new dad dating simulator game, Dream Daddy. Shaw says that Mat, the coolest of the romanceable dads, is essentially himself. Its why in the campaign to woo him, you end up seeing one of Shaws favourite bands, Toronto noisemakers PUP playing their hit DVP. While you can interact with them, the members of PUP are not available as a dating option unfortunately.

PUP are just so energetic, says Shaw. Every one of their songs just brings so much energy. Theyre one of those bands that I can show to anyone.

Shaw and Gray are based in California and work with popular YouTube ensemble Game Grumps. While Gray has never been to Canada, Shaw has, but not to Toronto. Despite this the game seems to contain plenty of CanCon, including references to Godspeed You! Black Emperor and Tegan and Sara.

In Dream Daddy, players are a single father with a teenage daughter getting ready for college. Dad has just moved to a cul-de-sac that is coincidentally packed with other hunky dads. There are sporty dads, schlubby dads, suited dads and even a dad who looks like Alucard from Castlevania.

The aim of the game is to try to start a romance with one of your new neighbours, and in typical dating sim style, the choices you make will lead you towards various endings. On top of the PUP show, you can visit the aquarium, a mini-golf course and a cemetery. You can also play quirky mini-games along the way and even design your own dad.

On the surface, this game looks super dad-jokey, says Gray, But as you get into it, it really is a heartfelt story about growing up in a single-parent household and what it means to care for another person.

Gray says the game is as much about relationships with other parents as the one with your daughter, and each bachelor has their own kid in the picture.

Dating sims, or visual novels, have been popular in Asia for a long time, but the genre has picked up a lot in North America since digital distribution has made it easier for these games to meet their audience. Shaw and Gray say some of their biggest inspirations have been games like Rose Of Winter and We Know The Devil as well as games made by Toronto local Christine Love, like the recent Ladykiller In A Bind.

Dream Daddy has quickly become one of the biggest PC game hits of the summer. On top of the Game Grumps brand and an appetite for more queer video games, Gray believes the wide range of feelings that people have for their fathers, or father figures, may be one of the driving factors for the positive response to Dream Daddy, even before it was released. Shes still a little overwhelmed by fan art and cosplay.

The genesis of the game is even quirkier. While its an idea Gray has had for a while, it only manifested after a trip to Disneyland, where she and Shaw spoke about Instagram accounts that chronicle the DILFs around the park. The more we talked about it the more real it seemed, says Shaw.

Music has been a driving inspiration as well. On top of PUP, the two struggled with writer’s block until listening to Margaritaville 37 times in a row.

Around the 15th time we had a huge breakthrough on the story, something we had been struggling over for a long time, says Gray. It worked, but now I cant hear that song anymore without having a physical response.

Jimmy Buffett is not available as a dating option either.