The best outdoor festivals happening in Toronto this summer

From neighbourhood festivals like Dundas West Fest to free music offerings at the Toronto International Jazz Festival, the fun is outside this summer 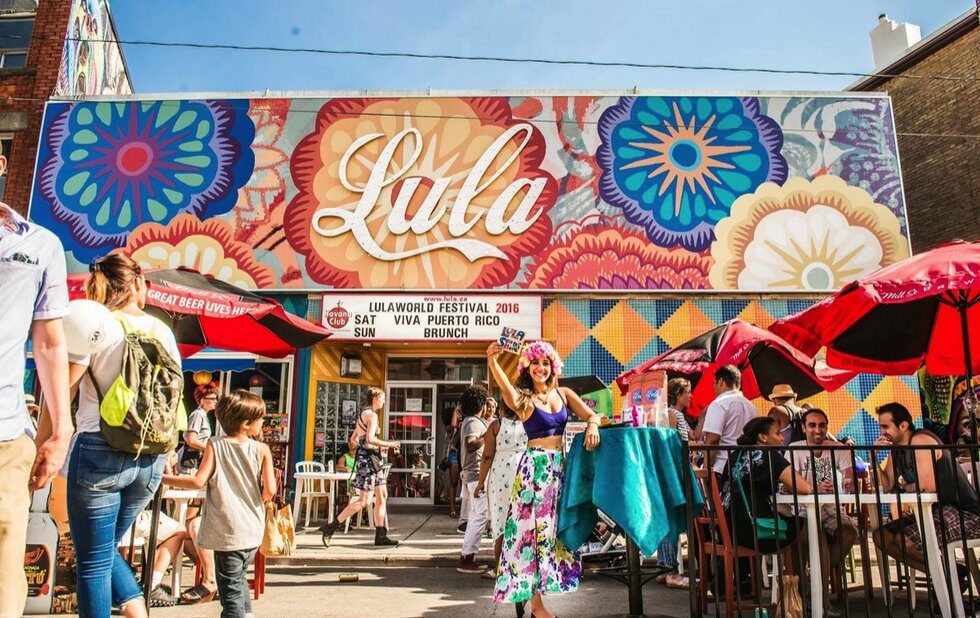 The LGBTQ’s month-long celebration scales down with a slightly smaller, more tightly programmed fest. Gone are the big pop star headliners (although Big Freedia, Tweet and Mya are among the American acts playing Pride Weekend) replaced by a focus on indie parties, drag performers and DJs that keep Toronto’s queer scene lively all year. The big weekend kicks off with Moonshine, Pierre Kwenders and Hervé Kalongo’s party for Montreal’s African diaspora, and culminates in the Pride Parade on June 23. The 519 Community Centre is also hosting its concurrent Green Space Festival at Barbara Hall Park – though the buff TreeHouse circuit party is relocating to the Ex. And Buddies in Bad Times’ Queer Pride events will run all month.

If it feels like Dundas West Fest keeps growing every year, it’s not just your imagination. The neighbourhood festival has turned into one of our biggest summer romps, spanning 12 city blocks and featuring dozens of businesses, musicians, artists and community members. Last year’s festival brought out over 80,000 people, and this year you can expect the same – both days go until midnight. Grab some street food and sit on the curb to people-watch while enjoying the sounds of salsa, indie rock and more.

June 7-8 on Dundas West (between Lansdowne and Ossington). Free. dundaswestfest.ca

DECOLONIZE AT THE INDIGENOUS ARTS FESTIVAL

The Junction’s eighth annual Summer Solstice Festival celebrates the longest day of the year with its biggest blast yet. Live music, art market, street performers, food and more run from noon to midnight. This year’s theme is retro-inspired beach party, so dress accordingly.

June 22 at Keele and Dundas West (and beyond). Free. thejunctionbia.ca 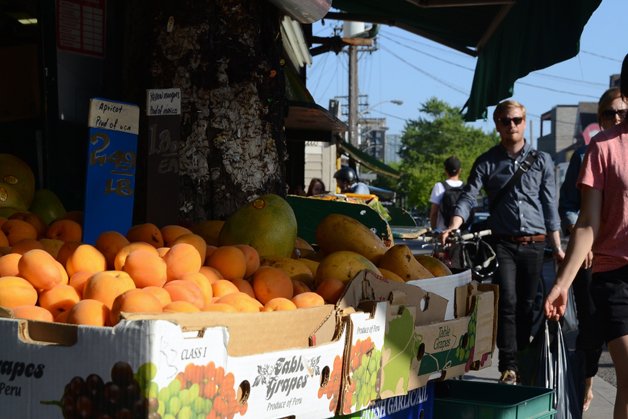 Pedestrian Sundays shut down the streets of Kensington Market once a month from June 30 to October 27.

RECLAIM THE STREETS AT PEDESTRIAN SUNDAYS IN KENSINGTON

The monthly ode to community, culture, ecology and car-free streets (and changing the way we perceive them) kicks off its 16th year. The showcase of music, local vendors and performance art takes place on the last Sunday of every month until October. The streets are yours from noon to 7 pm. Smaller evening closures will take place from 7 to 10 pm.

GET ON BAD AT TORONTO CARIBBEAN CARNIVAL PARADE

Head on down to Lakeshore and chant “Famalay-lay-lay-lay-lay-lay-lay-lay-lay.” Soca icons Skinny Fabulous, Machel Montano and Bunji Garlin’s collab tune Famalay won the Trinidad Carnival’s Road March, which means it’ll be sounding off plenty at Toronto Caribbean Carnival. Watch the parade, or get in on the action with Mas Bands like the Toronto Revellers, Tribal Carnival, Louis Saldenah Mas-K-Club and so many more.

WINE IT UP AT CARNIVAL KINGDOM

Last year’s Carnival Kingdom, a flagship outdoor soca fete held every Carnival weekend, was abruptly cancelled. The city of Vaughan revoked SOS Fest’s permits at the 11th hour, citing noise complaints from a previous night’s event hosted by promoters SOS Fest, but many suspected racism. Thousands were sent home, including headlining talents Machel Montano and Destra. Montano is returning for this year’s Carnival Kingdom, an event that year after year consists of the biggest soca talents and most jubilant crowds. This year the SOS team is boasting a new tag line: “Back Like We Never Left.”

QUEER UP CARIBANA WEEKEND AT BLOCKOBANA

Queer parties are becoming a staple of Caribbean Carnival weekend, essentially giving queer Black Torontonians a second Pride. One of the biggest jams is the day-long, family-friendly Blockobana, organized by Blackness Yes (the team behind Pride’s Blockorama). DJs Blackcat and Craig Dominic and Toronto Kiki Ballroom Alliance are among the confirmed acts for the ninth edition. More details will be announced in the summer months.

Get your jerk with rice and peas and a rocksteady beat. The cultural festival celebrating Jamaica’s food and music has bumped around the city over the years: York University, a Jane and Finch mall parking lot, Downsview Park and now Pioneer Village. There will be food, singers, drummers, dancing and activities for the kids at the festival, which this year is honouring Marcus Garvey’s birthday.

GET CULTURED AT THE CHINATOWN FESTIVAL

August 17-18 on Spadina, from St.Andrew to Sullivan. Free. chinatownbia.com

JET TO BRAZIL AT THE PAN AMERICAN FOOD & MUSIC FESTIVAL

Savour the diverse cultures of Central and South America at this free outdoor event at Yonge and Dundas. Now in its fifth year, the Pan Am Fest promises live music and dance performances, including the fest’s first-ever talent competition. But the food lineup is an even bigger draw, with a vendors’ market and demos running all weekend. A particular highlight: two cooking contests – the Superheroes of Ceviches and Empanada Armada competitions – will let audience members vote for their favourite bite.