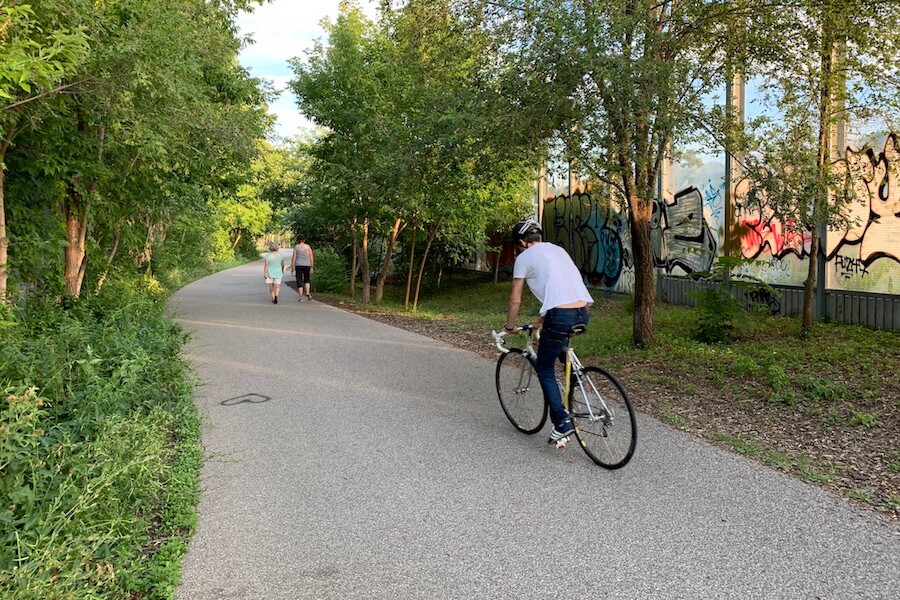 If you’re tired of being cooped up for months and don’t want to let summer pass without enjoying the nice weather, there’s nothing better than a stroll to clear your head. In this series, I’ll be exploring some of the city’s parks and streets. First up: the two-kilometre West Toronto Railpath, perfect for a half-hour walk.

If you’ve ever gone to the Henderson Brewing Co. or the Museum of Contemporary Art Toronto (MOCA), you’ve probably passed the entrance to one of the most pleasant walks in the city.

Opened in 2009, the two-kilometre path is pretty quiet, surrounded on either side by greenery, a mix of plants and trees. (Note: there are occasional signs warning about poison ivy.) To the west are train tracks – you may see the UP Train heading to Pearson airport. And to the right are the buildings along Sterling. 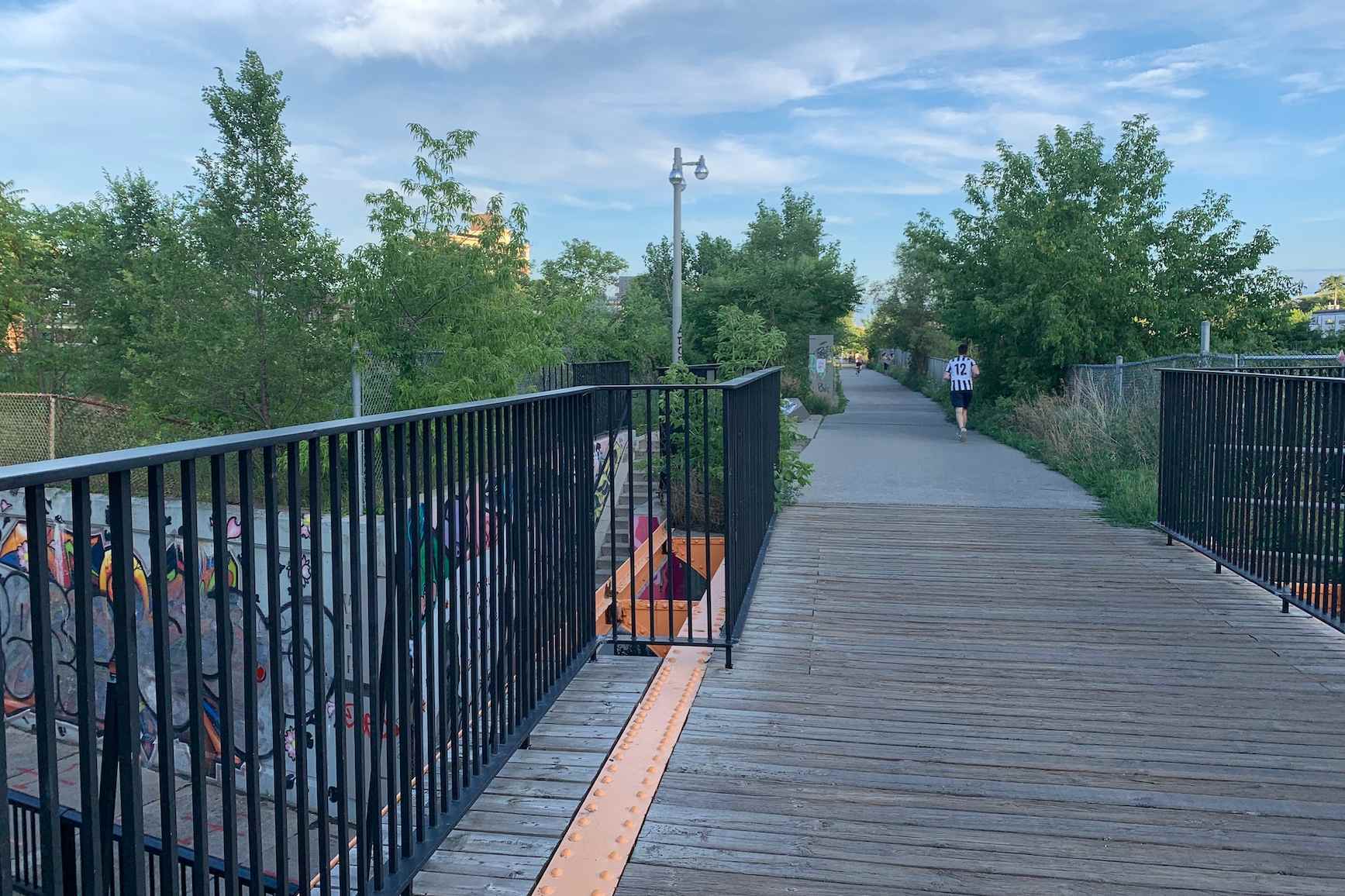 The Railpath offers another way to cross Bloor West.

Who’s on the path?

I went on a weeknight, and the path was busy but not uncomfortable. Lots of cyclists, joggers and walkers, some of them with dogs (required to be on a leash). There’s no dividing line for cyclists, and not a single one of the dozens of riders I saw rang a bell when approaching a walker from behind. Many of the joggers also passed quickly, some of them wheezing – moistly.

The Railpath is definitely a single path. It doesn’t branch off anywhere, except for the occasional exit to a building. (Henderson conveniently has one.) And south of Bloor, there’s only one sitting area, about midway along the path, on three repurposed wooden cable spools. When I passed by, people were lounging on all of them, some smoking pot.

There are several entry points, including one conveniently on Bloor West. You can also get onto the Bloor GO Train line directly from the path. And there are three BikeShare stations along the route. There are no steps at the path’s main entry and exit points, but some of the mid-path exits are by stairs only. And keep in mind that the path isn’t very wide. 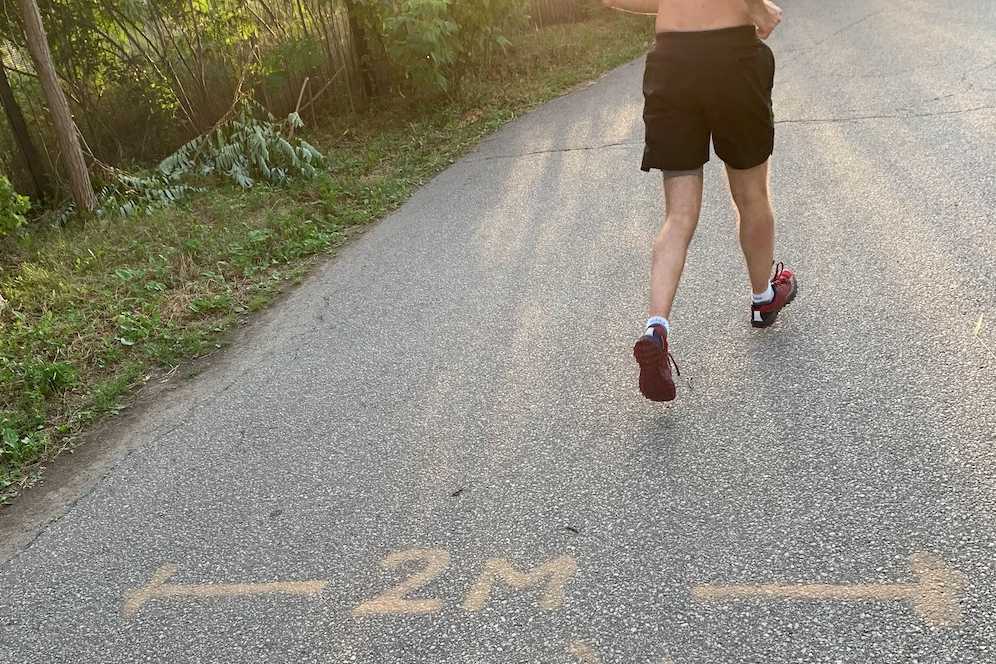 Someone has marked out what the physically-distanced 2m looks like on the path.

What’s there to see?

Besides the greenery, there’s lots of public art, including sculptures, murals and graffiti. When I walked, there were plenty of Black Lives Matter markings. And someone had helpfully marked out what two metres distance looks like. I ran into a friend during my trip who said to look out for animals like rabbits and raccoons at night. There have even been coyote sightings, he said. 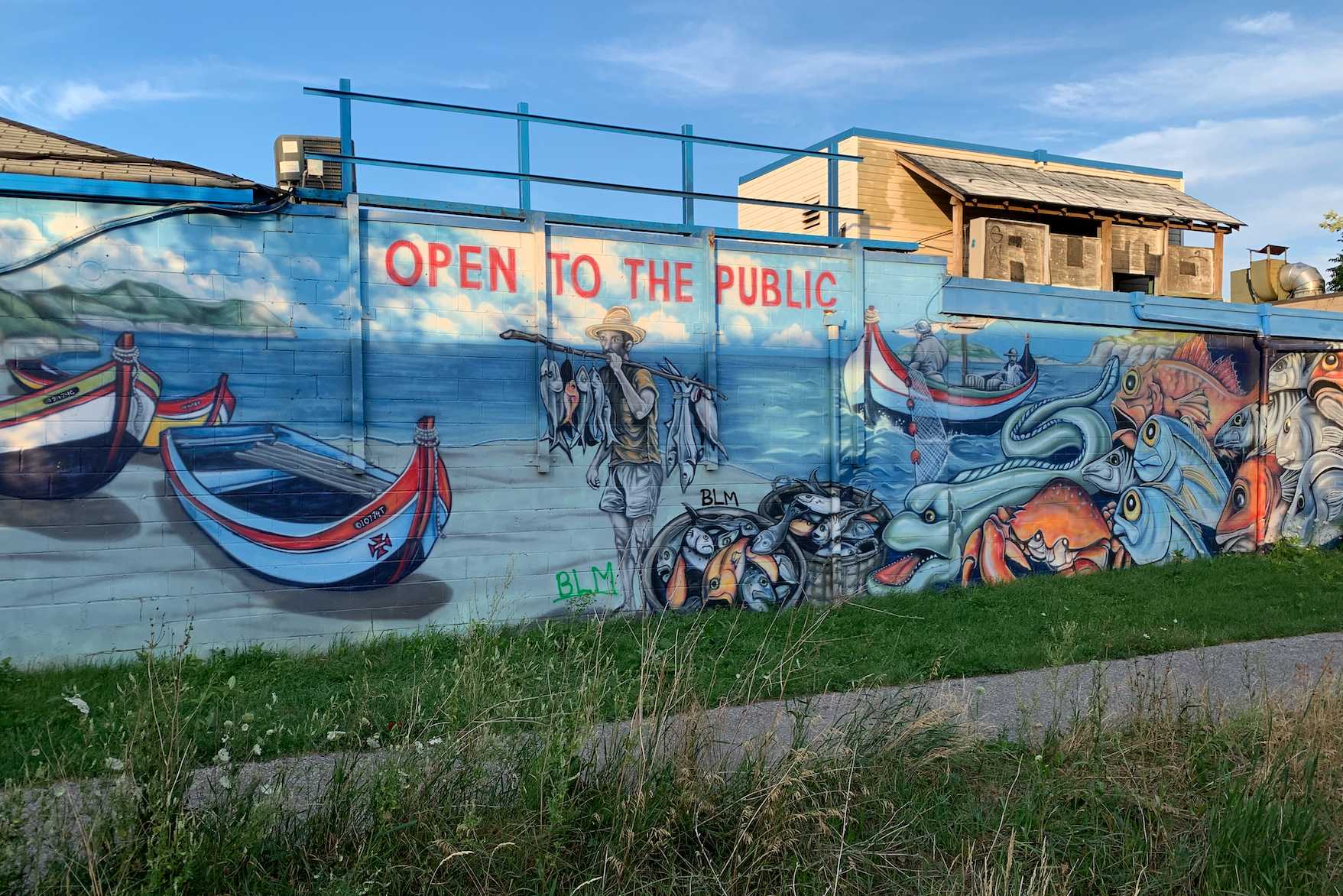 Murals and graffiti line the walls of the Railpath.

At about 30 minutes from end to end, it’s not the longest walk, but it definitely provides a nice break from the urban jungle. I can see why cyclists use it to get around – the streets around this area aren’t the most bike-friendly. There are plans to extend the path two kilometres south to Abell (just above King), possibly as soon as 2022. When that happens, it could become an ideal north-south route for walkers and cyclists.